The Latest: JPMorgan pulls out of ‘Davos in the Desert’ 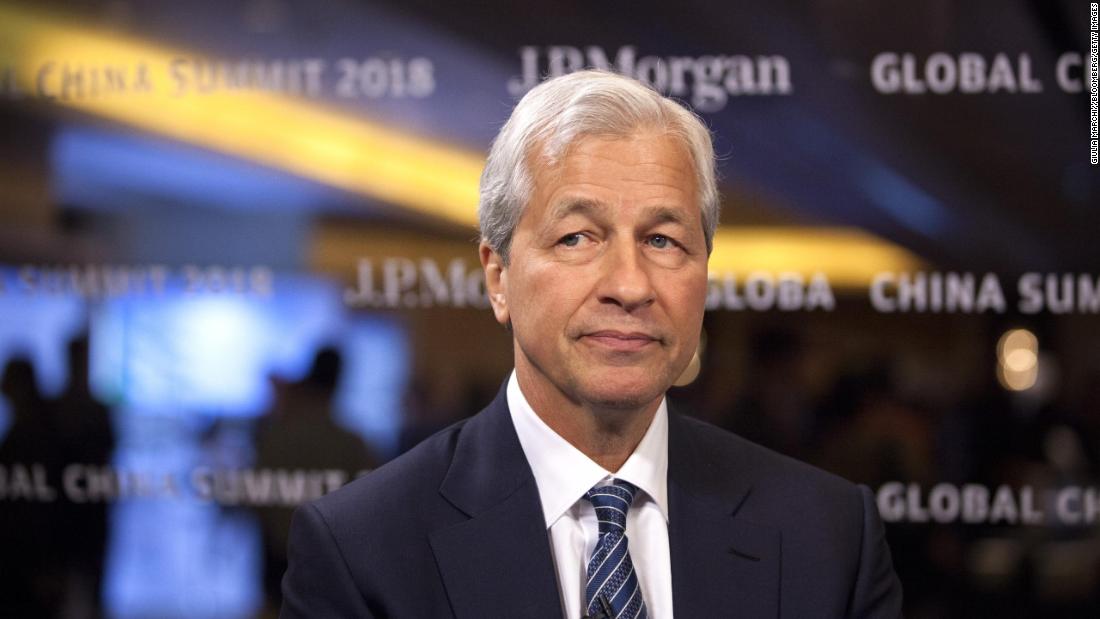 ISTANBUL — The Latest on the disappearance of a Saudi writer who Turkish officials fear was killed inside the Saudi Consulate in Istanbul (all times local):

Jamie Dimon, JPMorgan Chase’s chief executive and chairman, has decided not to participate in Saudi Arabia’s “Davos in the Desert” event this month as the outrage over the disappearance of journalist Jamal Khashoggi continues to grow.

Dimon was asked last week if he was going to participate in the event, but declined to comment. A JPMorgan spokesman said the bank was not giving any additional comment on Dimon’s decision to pull out.

The kingdom has called such allegations “baseless” but has not offered any evidence Khashoggi ever left the consulate.

Turkey says an “inspection” of the Saudi Consulate in Istanbul is expected to take place late this afternoon, nearly two weeks after Jamal Khashoggi disappeared there.

A Foreign Ministry official told The Associated Press on Monday that the inspection would be a joint one carried out by Turkish and Saudi officials. He spoke on condition of anonymity in line with government regulations.

The inspection comes after the disappearance of the Saudi writer, who vanished Oct. 2 on a visit to the consulate.

Turkish officials fear Saudi authorities killed and dismembered Khashoggi. Saudi Arabia calls the allegation “baseless,” but has yet to explain how the writer simply vanished while visiting the consulate as his fiancée stood outside waiting for him.

Pakistan has urged Turkey and Saudi Arabia to work together to resolve the case of missing journalist Jamal Khashoggi, who disappeared on a visit to the Saudi Consulate in Istanbul earlier this month.

Turkish officials fear that Khashoggi, a columnist for the Washington Post, was killed inside the Saudi Consulate when he went there on Oct. 2.

Pakistan, which enjoys friendly relations with both Turkey and the kingdom, says it hopes that the “two brotherly countries will be able to jointly address the matter.”

A statement from the Ministry of Foreign Affairs says that since an investigation is ongoing into the matter, “it would therefore be appropriate to await the outcome.”

Australia’s foreign minister says she is deeply concerned by the disappearance and suspected murder of Saudi journalist Jamal Khashoggi.

He vanished during a visit to the Saudi Consulate in Istanbul almost two weeks ago.

Foreign Minister Marise Payne says she is discussing with government colleagues and officials in her department how Australia will react.

She told reporters: “I have expressed my very deep concerns over what appears to have occurred in Turkey. I will be speaking with my colleagues to determine Australia’s next step.”

Saudi newspapers have published aggressive front-page headlines, mirroring a statement by the kingdom warning that it won’t be threatened amid concerns about the disappearance of journalist Jamal Khashoggi.

The Arabic-language daily Okaz wrote a headline on Monday in English warning: “Don’t Test Our Patience.” It showed a clenched fist.

The Arab News said: “Saudi Arabia ‘will not be bullied’.”

The Arab News’ headline was above a front-page editorial by Dubai-based real-estate tycoon Khalaf al-Habtoor calling on Gulf Arab nations to boycott international firms now backing out of a planned economic summit in Riyadh later this month.

Al-Habtoor wrote: “Together we must prove we will not be bullied or else, mark my words, once they have finished kicking the kingdom, we will be next in line.”

Saudi Arabia has threatened to retaliate for any sanctions imposed against it. President Donald Trump says the oil-rich kingdom deserves “severe punishment” if it is responsible for the disappearance and suspected murder of Washington Post contributor Jamal Khashoggi.

The warning from the world’s top oil exporter came Sunday after a turbulent day on the Saudi stock exchange, which plunged as much as 7 percent at one point.

The statement was issued as international concern grew over the writer who vanished on a visit to the Saudi Consulate in Istanbul over a week ago. American lawmakers have threatened tough punitive action against the Saudis, and Germany, France and Britain jointly called for a “credible investigation” into Khashoggi’s disappearance.