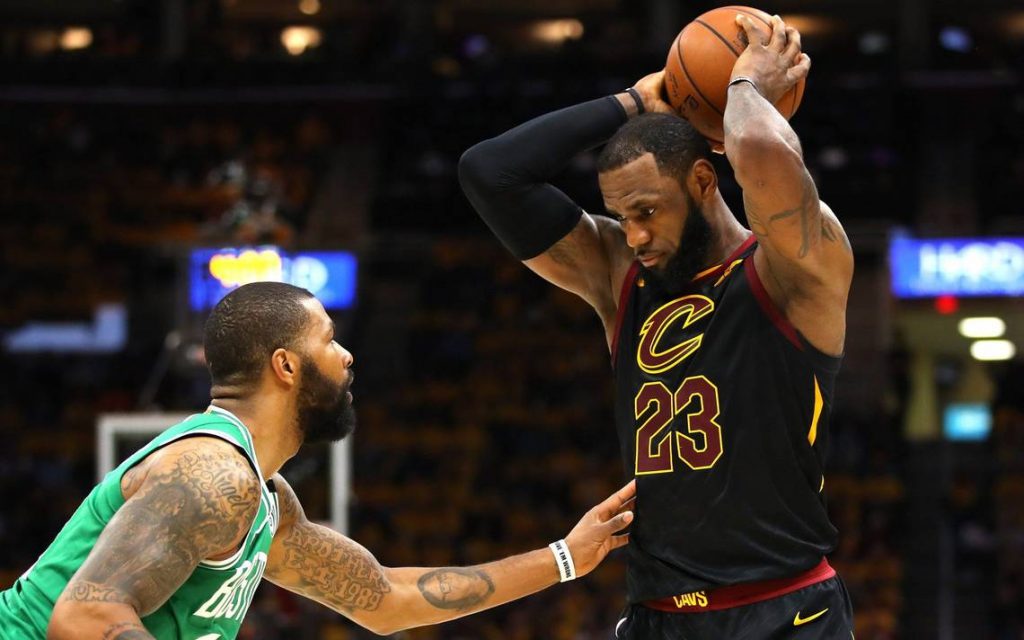 LeBron James has done it again. Time after time during his storied career, he has faced series disadvantages that would make bet-makers shudder. And time and time again, he has found a way to overcome.

After falling 2-0 against the hobbled Boston Celtics, LeBron James, Kevin Love, Kyle Korver and the remaining Cleveland Cavaliers took the series back home to the Quicken Loans Arena, where they made fast work of Boston’s finest. Game 3 resulted in a serious blowout, following the resurgence of the often-absent Cavaliers role players.

But Game 4, again in Cleveland, was a classic LeBron James spectacle game. The King put up 44 points, five rebounds and three assists in a dominant show out. That’s not to say the Cavs’ victory was a one man show – no basketball player is an island. As The Washington Post put it, “Tristan Thompson had 13 points, 12 rebounds, two assists, one steal and two blocks. George Hill had 13 points, four rebounds, three assists, two steals, and Kyle Korver had 14 points. While Kevin Love had just nine points and six turnovers, he had 11 rebounds, three assists and got a couple of massive put-back buckets in the second half to stunt Boston runs.”

From the first quarter, the Cavaliers were in control, despite valiant attempts by the young-gun Celtics to come back. “Jaylen Brown led Boston with 25 points, and the Celtics had all five starters in double figures, but it never felt – despite the many runs Boston made – that the Celtics were going to push their way back into this one. Every time they had a chance, the Cavaliers managed to make a mini-run themselves to push the lead back to double digits and keep themselves at a safe distance,” The Washington Post reported.

The real challenge for the Cavs will be taking a gem in the dreaded Boston Garden, where LeBron James has had some of the greatest successes, and losses, of his career. “But it’s hard to imagine anyone thinking having to win a road game is going to stop James after everything he’s done in his career. And after putting up 44 points, five rebounds and three assists in Game 4, he appears primed and ready to go back to Boston – a city in which he’s had so much playoff history already – and muster another brilliant performance,” The Washington Post said.

“I’ve put a lot of work in day in and day out with my body, working on my game every day, trying to put myself in the best condition I can be in the postseason,” said James, who passed Kareem Abdul-Jabbar for the most playoff field goals in NBA history during the game. “It’s a hostile environment,” James added of Boston. We understand that. There’s no love in there if you don’t have on green. If you don’t bleed green, there’s no love for you. They have not lost a postseason game on their home court, so they’re going to be extremely confident. But if we play like we did in Games 3 and 4, we’ll have a good chance.”

It’s clear that LeBron is a man on a mission this year after getting stomped by the Golden State Warriors in the Finals last year. But Boston should still present a formidable challenge. Though they lack the star power of someone like James, they make up for it with some of the best coaching in the NBA, the energy and spunk of young players and a defensive identity that is all but unmatched. Only one thing is for certain: Game 5, and the games beyond, can’t be missed.