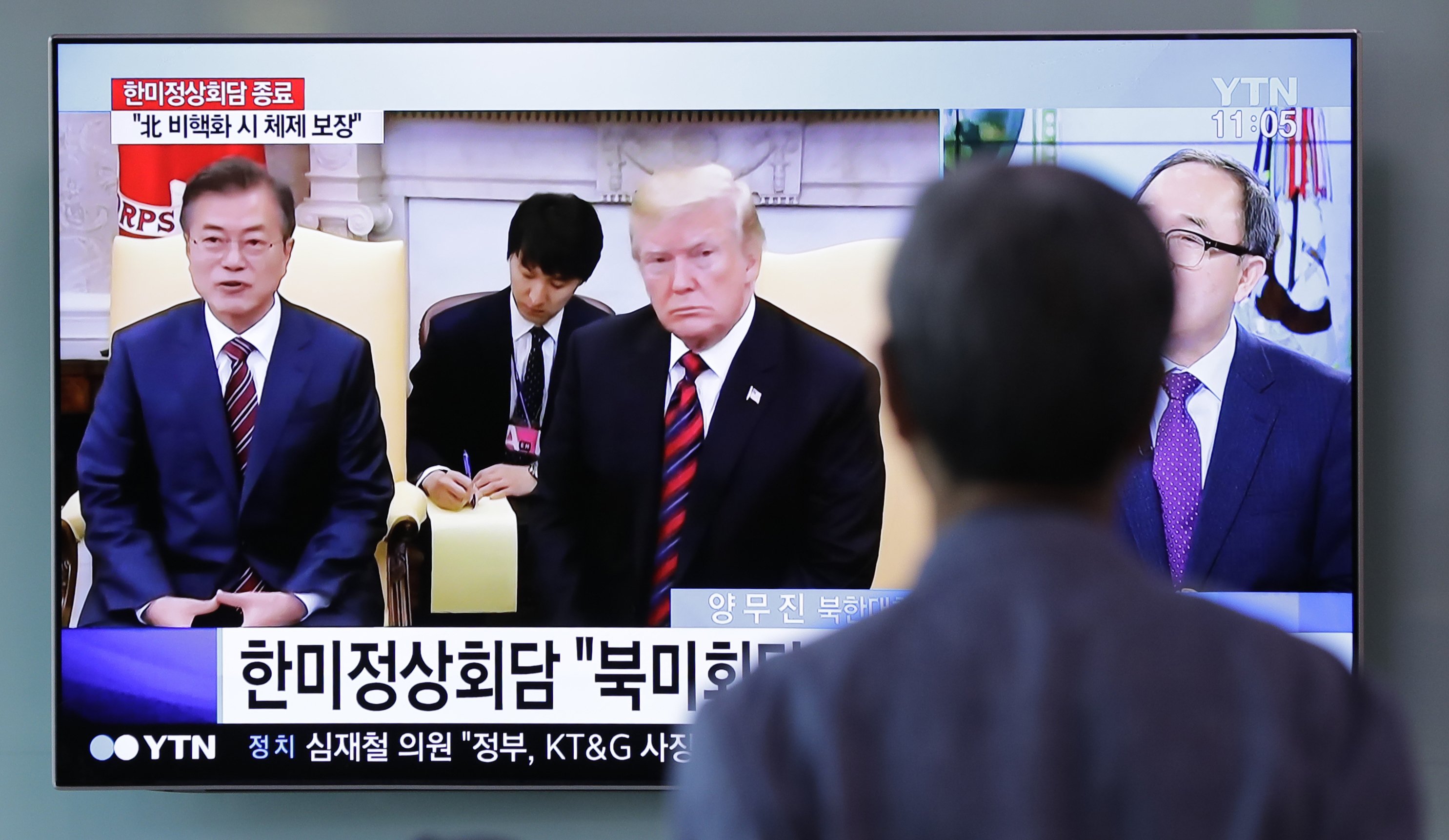 Secretary of State Mike Pompeo says preparations are still underway for Trump’s historic summit with Kim Jong Un next month even after the U.S. president expressed pessimism it will take place as scheduled.

2. HISTORY COULD BE MADE IN GEORGIA ELECTION

Las Vegas casinos could watch tens of thousands of employees walk off the job for the first time in more than three decades after union workers vote to authorize a strike.

4. HOW SOME STATES ARE DEALING WITH OPIOID CRISIS

An Associated Press check of data in some key states finds that the use of involuntary commitment for drug addiction is rising.

5. WHAT INDUSTRY IS EMERGING IN VENEZUELA

Dozens of remittances operations have opened to let migrants transfer earnings abroad to relatives, an amount totaling about a $1 billion each year.

Philip Roth, the novelist and fearless narrator of sex, death, assimilation and fate, from the comic madness of “Portnoy’s Complaint” to the elegiac lyricism of “American Pastoral,” was 85.

The thorny issue of gun control is on the agenda as Republican Greg Abbott, a staunch supporter of gun rights, continues meetings on school violence and safety.

The president declines to say whether he has confidence in Deputy Attorney General Rod Rosenstein after the White House negotiated access to classified documents for Trump’s congressional allies.

The French president will try to persuade them to use their global influence to protect worker rights and privacy, and invest in tech literacy for the masses.