Oppose the Second Amendment? You should lose the First Amendment 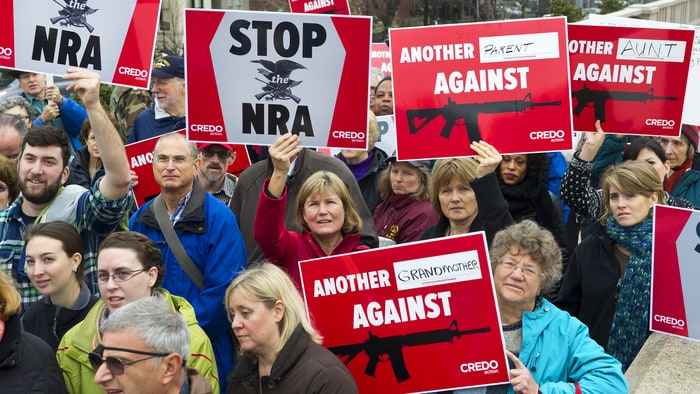 Last week’s mass shooting in Texas brought renewed calls for restrictions on gun rights. Opponents of gun rights tell us that they aren’t coming to grab our guns. Well, except for this guy. And this guy. And her and her. The nice thing about social media is that people can say exactly what they feel, with no filter.

The United States has, unfortunately, long been home to extremists who seek to trample on the rights of others.  It has also been home to a much larger group – busybodies who abuse our democracy to pass laws designed only to harass groups they don’t like – something our friends on the Left seem to have recently noticed as well.  There is little legal and social cost to being a tattletale, let alone to voting to restrict the rights of others.

Therefore, I propose a new law: those who oppose the Second Amendment will lose their right to the freedoms granted to us in the First Amendment, such as the right to free speech, to a free press and to petition Congress to change the laws.

While my law may seem extreme, I urge opponents of this proposed law to think of all of the children that can be saved. Innocent children would be spared the hateful bullying of anti-Second Amendment folks, as the latter group wouldn’t have the right to voice their views. Social media fights over gun rights would be eliminated, as one side of the issue would be banned, the same way that racist rhetoric is banned on most social media platforms. And with anti-NRA political groups banned, American gun owners wouldn’t have to worry about anti-gun groups harassing them with techniques very similar to the ones the KKK used against the NAACP decades ago, including airing the personal information of gun owners in newspapers.

Of course, not every gun-grabber wants to seize every last gun in America, and for these anti-gun moderates, I don’t advocate taking 100% of their First Amendment rights. For example, under my proposed law, if someone wants to restrict any gun containing post-19th century technology, then this person would lose his right to speak using post-19th century technology. Since he wants to ban most guns besides muskets, his free speech rights should be limited to shouting on street corners and operating non-electric printing presses. Every gun-grabber could have individually-tailored restrictions. Common sense speech control!

In a world that often fails to recognize satire, I should note that I’m not being serious. I am horrified at the thought of a government that can easily restrict the civil rights of its citizens. We don’t live in a pure democracy; we live in a constitutional democracy, one where judges are obligated to invalidate laws that violate the Constitution.

Too often in our nation’s history, legislative bodies have passed laws out of animosity for another group, violating said group’s civil rights. In fact, countless anti-gun laws of the past were aimed at preventing African Americans from owning guns or restricting the rights of Japanese-Americans in the western United States.