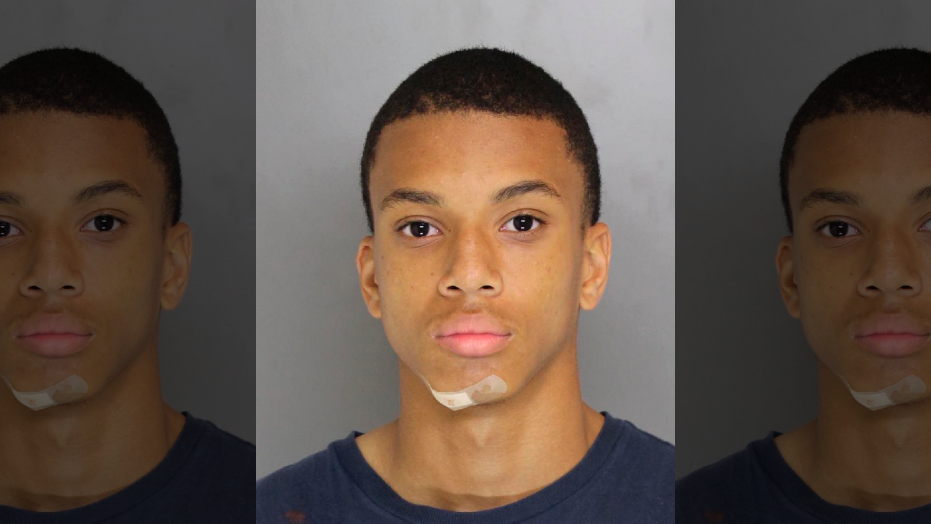 PERRY HALL, Md. — Three more teens have been charged as adults with first-degree murder in the death of a Maryland police officer, authorities said Wednesday.

The three, who were taken into custody Tuesday in Baltimore, are also charged with first-degree burglary. Court records did not list defense attorneys.

A fourth suspect, 16-year-old Dawnta Anthony Harris, is also charged with first-degree murder and was ordered held without bond after a hearing Tuesday in which a judge described him as a “one-man crime wave.” The Associated Press does not ordinarily identify underage suspects unless they face adult charges.

A defense lawyer requested that Harris be sent to a juvenile lockup, but prosecutors noted his series of auto theft arrests and a repeated history of running away from juvenile facilities.

Caprio was run down Monday by a stolen Jeep driven by Harris after she responded to a report of a suspicious vehicle, investigators have said.

The slain officer’s body camera footage clearly shows Harris accelerating the Jeep at her after she tried to apprehend him on the cul-de-sac in the suburban Perry Hall community northeast of Baltimore, prosecutor William Bickel said during a bail hearing Tuesday.

“She fired her weapon. He ran over her,” Bickel said.

The three other teens were burglarizing a home while Harris was in the Jeep, according to authorities and court documents.

But Shellenberger said Tuesday that Maryland’s felony murder law means they can also be held responsible “for everything that occurs as a result of that burglary, including when their co-defendant is outside running over a police officer and killing her.”

Harris was apprehended shortly after abandoning the Jeep, which had been stolen May 18 in Baltimore, he said. According to probable cause statement, Harris admitted as much, telling a detective that he “drove at the officer.”

Harris was supposed to be on house arrest and was still wearing a court-ordered ankle bracelet when he ran down Caprio, authorities said. The ninth-grader was on house arrest at his mother’s West Baltimore home, but ran away May 14, they said.

Sam Abed, the Maryland Secretary of Juvenile Services, said at a news conference that his department had made “many attempts” to contact Harris after he went missing from his mother’s house but was unsuccessful.

The ankle bracelet Harris was wearing Monday simply indicated whether he was inside or outside his home — it did not track his whereabouts, Shellenberger said.

“Did the system not work?” police Chief Terrence Sheridan said. “It sounds like … it could have worked better in this particular case.”

Caprio, who would have been on the force four years in July, was smart, athletic and energetic, just the type of officer you want to hire, Sheridan said. She and her husband were to start vacation this weekend to celebrate their third wedding anniversary and their upcoming birthdays, police said.

A medical examiner determined she died of trauma to the head and torso, according to Sheridan.

“The community I represent stands united in grief for this fallen police officer, and our hope is that all those involved are brought to justice,” Marks said.