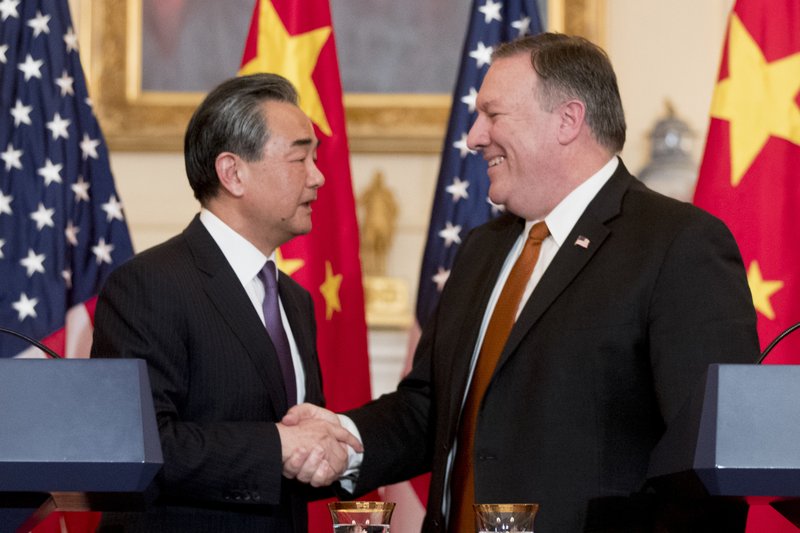 BEIJING — China’s Defense Ministry on Thursday criticized as “unconstructive” Washington’s withdrawal of an invitation for it to participate in a multinational naval exercise the U.S. is hosting this summer.

A statement on the ministry’s website said the move would do nothing to change China’s resolve to “play a role in maintaining peace and stability in the Asia-Pacific region.”

The U.S. move raises the prospect of a renewed chill in military relations between the two countries amid high-stakes maneuvering over North Korea’s nuclear program, which is scheduled to be the subject of a meeting in June between President Donald Trump and the North’s leader, Kim Jong Un.

The U.S. had included China in the past two versions of the naval exercise known as Rim of the Pacific, or RimPac, in 2014 and 2016.

A Pentagon statement said the decision to disinvite the Chinese navy was “an initial response” to what it called China’s militarization of the South China Sea, which China claims almost in its entirety.

The RimPac engagements had been part of an effort by the administration of former President Barack Obama to stabilize military relations with Beijing even as Washington challenged China to stop placing military assets in the South China Sea. China is pitted against smaller neighbors in multiple disputes over islands, coral reefs and lagoons in waters crucial for global commerce and rich in fish and potential oil and gas reserves.

The Pentagon cited what it called strong evidence that China has deployed anti-ship missiles, surface-to-air missile systems and electronic jammers to contested areas in the Spratly Island region of the South China Sea. It called on China to remove these systems.