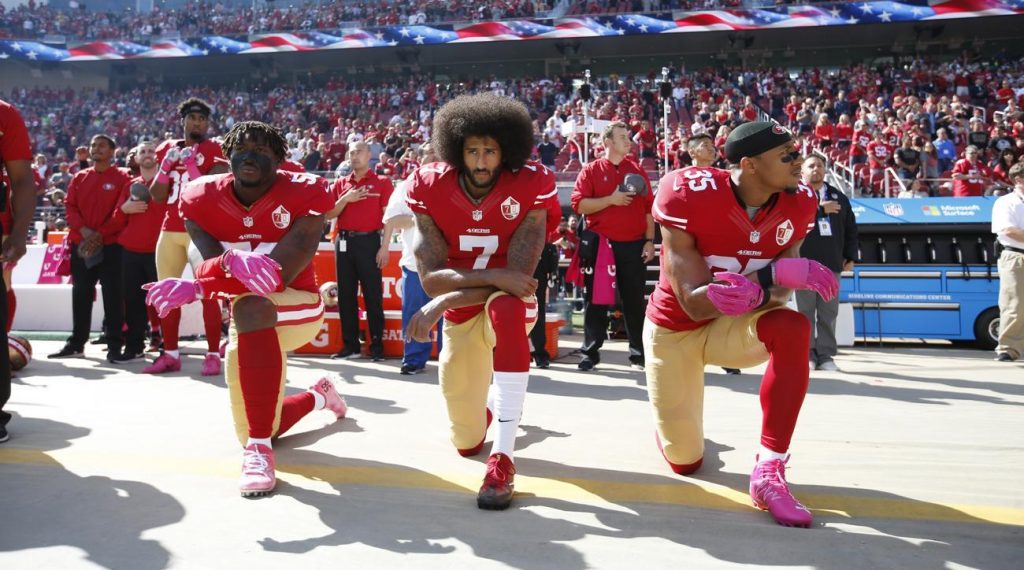 As Martin Luther King Jr. famously said, “The ultimate measure of a man is not where he stands in moments of comfort and convenience, but where he stands at times of challenge and controversy.” Now we will see the ultimate measure of the NFL players who claim they so passionately want to continue pursuing their protests during pre-game national anthems.

Since Sept. 2016 when then-San Francisco 49ers quarterback Colin Kaepernick began kneeling during the performance of the national anthem before NFL games, several NFL players from multiple teams have joined him by protesting police brutality the same way.

Earlier this week, NFL owners unanimously — with the exception of one abstention from the 49ers owner — implemented new rules that require players on the field during the national anthem to stand. Players will also have the option to remain in the locker room during the national anthem. Players who violate these rules will have their teams fined and presumably the teams will transfer these fines to the players themselves.

It’s easy to understand both sides of the controversy. On the one hand, one must understand the reasoning behind this decision from the owners. It is obvious that the majority of the NFL-watching public finds the protests distasteful. NFL ratings dropped over nine percent in the 2017 season after the protests began.

Now that NFL owners have given the protestors a choice — stop the protests or pay a fine — we will see whether these players really do care about protesting or if it is all a media stunt.

Until now, protesting has cost players nothing. They take a knee during a two-minute singing performance, continue playing the sport they love and go home cashing in millions of dollars off their contract.

To the anger and frustration of many players, NFL owners did not consider feedback from the Players Association before making their decision. This gives players a valid reason to be upset.

But if their protests against police brutality, African-American oppression and Donald Trump are genuine and sincere, they will be willing to lose something — to sacrifice — for the continuation of their expressions and fight what they claim is now the oppression of the owners against them.

Indeed, just as King said, this will be the “ultimate measure” of how much they truly care about the issues they claim are so important that they are worth the public scorn of the entire league.