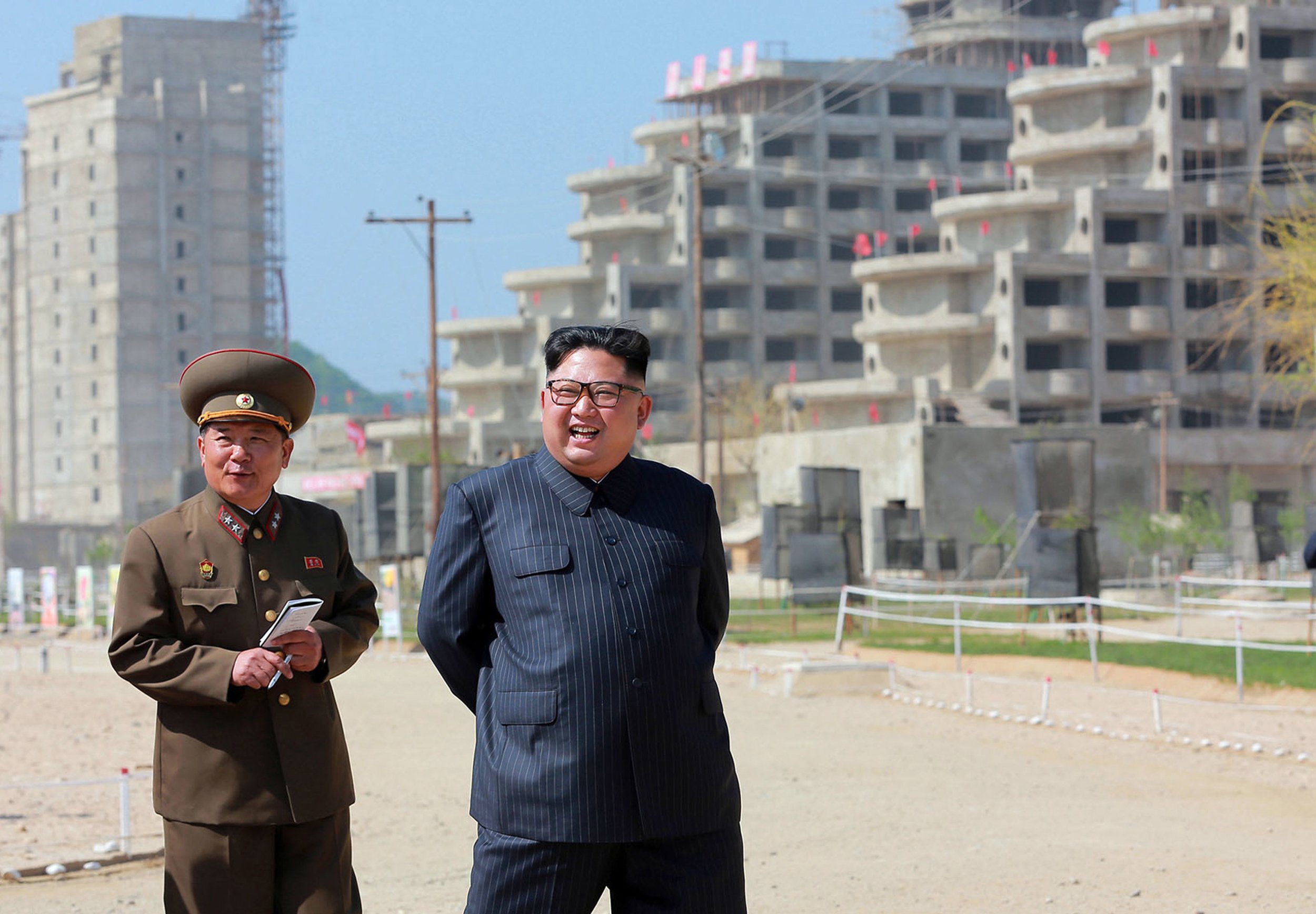 TOKYO — The U.S.-North Korea summit appears to be back on track, but Pyongyang is showing increased impatience at comments coming out of Washington that what leader Kim Jong Un really wants, even more than his nuclear security blanket, is American-style prosperity.

It’s a core issue for Kim and a message President Donald Trump shouldn’t ignore as they work to nail down their summit next month in Singapore.

Kim is as enthusiastic as Trump to see the summit happen as soon as possible, but the claim that his sudden switch to diplomacy over the past several months shows he is aching for U.S. economic aid and private-sector knowhow presents a major problem for the North Korean leader, who can’t be seen as going into the summit with his hat in his hand.

The claim is also quite possibly off target.

North Korea is far more interested in improving trade with China, its economic lifeline, and with South Korea, which it sees as a potential goldmine for tourism and large-scale joint projects. Getting the U.S. to back off sanctions so he can pursue those goals, along with the boost to his legitimacy and whatever security guarantees he can take home, is more likely foremost on Kim’s mind.

Even so, the North’s perceived thirst for U.S. economic aid has consistently been the message coming from Trump and his senior officials. All Kim needs to do, they suggest, is commit to denuclearization and American entrepreneurs will be ready to unleash their miracles on the country’s sad-sack economy.

“I truly believe North Korea has brilliant potential and will be a great economic and financial nation one day,” Trump tweeted Sunday. “Kim Jong Un agrees with me on this.”

Secretary of State Mike Pompeo has laid Washington’s roadmap out in more detail.

“We can create conditions for real economic prosperity for the North Korean people that will rival that of the South,” he said earlier this month in a televised interview. “It won’t be U.S. taxpayers. It will be American knowhow, knowledge, entrepreneurs and risk-takers working alongside the North Korean people to create a robust economy for their people.”

Pompeo suggested Americans help to build out the North’s energy grid, develop its infrastructure and deliver the finest agricultural equipment and technology “so they can eat meat and have healthy lives.”

Kim has emphatically not agreed to any of that.

Under Trump’s “maximum pressure” policy, international sanctions on North Korea are stronger than ever before. Sanctions relief would open the door for more trade with China, South Korea and possibly Russia — partners North Korea trusts more than it trusts Washington — and potentially unlock access to global financial institutions.

The last thing Kim wants is to give up his nuclear weapons only to have his country overrun with American businessmen and entrepreneurs.

To Pyongyang’s ears, that scenario is less an offer than a threat.

Despite its very real need for foreign investment, Kim’s regime has good reason to be wary of economic aid in general. Opening up to aid inevitably involves some degree of increased contact with potentially disruptive outsiders, calls for change, loosening of controls and restrictions — all of which could be seen as a threat to Kim’s near absolute authority.

North Korea’s message on that has been clear.

Almost as soon as Pompeo started talking about his plan to rebuild the North’s economy, Kim Kye Gwan, the North’s first vice foreign minister, shot back that Pyongyang has no interest in that kind of help, saying “we have never had any expectation of U.S. support in carrying out our economic construction and will not at all make such a deal in future, too.”

State media unleashed another attack on the idea Sunday, calling Fox News, CBS and CNN “hack media on the payroll of power” for airing programs that featured U.S. officials talking about how large-scale, non-governmental economic aid awaits North Korea if it moves toward verifiable and irreversible denuclearization.

The North’s media has been careful not to criticize Trump directly.

But the issue is sensitive enough that the North has also stepped up its response in ideological terms, stressing the superiority of the socialist system and the value of independence, while warning against the underhanded scheming of the “imperialists,” which in North Korea speak is interchangeable with “Americans.”

“It is the calculation of the imperialists that they can attain their aims without firing a single shot if they make the people degenerate and disintegrate ideologically and foment social disorder,” said a typical editorial in the ruling party’s newspaper, also on Sunday.

The commentary went on to call the capitalist way of life “ideological and cultural poisoning” and concluded: “Unless such poisoning is prevented, it would be impossible to defend independence and socialism and achieve the independent development of each country and nation.”