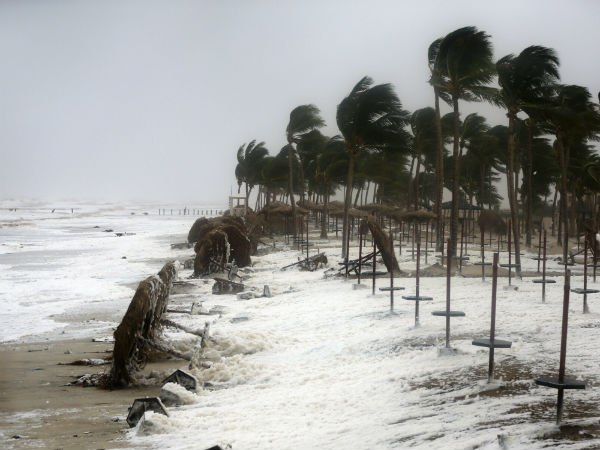 TRYON, N.C. — North Carolina’s governor is urging his state’s residents to exercise caution as rains from a subtropical depression spread into his and other Southern states, noting the deaths of two broadcast journalists killed by a falling tree as they reported on the severe weather associated with Alberto.

The television news anchor and a photojournalist colleague were killed Monday in North Carolina while covering the very fringes of the large system whose core made landfall hundreds of miles (kilometers) away on the northern Gulf Coast. Authorities said a tree became uprooted from rain-soaked soil and toppled on the news team’s SUV, killing the two instantly.

“Two journalists working to keep the public informed about this storm have tragically lost their lives, and we mourn with their families, friends and colleagues,” Cooper said in a statement. “North Carolina needs to take Alberto seriously. I urge everyone to keep a close eye on forecasts, warnings and road conditions, especially in western North Carolina where even heavier rain is predicted.”

The dead were identified as working for a station based in Greenville, South Carolina.

WYFF-TV Anchor Mike McCormick and photojournalist Aaron Smeltzer both had worked in the Greenville market for more than a decade, anchor Carol Goldsmith said on air, breaking the news of their deaths Monday.

“Mike and Aaron were beloved members of our team — our family,” Goldsmith said.

The men were driving on U.S. Highway 176 near Tryon when the large tree fell on their vehicle, North Carolina Highway Patrol Master Trooper Murico Stephens said.

McCormick and Smeltzer had just interviewed Tryon Fire Chief Geoffrey Tennant. They told Tennant to be careful with Alberto’s remnants expected to bring more heavy rains and mudslides to North Carolina. He told them to be careful too.

“Ten minutes later we get the call and it was them,” Tennant said at a news conference, his voice cracking.

A woman died in a mudslide on May 19 not far from the area and officials in one especially hard-hit county were asking people living in vulnerable areas to voluntary leave before the weather got worse.

Neither Stephens nor Tennant directly blamed the up to 2 inches (5 centimeters) of rain that fell Monday for the deaths. The fire chief said the roots of a large tree were loosened in ground saturated by a week of rain. The TV vehicle engine’s was still running and the transmission was in drive when crews found it. The men died instantly, said Tennant.

McCormick was a weekend anchor for the Greenville station and covered Spartanburg and surrounding areas. He came to the station in April 2007.

Smeltzer worked in Greenville for more than a decade, coming to WYFF-TV from a different station in the market. He touted on his Twitter biography of winning four Emmys.

WHNS-TV reporter Derek Dellinger competed with McCormick and Smeltzer, but also considered them friends. He called Smeltzer a perfectionist and McCormick a hard worker and a nice guy.

“Despite being the competition, I had interactions with (McCormick) both in and out of work, and we would talk about work issues, talk about life — everything,” Dellinger said, calling him “a good guy” with a warm heart.