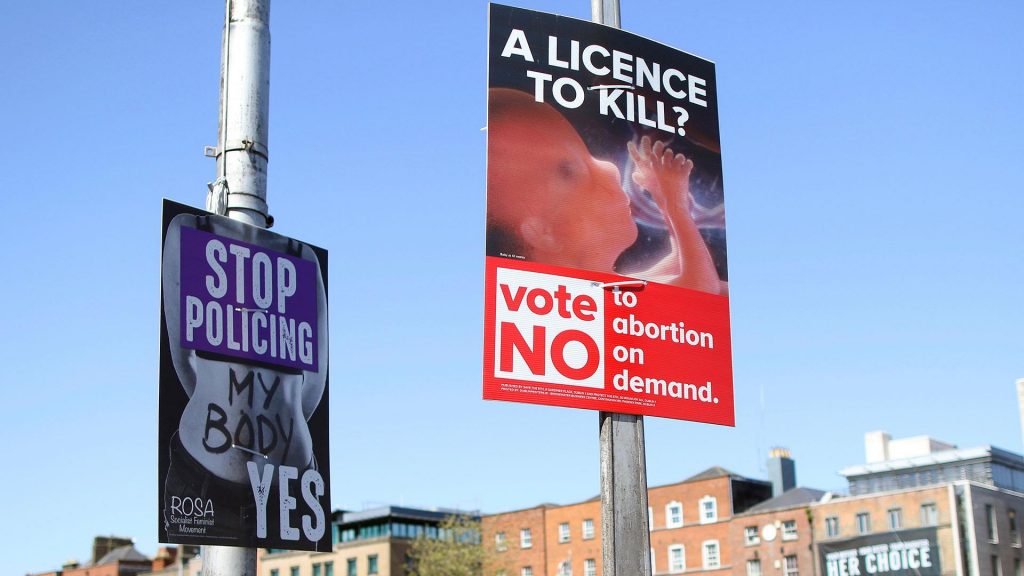 The Irish nationwide vote to overturn a constitutional ban on abortion is a huge win for liberals worldwide. Hopes to dismantle progressive abortion strides in the United States do not look hopeful after Ireland, a country deeply rooted in religious Catholic heritage, overwhelmingly voted to legalize abortion.

Abortion has been a polarizing issue in the United States for years, taking its most pivotal turn into the public stage after the 1973 Supreme Court case Roe v. Wade, which ruled that a woman’s right to an abortion is a fundamental constitutional right. Since that case, conservatives have vowed to one day overturn the ruling.

The abortion debate stems from an underlying difference in perspective between the two sides. Pro-life supporters who advocate for banning abortions view abortion as murder. Popular opinion, they claim, has no bearing on whether or not this murderous practice should be allowed.

Pro-choice supporters who advocate for a woman’s right to choose to have an abortion do not see life beginning at conception and instead subscribe to the opinion that a fetus is only considered to have the right to life late in the pregnancy or even at birth.

The Irish vote begs the question, if such a vote took place in the United States, which side would come out the victor? Based on the current data we have, the pro-choice side would win.

The most interesting data surrounding the Irish abortion referendum is that an overwhelming majority of Irish citizens — 78 percent according to the 2016 census — consider themselves Roman Catholics. Less than 10 percent of Irishmen define their religious adherence as “No Religion.”  Perhaps the Irish vote is a message to the United States and the rest of the world that abortion bans are a concept of the past — even in religious circles.

Conservatives view this as an alarming trend. Liberals, on the other hand, are hopeful the polarizing debate will come to an end in the United States. However, morality will always trump policy, and American progressives must win the “murder stigma” debate before they claim a policy victory in the United States. Until American conservatives become convinced that abortion does not equate to murder, the battle will rage on.