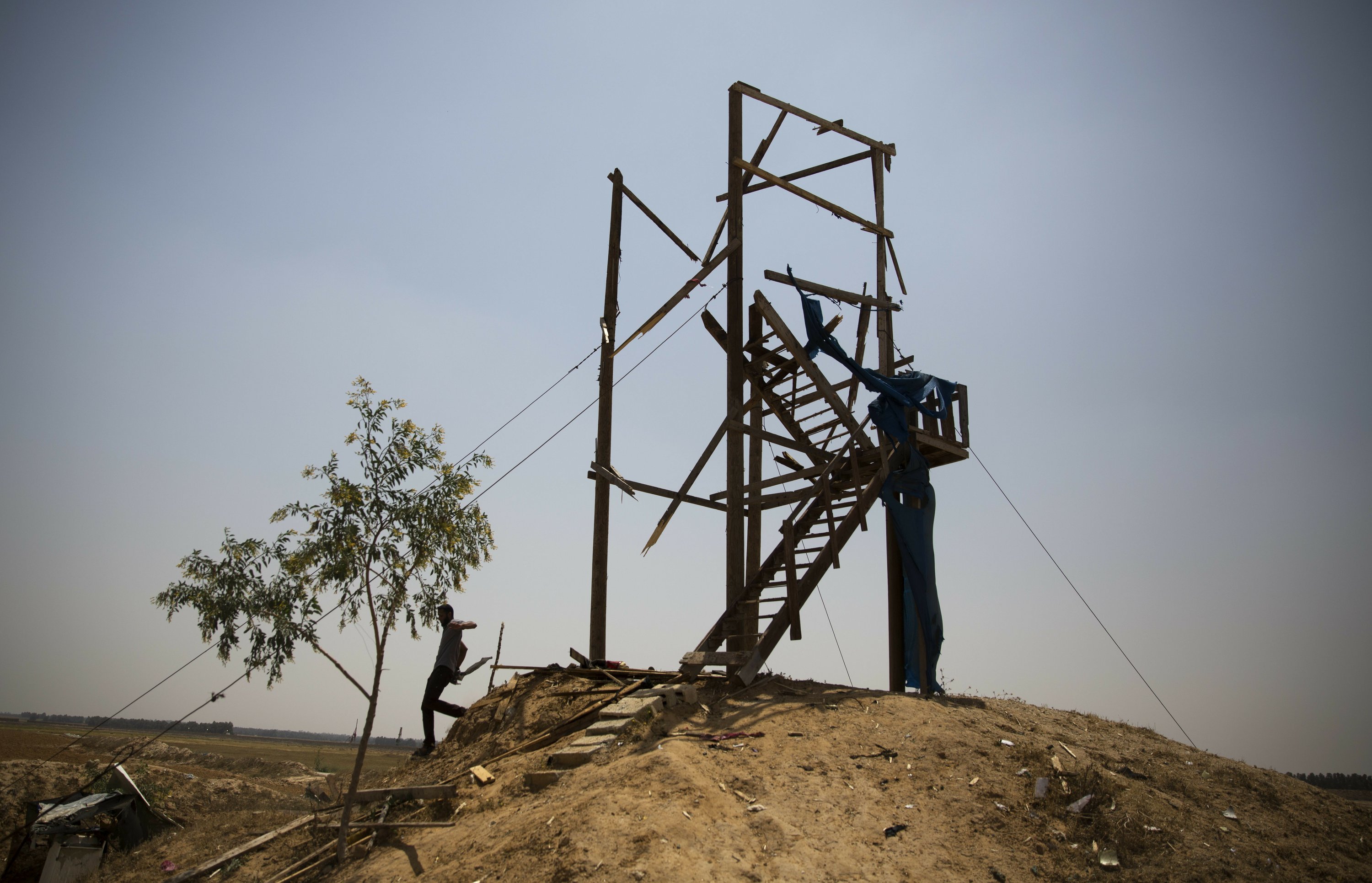 JERUSALEM — Gaza militants fired more than 25 mortar shells toward communities in southern Israel Tuesday, the Israeli military said, in what appeared to be the largest single barrage fired since the 2014 Israel-Hamas war.

No one was hurt and the military said most were intercepted by the Iron Dome defense system. But the high volume of projectiles came as tensions have been running high along the Israel-Gaza border.

Israeli media reported that one of the shells landed near a kindergarten shortly before it opened. Angry residents took to the airwaves to complain about how vulnerable they feel after 15 years of rocket fire threats from neighboring Gaza, which will likely put pressure on the government to retaliate harshly.

The border area has been tense in recent weeks as the Palestinians have held mass protests aimed at lifting a blockade imposed by Israel and Egypt after Hamas seized power in 2007.

Israeli fire has killed more than 110 Palestinians, most of them during the Hamas-led protests, which climaxed on May 14.

On Sunday, Israeli shelling killed three Palestinian militants from the smaller Islamic Jihad group after the troops found a bomb planted along the border. The Islamic Jihad vowed retaliation.

On Monday, a tank fired at a Hamas position in the Gaza Strip, killing one man and wounding another, after Israeli troops came under fire on the frontier while apprehending two armed Palestinians.

Hamas has said that a boatful of students and medical patients is to set sail out of Gaza City’s port on Tuesday, aiming to break 11 years of naval blockade imposed by Israel, which could spark further conflict.

Hamas has vowed to continue the border rallies. Israel says it is defending its border as well as its communities nearby. It accuses Hamas of trying to carry out attacks under the cover of protests.