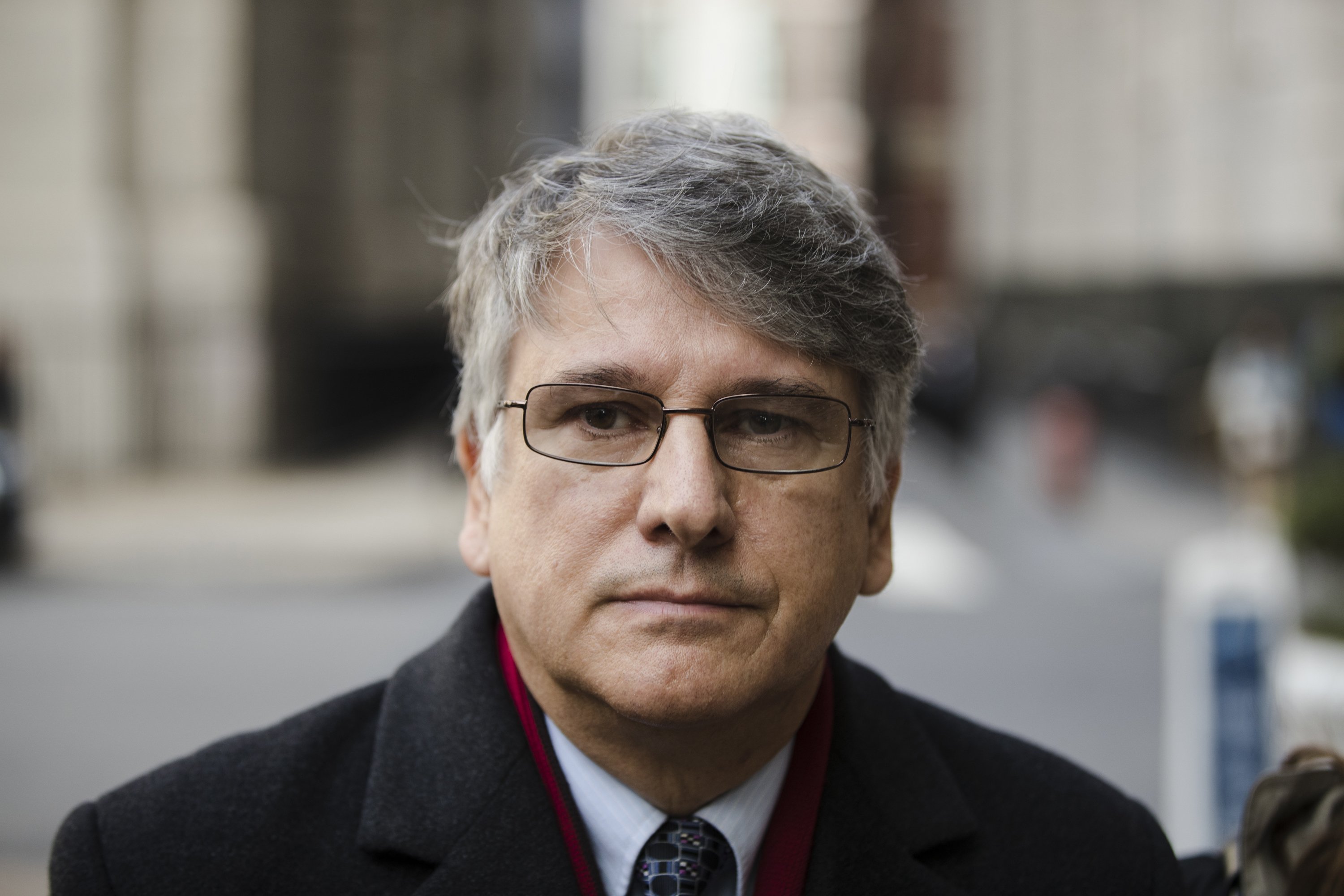 Patients of a neurologist already facing rape charges in New York and New Jersey say law enforcement officials in Philadelphia are burying nearly identical accusations against him, angering and perplexing women who say they’re being victimized twice — first by their doctor, now by a big-city justice system that won’t hold him accountable.

A slew of patients who accuse Dr. Ricardo Cruciani of sexual misconduct in Philadelphia have yet to see authorities pursue a felony case against him, even after police in New York City and New Jersey investigated their claims and swiftly filed charges that could put him away for decades.

The Ivy League-trained neurologist faces a total of 30 criminal counts. He has pleaded not guilty and is free on $1 million bail.

In Pennsylvania’s largest city, “they’re just turning a blind eye. That’s what’s so egregious and utterly disgusting,” said Hillary Tullin, 46, who saw Cruciani for years and said she was assaulted repeatedly by him in all three states. “That’s why people don’t come forward, because they don’t believe they’ll get justice or that anything will happen.”

Philadelphia police and prosecutors defend their handling of the investigation, noting Cruciani pleaded guilty to an earlier set of misdemeanor charges that required him to give up his medical license and register as a sex offender. City officials acknowledge Cruciani’s latest accusers are frustrated but say some of their cases are too weak to prosecute. Other complaints are still under investigation.

Tanisha Johnson, one of six patients interviewed by The Associated Press about their experience with Philadelphia law enforcement, said she called police multiple times in a fruitless effort to schedule an interview. She recalled a particularly distressing March conversation with a supervisor in the special victims unit.

“It was disheartening and it was disrespectful, and I was disregarded,” said Johnson, 43. “When I hung up the phone, I cried for about three hours. I can’t believe that’s the way you would deal with a victim of rape.”

Johnson said she eventually managed to give a statement, but only after she traveled from her home in New York City to Philadelphia and went to the DA’s office unannounced.

His accusers say Cruciani used that specialized medical knowledge to trap them in long-term doctor-patient relationships marked by abuse, taking advantage of their desperation. Some of the women say Cruciani forced them to have intercourse and perform oral sex and penetrated them with his fingers.

The neurologist’s misconduct first came to light, ironically, in Philadelphia, where he was charged last year and later pleaded guilty to relatively minor groping counts involving seven patients. He received seven years’ probation, a punishment some of the victims viewed as a slap on the wrist.

The publicity prompted a round of new, more serious accusations.

A 55-year-old woman who alleges Cruciani abused her for years told the AP that she gave a statement to Philadelphia police in late 2017 but has heard nothing since. The woman said police in New York and New Jersey responded immediately, communicated with her each step of the way and charged Cruciani based on her account.

“There was already so much misery and shame going on, and to have to go through all this is just ridiculous,” the woman, who lives in Dutchess County, New York, said of Philadelphia law enforcement. “Did they not take me seriously? Were they trying to cover it up? All these things go through your head when you’re ignored. I was so ignored.”

The Associated Press does not typically identify people who say they are victims of sexual assault unless they grant permission, as Tullin and Johnson have done.

In Philadelphia, a total of 18 accusers have filed police reports since May 2017 — including 10 who came forward after his arrest in September, according to the police department.

Philadelphia police routinely buried rape cases in decades past, a practice exposed by The Philadelphia Inquirer in 1999. The scandal prompted major reforms, including an annual, confidential review of police sexual assault files by outside advocacy groups.

A former prosecutor not associated with the case said he is perplexed by Philadelphia’s handling of the Cruciani cases.

“I would find it surprising, regardless of whether he was charged in another jurisdiction, that if they have multiple, overlapping, credible victims who want to see this man prosecuted, that charges wouldn’t be filed,” said Dave Zuckerman, a Pittsburgh defense lawyer and former assistant district attorney. “To me, that is not customary.”

Tullin is outraged the DA’s office declined her case. She said a prosecutor cherry-picked two statements in a police interview to wrongly imply she had consented to sex acts with Cruciani.

“It was the very first interview I ever did. I didn’t have an advocate, I had never talked about this with anybody, I hadn’t seen a trauma counselor. You’re saying things that sometimes don’t make sense,” Tullin said. “And what I was saying was taken out of context.”

New York and New Jersey police both charged Cruciani based on her account.

Ben Waxman, spokesman for District Attorney Larry Krasner, who took office in January, declined to comment on the specifics of each accuser’s case. In general, Waxman said, “the ones where we didn’t charge are ones where we feel we didn’t have a strong enough case.” Prosecutors, he added, “don’t have the tools” to file charges in some instances.

Pennsylvania and New Jersey sexual assault laws do not specifically address conduct by health providers, though each state’s licensing board prohibits doctors from having sexual contact with their patients, even if it’s consensual. In New York, patients are deemed incapable of consenting to sex with their doctor during treatment or an exam.

Jeff Fritz, an attorney for many of the accusers, has asked for a state investigation in Philadelphia.

“These women put their faith in Dr. Cruciani as their doctor, which he betrayed. These women have since put their trust in the police and DA’s office to fully investigate and prosecute these crimes and are outraged that no additional charges have been brought against Cruciani, or that they were told to seek justice in other states although the crimes took place in Pennsylvania,” he said.