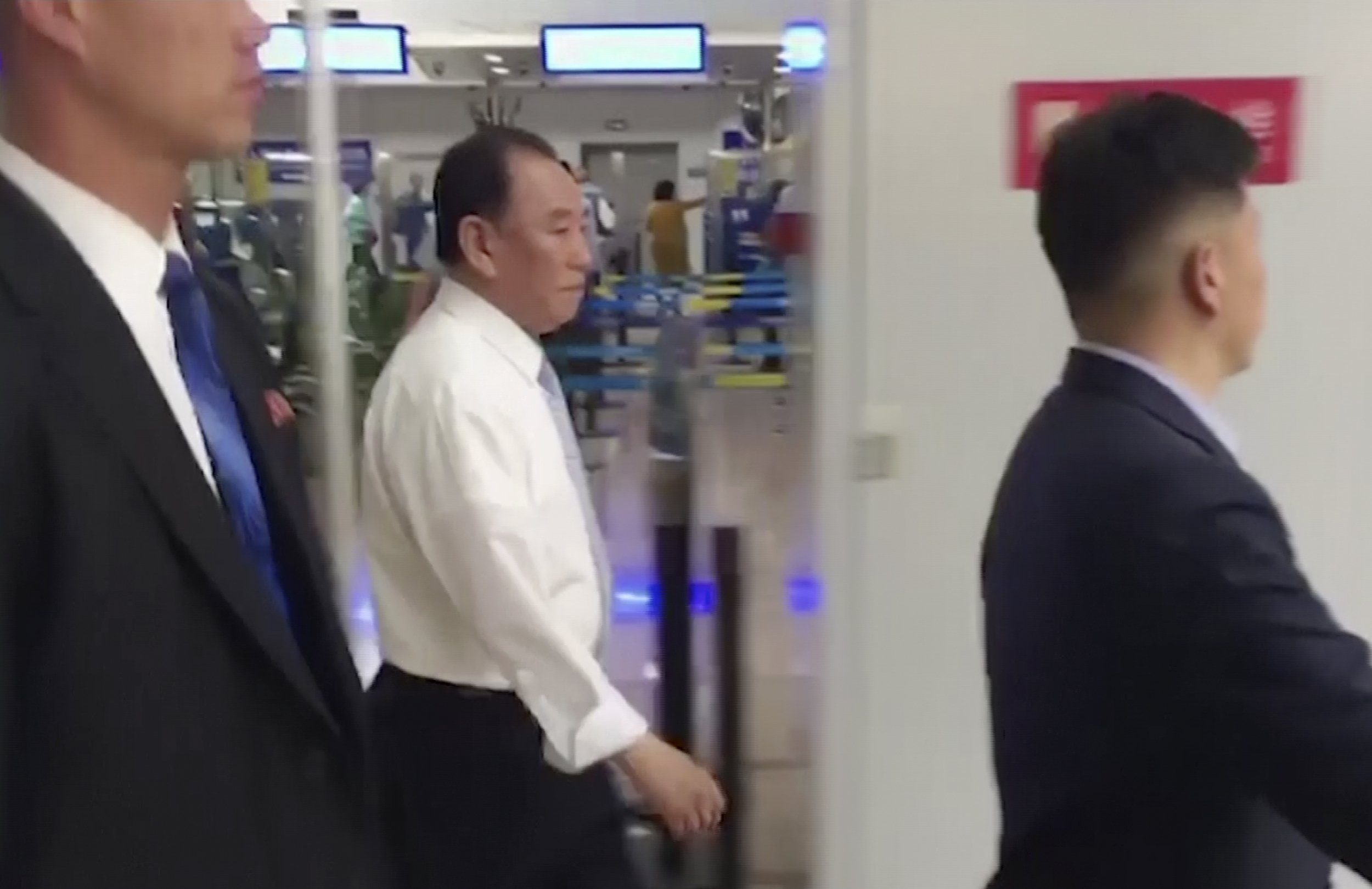 SEOUL, South Korea — A team of American diplomats involved in preparatory discussions with North Korea ahead of a potential summit between President Donald Trump and the North’s leader Kim Jong Un left a hotel in Seoul on Tuesday amid speculation that they are resuming the talks.

It wasn’t immediately clear whether the American officials including Sung Kim, the U.S. ambassador to Manila, were heading to the border village between the two Koreas, where they met with North Korean officials on Sunday.

Trump withdrew from a planned June 12 summit with Kim last Thursday, citing hostile North Korean comments, but has since said the meeting in Singapore could still happen. South Korean President Moon Jae-in, who has lobbied hard for nuclear negotiations between Trump and Kim, met with the North Korean leader in a surprise meeting on Saturday in an effort to keep the summit alive.

In their second meeting in a month, Moon said Kim expressed willingness to cooperate to end confrontation and work toward peace for the sake of a successful summit with Trump. But Kim also said he was unsure whether he could trust the United States over its promise to end hostile policies against North Korea and provide security assurances if the country does abandon its nuclear weapons, Moon said.

Despite Kim’s apparent eagerness for a summit with Trump, there are lingering doubts on whether he would ever agree to fully relinquish his nuclear weapons when he may see them as his only guarantee of survival. Moon has insisted Kim can be persuaded to abandon his nuclear facilities, materials and bombs in a verifiable and irreversible way in exchange for credible security and economic guarantees.

U.S. and South Korean officials haven’t confirmed the details of the pre-summit negotiations between Washington and Pyongyang at the Korean village of Panmunjom, which straddles the border inside the Demilitarized Zone.

The officials may discuss bridging the gap between Washington and Pyongyang on what a deal on the North’s nuclear weapons would look like. There’s also speculation that American officials are trying to persuade the North Koreans to export a certain number of its nuclear warheads overseas at an early stage as proof of its commitment to denuclearize.

U.S. officials have talked about a comprehensive one-shot deal in which North Korea eliminates its nukes first and receives rewards later. But Kim, through two summits with Chinese President Xi Jinping in March and May, has called for a phased and synchronized process in which every action he takes is met with a reciprocal reward from the United States.

Seoul has been advocating an alternative approach in which the North’s comprehensive commitment and credible actions toward denuclearization are followed by a phased but compressed process of inspection and verifiable dismantling. Before he canceled the summit, Trump did not rule out an incremental approach that would provide incentives along the way to the North.