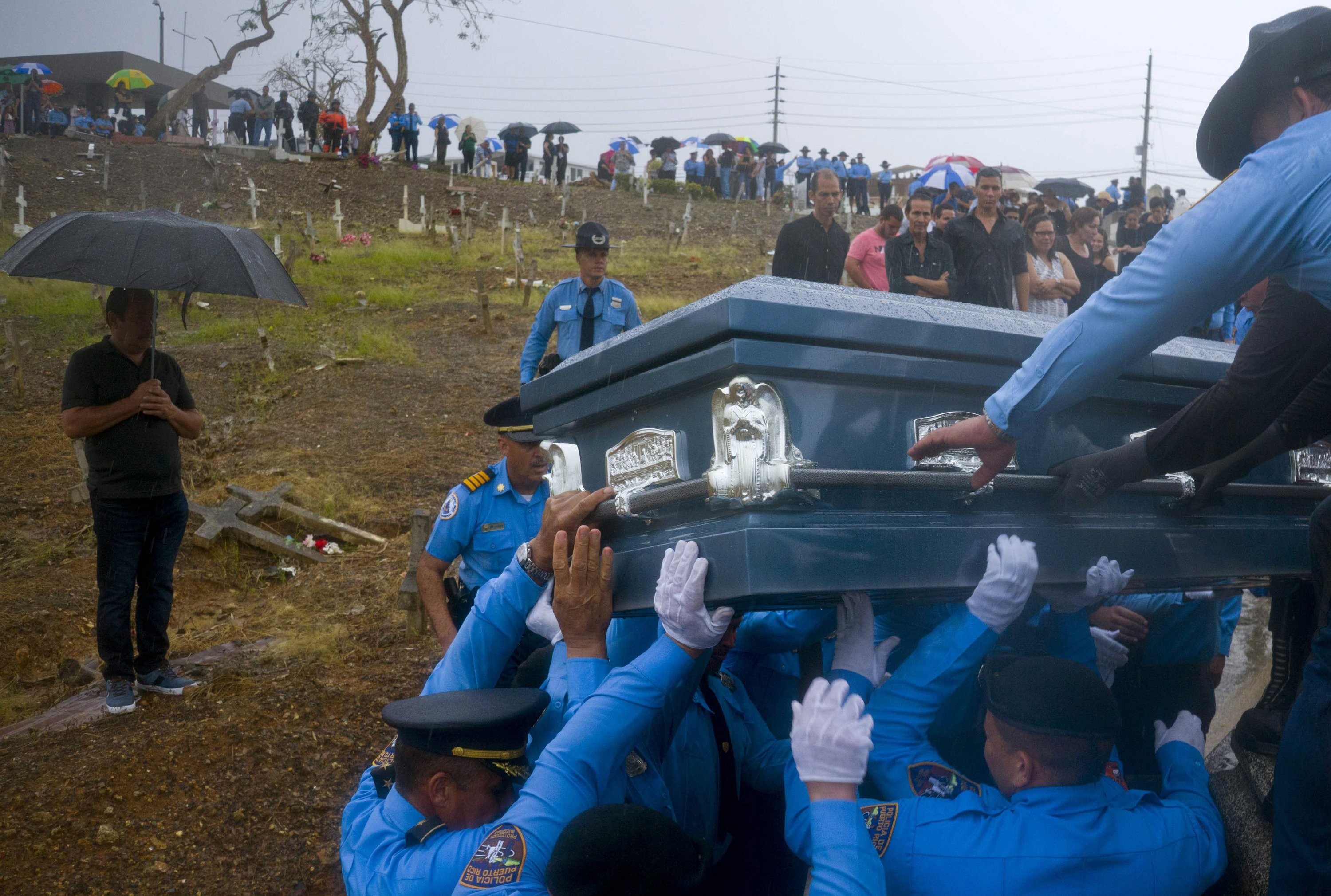 U.S. and North Korean officials aren’t saying if a previously planned summit between leaders of the two countries is back on, but preparations are proceeding as if it is.

2. WHICH ONCE RISING REPUBLICAN STAR IS RESIGNING FROM OFFICE

Missouri Gov. Eric Greitens abruptly resigned amid investigations that arose from an affair with his former hairdresser and expanded to include questions about campaign finance law violations.

Harvard-led researchers estimated up to 4,600 more deaths than usual occurred in the wake of Hurricane Maria.

Network ABC quickly cancelled the reboot of “Roseanne” and Barr was also dumped by her talent agency after she referred to former Obama adviser as a product of the Muslim Brotherhood and the “Planet of the Apes.”

5. INMATE’S ATTACK IS MOST SERIOUS IN BELGIUM SINCE 2016 BOMBINGS

The assailant stabbed two police officers, shot them and a bystander to death, and then took two hostages inside a school before being shot by police.

6. BODY OF VETERAN WHO DISAPPEARED AMID MARYLAND FLOODING FOUND IN RIVER

Eddison Hermond had last been seen as he tried to help a woman who was trying to escape the raging floodwaters find her cat.

7. WHY STARBUCKS CUSTOMERS HAD TO GO WITHOUT THEIR AFTERNOON CAFFEINE BUZZ

The coffee chain closed thousands of stores so that its employees could attend anti-bias training created after two black men were arrested in a Philadelphia store in April.

8. TRUMP BORROWS LANGUAGE OF CRITICS IN TWEET ON MUELLER INVESTIGATION

Trump alleged that the investigative team was “MEDDLING” in upcoming midterm elections and blamed Democrats for “Collusion.”

9. WHAT’S BRINGING CALIFORNIA AND FEDERAL OFFICIALS TOGETHER ON POT

Authorities are teaming up to target illegal marijuana growers who are using a highly toxic and banned pesticide that threatens water, wildlife, and people.