Both sides preparing as if US-NKorea summit will happen 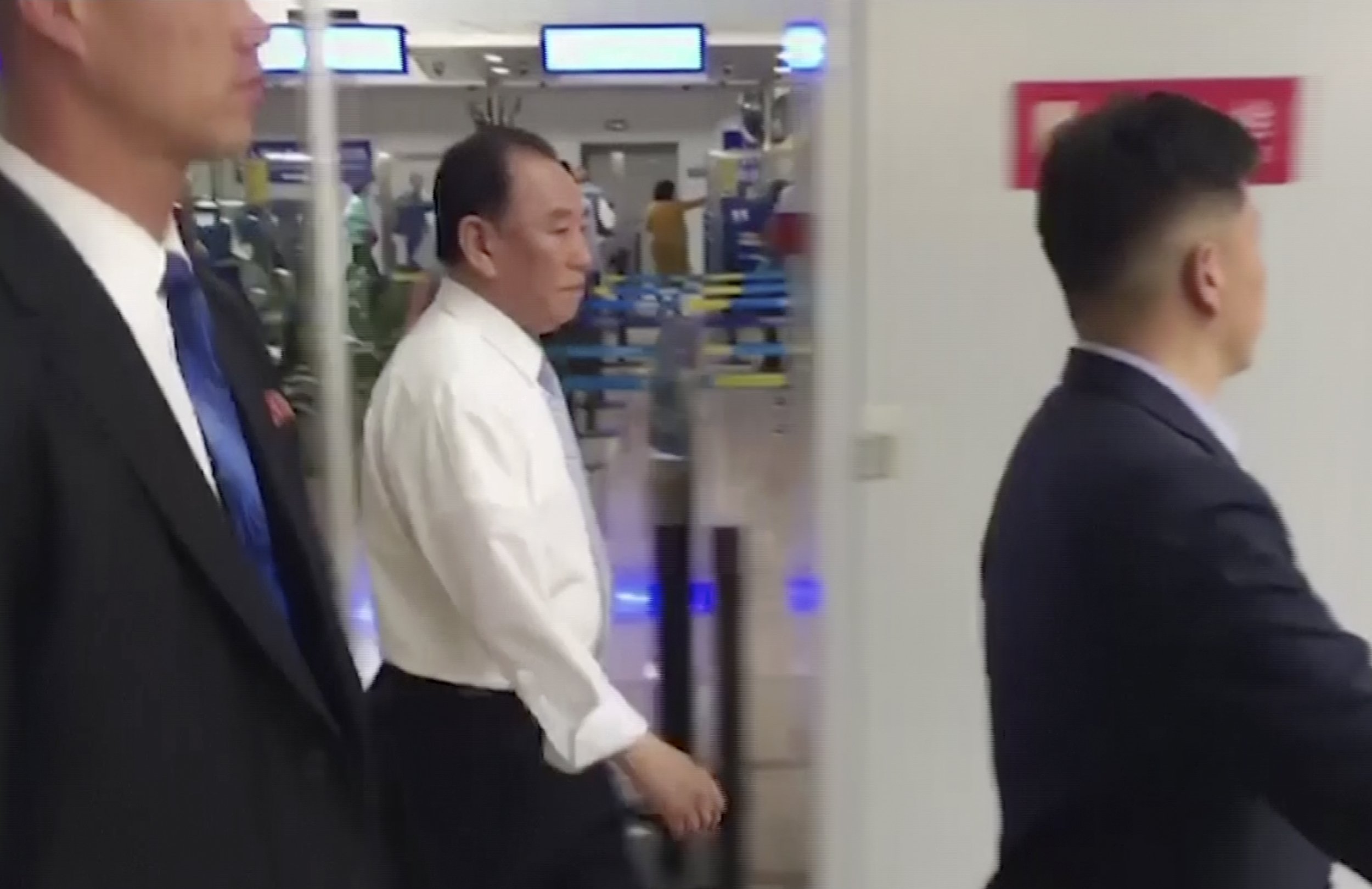 WASHINGTON — Rapid-fire diplomacy played out on two continents in advance of an “expected” summit between President Donald Trump and North Korea’s Kim Jong Un, the strengthening resolve coming after a series of high-risk, high-reward gambits by the two leaders.

Officials wouldn’t say that the June 12 Singapore summit was back on, but preparations on both sides of the Pacific proceeded as if it were. Two weeks of hard-nosed negotiating, including a communications blackout by the North and a public cancellation by the U.S., appeared to be paying off as the two sides engaged in their most substantive talks to date about the meeting.

Trump tweeted Tuesday that he had a “great team” working on the summit, confirming that top North Korean official Kim Yong Chol was headed to New York for talks with Secretary of State Mike Pompeo. In addition, teams of U.S. officials have arrived at the Korean demilitarized zone and in Singapore to prepare for the meeting.

“Solid response to my letter, thank you!” tweeted Trump. He announced he had decided to “terminate” the summit last week in an open letter to Kim that stressed American military might, but also left the door cracked for future communication. White House officials characterized the letter as a negotiating tactic, designed to bring the North back to the table after a provocative statement and a decision to skip planning talks and ignore preparatory phone calls.

But aides almost immediately suggested the meeting could still get back on track. And after a suitably conciliatory statement from North Korea, Trump said the same.

White House press secretary Sarah Huckabee Sanders said that since the letter, “the North Koreans have been engaging” with the U.S.

Trump views the meeting as a legacy-defining opportunity to make the nuclear deal that has evaded others, but he pledged to walk away from the meeting if he believed the North wasn’t serious about discussing dismantling its nuclear program.

U.S. officials cast the on-again, off-again drama as in keeping with Trump’s deal-making style, and reflective of the technically still-warring leaders testing each other. In his book “The Art of the Deal,” Trump wrote: “The worst thing you can possibly do in a deal is seem desperate to make it. That makes the other guy smell blood, and then you’re dead. The best thing you can do is deal from strength, and leverage is the biggest strength you can have.”

After the North’s combative statements, there was debate inside the Trump administration about whether it marked a real turn to belligerence or a feint to see how far Kim could push the U.S. in the leadup to the talks. Trump had mused that Kim’s “attitude” had changed after the North Korean’s surprise visit to China two weeks ago, suggesting China was pushing Kim away from the table. Trump’s letter, the aides said, was designed to pressure the North on the international stage for appearing to have cold feet.

White House officials maintain that Trump was hopeful the North was merely negotiating, but that he was prepared for the letter to mark the end of the two-month flirtation. Instead, the officials said, it brought both sides to the table with increasing seriousness, as they work through myriad logistical and policy decisions to keep June 12 a viable option for the summit.

The flurry of diplomatic activity intensified Tuesday after South Korean media reported that Kim Yong Chol’s name was on the passenger list for a fight Wednesday from Beijing to New York. Kim was seen in the Beijing airport on Tuesday by Associated Press Television. U.S. officials familiar with planning said he was scheduled to meet with Secretary of State Mike Pompeo on Thursday.

Pompeo has traveled to Pyongyang, North Korea’s capital, twice in recent weeks for meetings with North Korean leader Kim Jong Un, and has said there is a “shared understanding” between the two sides about what they hope to achieve.

Meanwhile, a team of American diplomats is holding preparatory discussions with North Korean officials at the DMZ. The group first met with its counterparts Sunday, and was seen leaving a Seoul hotel on Tuesday, but it was unclear whether they went to Panmunjom, a village that straddles the border inside the DMZ. The U.S. officials are led by Sung Kim, the U.S. ambassador to the Philippines, who formerly was the U.S. ambassador to Seoul and a top negotiator with North Korea in past nuclear talks. It includes senior officials with the National Security Council and the Pentagon.

The White House emphasized that it has remained in close contact with South Korean and Japanese officials as preparations for the talks continue. Sanders said Trump will host Japanese Prime Minister Shinzo Abe of Japan on June 7th to coordinate their thinking ahead of the summit. Trump hosted South Korean President Moon Jae-in last week.

South Korean media also reported that a North Korean delegation arrived in Singapore on Monday night, where other U.S. officials, led by White House deputy chief of staff Joe Hagin, are preparing for the summit.

South Korea’s Foreign Ministry said Washington and Pyongyang were engaging in “working-level” talks to arrange the possible summit, but it couldn’t confirm specifics.

Moon, who has lobbied hard for nuclear negotiations between Trump and Kim Jong Un, held a surprise meeting with the North Korean leader Saturday in an effort to keep the summit alive.