More women than ever run for Senate, but hurdles remain 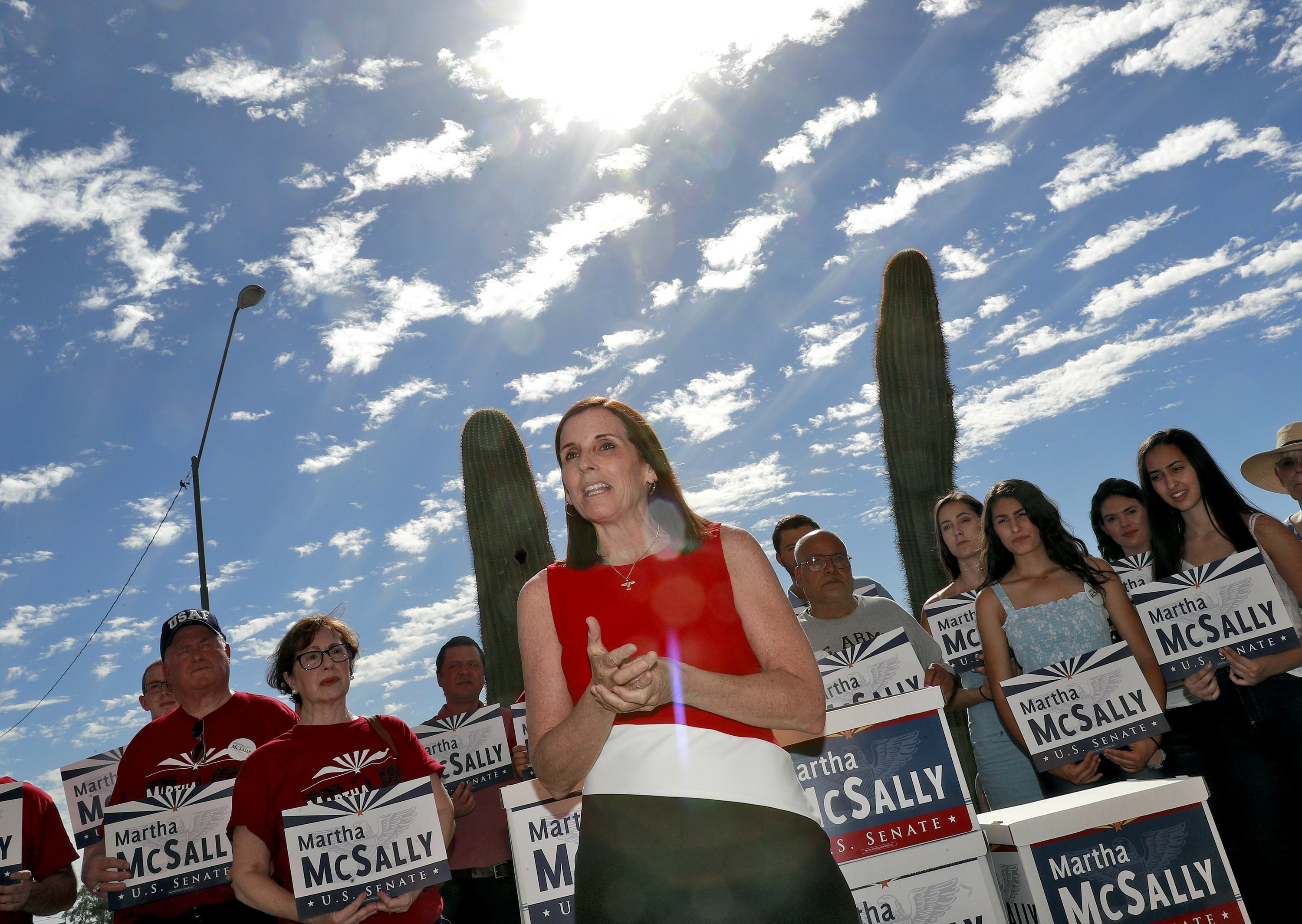 PHOENIX — Women running for office are due to hit another threshold with a record number of candidates for the U.S. Senate, but actually winning those seats and changing the face of the chamber are a different matter.

Many of the women jumping into Senate races face uphill campaigns. Two female senators, both Democrats, could lose their re-election bids, possibly leaving the Senate more male-dominated than before.

In Wisconsin on Wednesday, Democratic Sen. Tammy Baldwin and Republican state Sen. Leah Vukmir are expected to file for the state’s Senate race. That would bring to 42 the number of women in the two major parties — the most ever — qualified to run for 19 seats in the Senate, according to an Associated Press analysis of data collected by the Center for American Women and Politics at Rutgers University and candidate qualifying information released by states. Today, 23 women are senators.

“It’s not going to be a huge gain,” said Dianne Bystrom, director of the Carrie Chapman Catt Center for Women and Politics at Iowa State University. “But it is a body more open to incremental changes.”

A potent force behind the surge in female participation is the highly charged #MeToo movement, ignited by widespread allegations of sexual misconduct by men in entertainment, politics, journalism and other sectors. Mixed in is criticism of President Donald Trump’s policies and his alleged conduct toward women.

“All of these sparks are working in different ways, and one of the giant sparks has been the #MeToo movement,” said former Sen. Barbara Boxer, D-Calif. Boxer was among four women elected in 1992, which tripled their Senate ranks in part, she says, over a backlash by female voters against the confirmation of Supreme Court Justice Clarence Thomas, who had been accused of sexual harassment.

As impressive as the numbers appear for a chamber that has only seated 52 female members in its history, more women will lose their races, too, thanks in part to primaries featuring multiple female candidates. In 2016, 40 women ran for the Senate.

In Arizona, odds are a woman will succeed retiring Republican Sen. Jeff Flake. Six women are running in the August primaries, setting up a likely all-female matchup.

Arizona Democratic Rep. Kyrsten Sinema, who filed her candidate petitions Tuesday, demurred when asked about the role gender plays in her candidacy. “For me, my public service has never been about my gender or really any other characteristic,” Sinema told The Associated Press.

In a recent ad Sinema credits her single mother for shepherding her family through tough times, echoing themes of family security, a priority for some female voters.

The biggest hurdle for women running for the Senate is the map. Of the 13 Democratic women seeking re-election, four are in states Trump carried in 2016 and where he is expected to expected to weigh in heavily.

Seen as most vulnerable are first-term Sen. Heidi Heitkamp of North Dakota, a state Trump carried by almost 36 percentage points, and second-term Sen. Claire McCaskill of Missouri, where Trump won by more than 18 percentage points.

At the same time, women stand a chance of picking up a seat in Nevada, where Democratic Rep. Jacky Rosen is challenging Republican Sen. Dean Heller.

Limited opportunities for women to make gains are nothing new. But the 1992 election helped usher in changes championed by Senate women, including the Family and Medical Leave Act and the Violence Against Women Act.

For women approaching 2018, it’s not just about increasing their numbers, said Kelly Dittmar of the Center for American Women and Politics at Rutgers.

“It’s not just about advancing. We need to hold the line,” she said. “We need to prevent a backslide on these policies.”