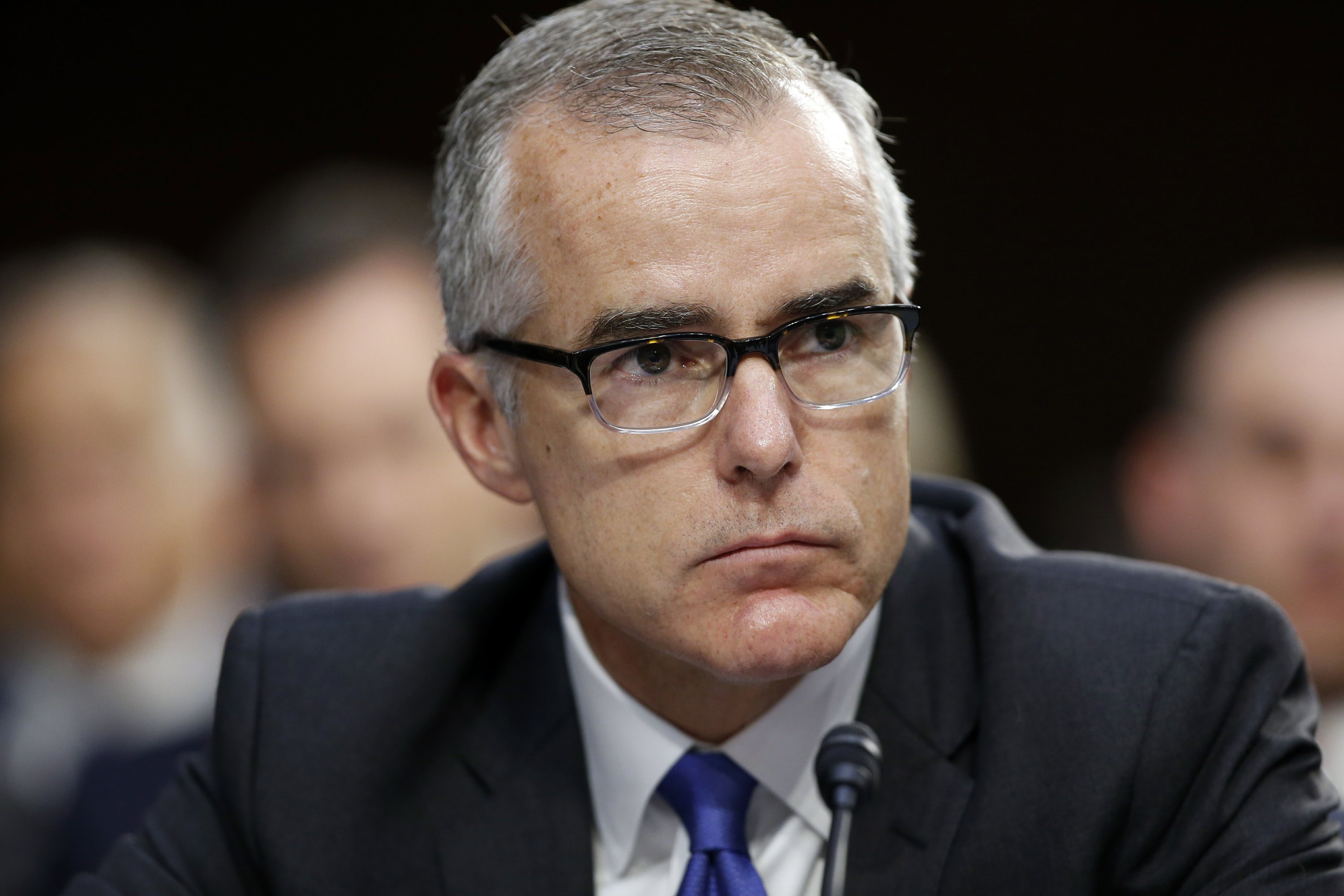 WASHINGTON — Former FBI Deputy Director Andrew McCabe drafted a memo on circumstances leading up to the firing of his onetime boss, James Comey, a person familiar with the situation said Wednesday night.

The person spoke on condition of anonymity to The Associated Press to discuss a secret document that has been turned over to special counsel Robert Mueller. His team is investigating whether the Trump campaign coordinated with Russia during the 2016 presidential election and whether the president sought to obstruct that inquiry through actions including the firing of Comey last May.

The memo concerns a conversation that McCabe had with Deputy Attorney General Rod Rosenstein about Rosenstein’s preparations for Comey’s firing. Rosenstein played an important role in that episode, having authored a memo faulting Comey for his handling of the Hillary Clinton email investigation that the White House held up as justification for President Donald Trump’s decision to fire the FBI director.

Rosenstein has said he wrote a memo laying out his concerns with Comey after learning that the White House intended to fire him.

According to McCabe’s memo, Rosenstein indicated to him that he was initially asked to reference the Russia investigation in his own memo on Comey. But the final version didn’t include discussion of Russia and focused instead on the Clinton email case.

Rosenstein appointed Mueller special counsel one week after Comey was fired. He has said he would recuse himself if necessary if his actions became relevant to Mueller’s investigation.

The AP reported in March that McCabe had drafted multiple memos, including about his interactions with Trump. Comey also drafted a series of memos about his own encounters with Trump that unnerved him.

The New York Times first reported on the content of this particular memo.

McCabe became FBI acting director following Comey’s firing last May. He was fired as deputy director in March, just days before his scheduled retirement, amid an inspector general finding that he had misled internal investigators about his role in an October 2016 disclosure to The Wall Street Journal.