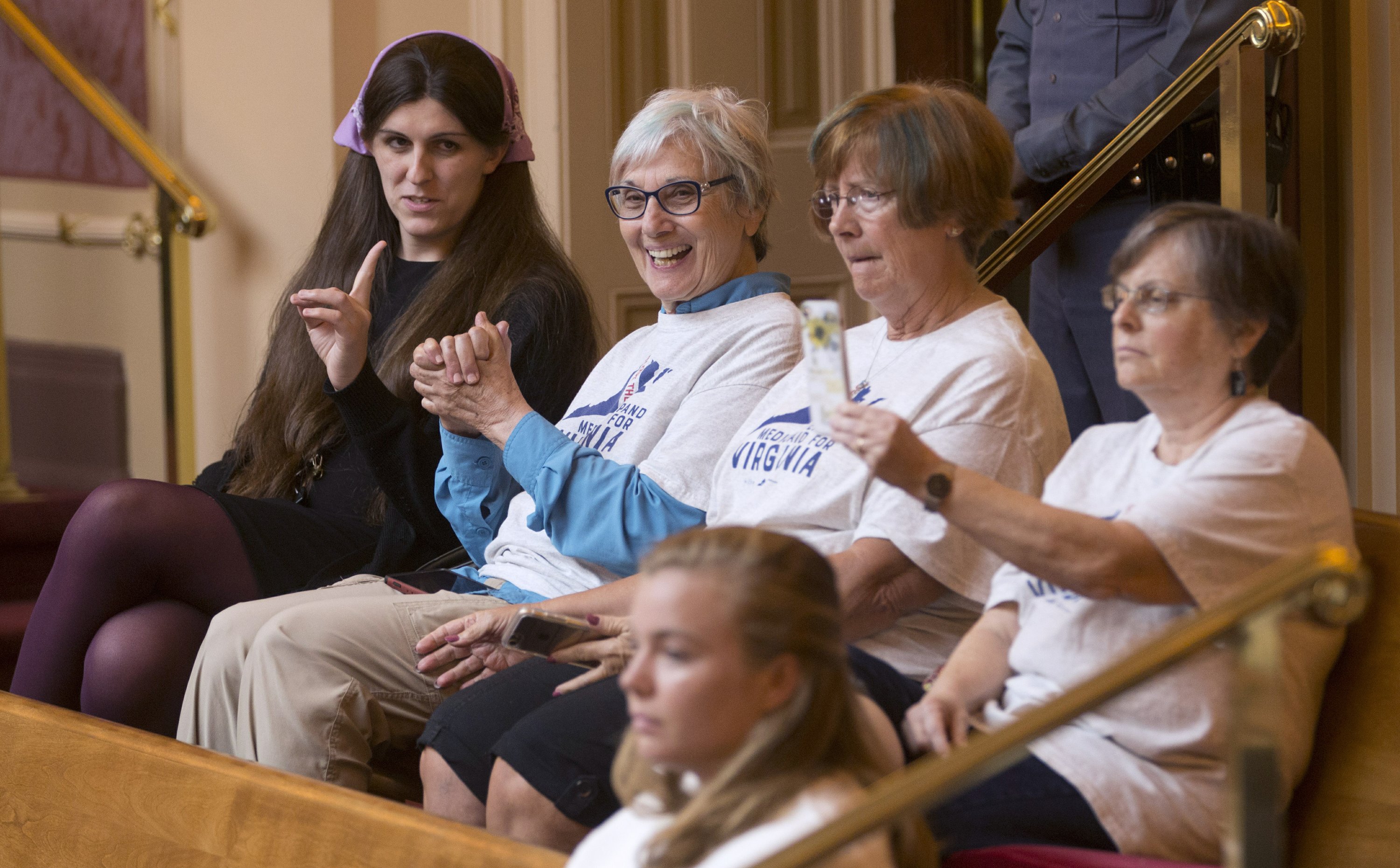 The state Senate voted in favor of expansion after a full day of debate. The House, which had had previously endorsed expansion, gave its final approval shortly afterward. Several Republicans in both chambers joined with Democrats to approve the measure.

Democratic Gov. Ralph Northam is expected to sign the budget in coming days, and the roughly 400,000 newly eligible low-income Virginias will begin enrolling in Medicaid at the start of next year.

Expanding Medicaid was a key provision of then-President Barack Obama’s health care overhaul, and a tally from the Kaiser Family Foundation shows Virginia will become the 33rd state to approve Medicaid expansion.

Senate passage came by a 23-17 vote with four Republicans joining Democrats for passage. The House quickly followed about an hour later with a lopsided 67-31 final endorsement.

Wednesday’s voting marked the end of a more than four-year battle over whether Virginia should expand the publicly funded health care program for the poor. A fight over Medicaid expansion led to a standoff over the state budget in 2014 and again this year.

Virginia Democrats have argued the state should not pass up the roughly $2 billion in extra federal funding the program would bring to the state. Republicans had previously been near unified in blocking past expansion efforts, saying the long-term costs were unsustainable.

Those arguments were again replayed in the final hours before Virginia’s partisan battle was finally ended.

Sen. Ben Chafin, a Republican lawmaker from Virginia’s economically depressed southwest coal country, announced his support for expansion on the Senate floor. He said his rural area needed expansion to help bolster its hospitals and provide care for constituents in need.

“I came to the conclusion that no just wasn’t the answer anymore,” Chafin said.

Yet ironically, his administration’s embrace of work requirements for low-income people on Medicaid prompted lawmakers in some conservative states to resurrect plans for expansion.

Last year, Virginia saw its state legislature reshaped by an anti-Trump wave as Democrats made unexpectedly large gains in the state House. And a failure by the GOP-led Congress to repeal and replace the health law helped spur several of Virginia’s Republican state legislators to flip positions.

Democrats campaigned heavily on expanding Medicaid last year and some House Republicans were eager to take the issue off the table before next year’s election, when both House and Senate seats are up.