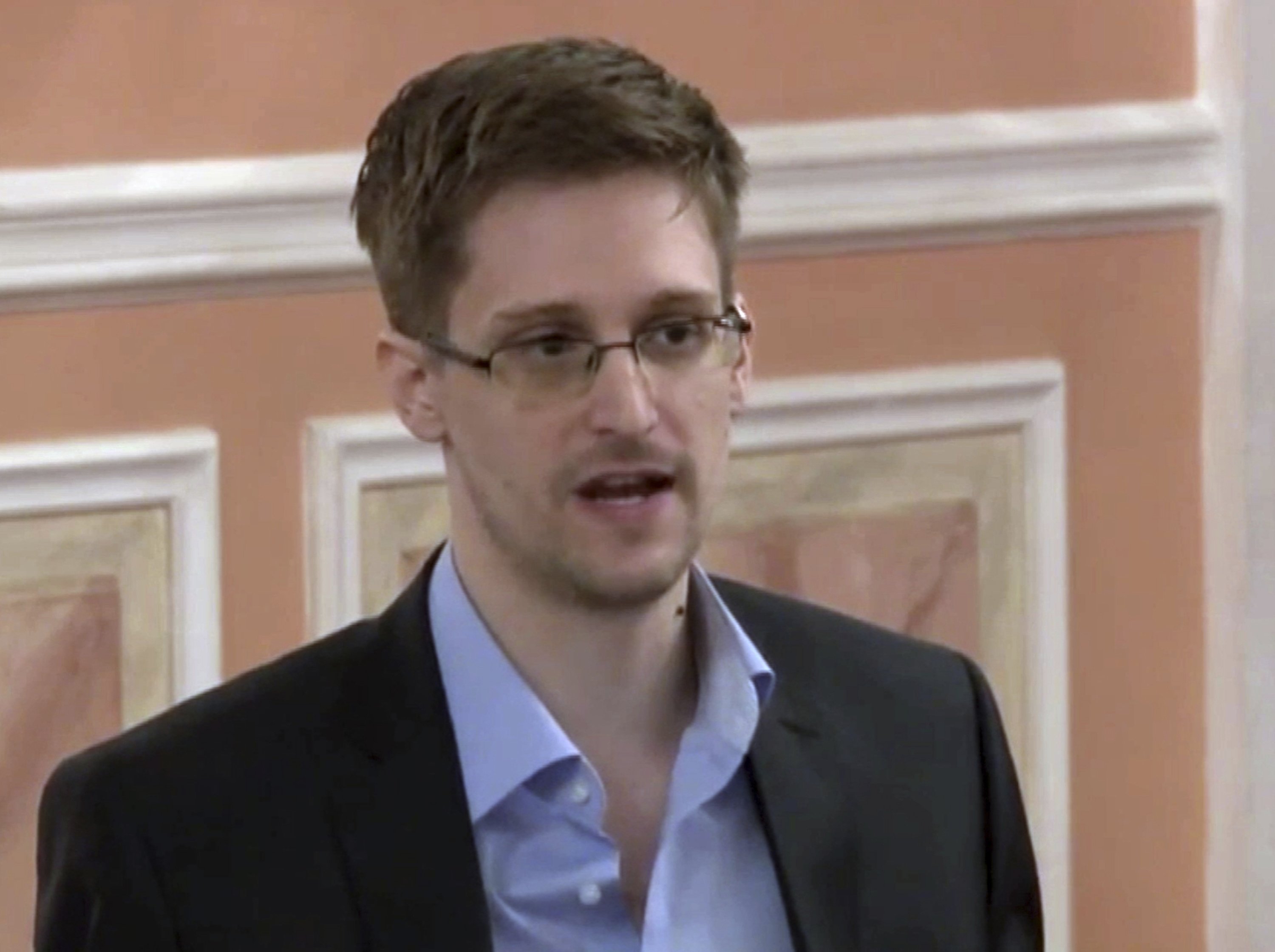 Former National Security Agency contractor Edward Snowden blew the lid off U.S. government surveillance methods five years ago, but intelligence chiefs complain that revelations from the trove of classified documents he disclosed are still trickling out.

That includes recent reporting on a mass surveillance program run by close U.S. ally Japan, and on how the NSA targeted bitcoin users to gather intelligence to counterterrorism, narcotics and money laundering — both stories published by The Intercept, an investigative publication with access to Snowden documents.

The top U.S. counterintelligence official said journalists have publicly released only about 1 percent taken by the 34-year-old American, now living in exile in Russia, “so we don’t see this issue ending anytime soon.”

“This past year, we had more international, Snowden-related documents and breaches than ever,” Bill Evanina, who directs the National Counterintelligence and Security Center, said at a recent conference. “Since 2013, when Snowden left, there have been thousands of articles around the world with really sensitive stuff that’s been leaked.”

On June 5, 2013, The Guardian in Britain published the first story based on Snowden’s disclosures. It revealed that a secret court order was allowing the U.S. government to get Verizon to share the phone records of millions of Americans. Later stories, including those in The Washington Post, disclosed other snooping and how U.S. and British spy agencies had accessed information from cables carrying the world’s telephone and internet traffic.

Snowden’s defenders maintain that the U.S. government has for years exaggerated the damage his disclosures caused. Glenn Greenwald, a former journalist at The Guardian, said there are “thousands upon thousands of documents” that journalists have chosen not to publish because they would harm peoples’ reputation or privacy rights or because it would expose “legitimate surveillance programs.”

“It’s been almost five years since newspapers around the world began reporting on the Snowden archive and the NSA has offered all kinds of shrill and reckless rhetoric about the ‘damage’ it has caused, but never any evidence of a single case of a life being endangered let alone harmed,” Greenwald said.

U.S. intelligence officials say they are still counting the cost of his disclosures that went beyond actual intelligence collected to how it was collected. Evanina said intelligence agencies are finishing their seventh, classified assessment of the damage.

Joel Melstad, a spokesman for the counterintelligence center, said five U.S. intelligence agencies contributed to the latest damage assessment, which itself is highly classified. Melstad said damage has been observed or verified in five categories of information the U.S. government keeps classified to protect national security.

“With each additional disclosure, the damage is compounded — providing more detail to what our adversaries have already learned,” Melstad said.

Steven Aftergood, a declassification expert at the Federation of American Scientists, said he thinks intelligence agencies are continuing to do Snowden damage assessments because the disclosures’ relevance to foreign targets might take time to recognize and understand. He said the way that intelligence targets adapt based on information revealed and the impact on how the U.S. collects intelligence could continue for years. But he said that any damage that Snowden caused to U.S. intelligence partners abroad would have been felt immediately after the disclosures began in 2013.

Moscow has resisted U.S. pressure to extradite Snowden, who faces U.S. charges that could land him in prison for up to 30 years. From exile, Snowden often does online public speaking and has been active in developing tools that reporters can use, especially in authoritarian countries, to detect whether they are under surveillance.

Snowden supporters say the government is exaggerating when it claims he took more than 1 million documents and far fewer have actually been disclosed.

“I think the number of NSA documents that have been published is in the hundreds and not the thousands,” said Snowden’s lawyer, Ben Wizner. He said the government has never produced any public evidence that the released materials have cause “genuine harm” to U.S. national security.

“The mainstream view among intelligence professionals is that every day and every year that has gone by has lessened the value and importance of the Snowden archives,” Wizner said. “The idea that information that was current in 2013 — and a lot of it was much older than that — might still alert somebody to anything in 2018 seems like a stretch.”

Greenwald said the journalists were handed some 9,000 to 10,000 secret documents under the condition that they avoid disclosing any information that could harm innocent people, and that they give the NSA a chance to argue against the release of certain classified materials.

“We’ve honored his request with each document we’ve released,” Greenwald said. “In most cases, we’ve rejected the NSA’s arguments as unsubstantiated, but always gave them the opportunity for input, and will continue to do so.”

He said that in 2016, The Intercept announced a program to disclose Snowden documents in bulk and open the collection to journalists and other experts around the world. Greenwald said that since then, hundreds of documents have been disclosed at a time after careful reviews.