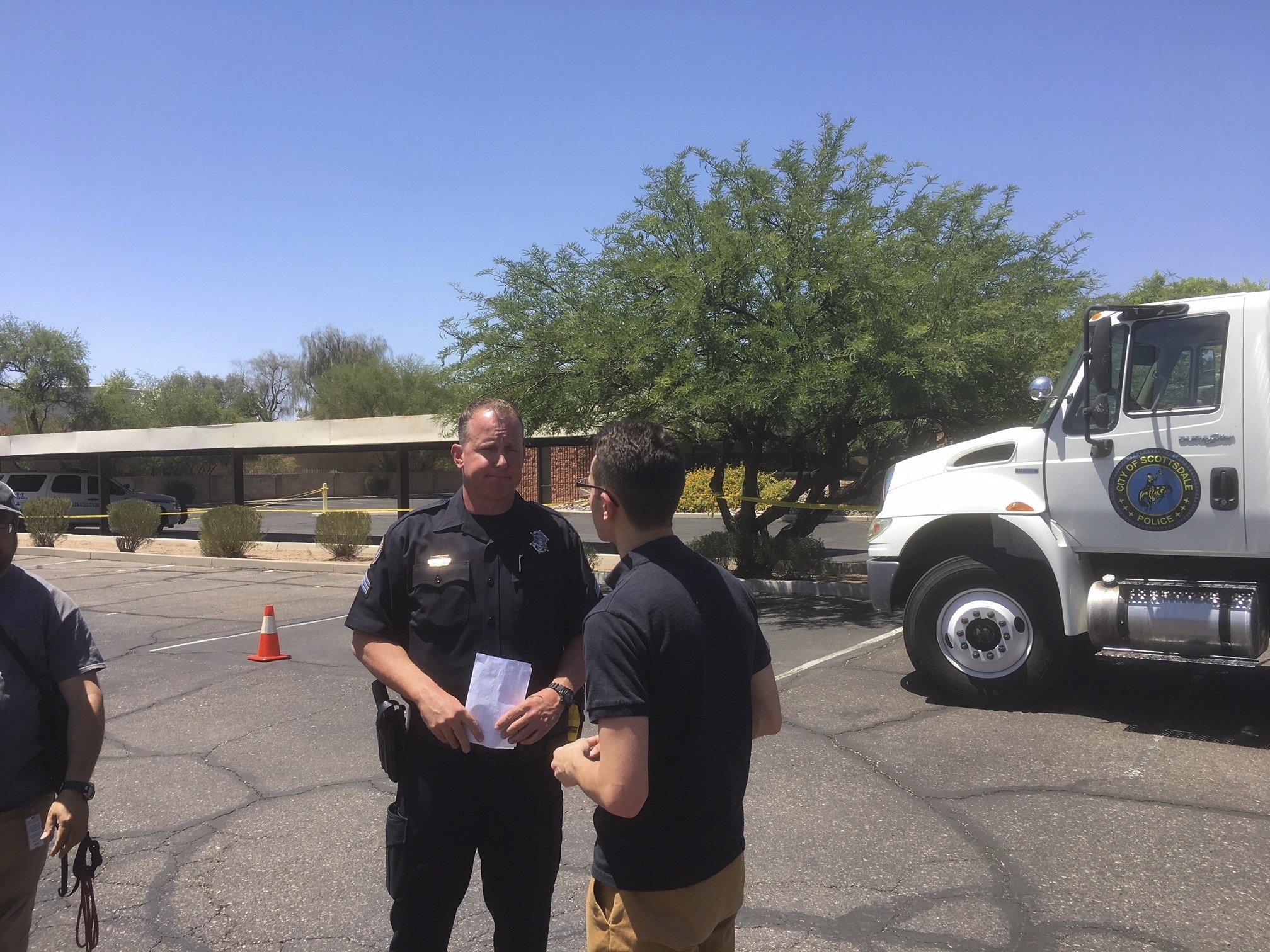 The shooting death of a prominent forensic psychiatrist who assisted in high-profile murder cases including serial killings in Phoenix is connected to the killings of two paralegals, said authorities, who were investigating Saturday whether a fourth homicide was also related.

Police in the Phoenix suburb of Scottsdale said the killings Friday of paralegals Veleria Sharp, 48, and Laura Anderson, 49, were related to the fatal shooting in Phoenix a day earlier of Dr. Steven Pitt.

Scottsdale police spokesman, Sgt. Ben Hoster, would not disclose what connected the first three victims, saying that was part of the investigation.

“We don’t know the relationships or the connections,” he said.

Witnesses heard a loud argument and gunfire Thursday outside Pitt’s office, which borders on Scottsdale. Phoenix police have been investigating the shooting and previously said they had no information on whether the killing was related to Pitt’s work.

Sharp and Anderson were both shot inside a law office Friday afternoon. According to Scottsdale police, one of the women managed to walk to an intersection to seek help despite suffering a gunshot wound to the head. She was taken to a hospital where she died. Officers, meanwhile, followed a blood trail back to the office and found the other woman. She was pronounced dead at the scene from a gunshot wound.

Phoenix police released a sketch of the suspect in the first three killings. It showed a white man wearing a dark hat.

Hoster said there was no indication that family members of the victims were in danger.

“We’re asking the public to remain vigilant and to call us if they notice anything out of the ordinary,” Hoster said.

Scottsdale police received a call at 12:10 a.m. Saturday about a man found fatally shot inside an office. Hoster did not identify the caller but said that person knew the victim.

The killing occurred in an office park that houses mostly therapists and counselors.

Hoster said it was not yet known if this death was related to the others.

Pitt, 59, assisted in the investigation into the 1996 death of 6-year-old JonBenet Ramsey, who was found dead at her home in Boulder, Colorado.

A decade later, he helped Phoenix police in the Baseline Killer investigation as they sought a man who was later convicted of killing nine people.

The website of the law firm that employed Sharp and Anderson, Burt/Feldman/Grenier, says it practices exclusively in divorce, child support and other aspects of family law litigation and mediation.

The firm issued a statement saying the women were treasured by co-workers who were mourning their deaths and helping police with the investigation. Anderson was described as a grandmother and mother with intellect and passion. Sharp was praised as a wife and mother who cherished music and her faith.