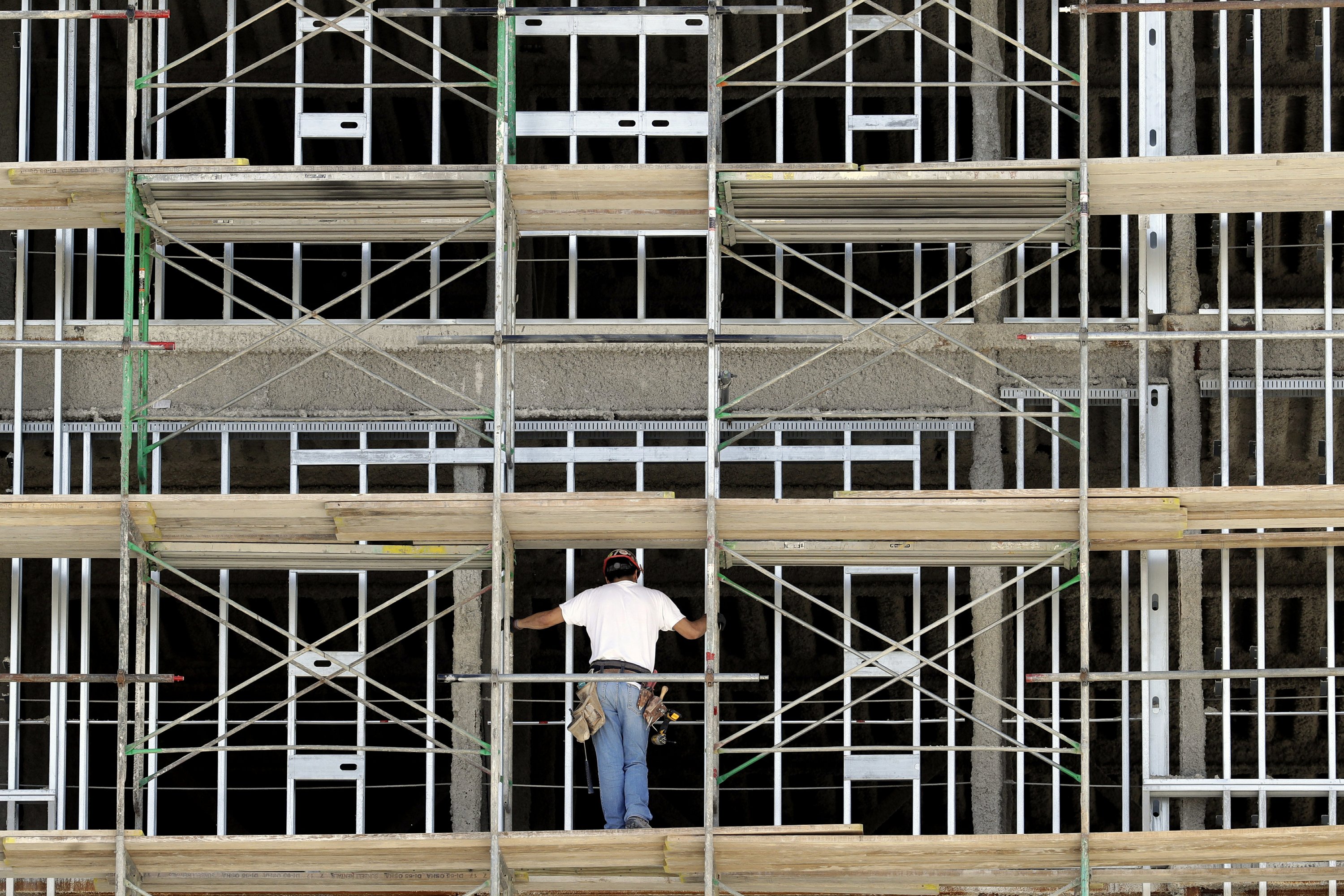 WASHINGTON — A group of top business economists believes the major tax cuts President Donald Trump pushed through Congress will give a significant boost to economic growth this year and next year. But they worry that by 2020, the country could be entering a new recession.

The National Association for Business Economics says in its latest quarterly outlook that its panel of 45 economists expects the economy, as measured by the gross domestic product, to expand 2.8 percent this year. That is down slightly from the panel’s March forecast, which put GDP growth this year at 2.9 percent.

The NABE economists are “slightly less optimistic about the U.S. economy in 2018 than they were three months ago,” says NABE vice president Kevin Swift, chief economist at the American Chemistry Council.

Part of the drop-off in optimism reflects growing worries about what Trump’s get-tough approach on trade might do to U.S. growth prospects.

Three-fourths of the NABE panel believes that current trade policies will have a negative impact on the economy. Trump last week imposed penalty tariffs on steel and aluminum imports from major U.S. trading partners — the European Union, Canada and Mexico — and he has threatened tariffs on up to $200 billion in Chinese imports, moves that could trigger a global trade war as the targeted nations pledge to retaliate.

The NABE forecasting panel was upbeat on the near-term impacts of the $1.5 trillion tax cut that Congress passed in December. The median expectation is that the cuts in individual and corporate taxes will boost growth by 0.4 percentage points this year and 0.3 percentage points next year.

The forecasters said the economy should grow 2.7 percent in 2019 after their projected 2.8 percent GDP growth this year. Both projections would be up from 2.3 percent growth in 2017 and the 2.1 percent average annual gains the country has seen since the Great Recession ended in 2009.

However, the Trump administration is projecting a bigger boost, forecasting that the GDP will grow by 3 percent or better over the next decade as the economy gains momentum from the positive impacts of the president’s economic program of lower taxes, deregulation and tougher trade policies aimed at reducing U.S. trade deficits.

But many private analysts are more pessimistic, noting that underlying factors such as the retirement of the baby boomers and weak productivity gains will continue to depress long-term growth prospects. The private forecasters believe the positive effects from the Trump tax cuts will quickly fade after the first two years.

Asked when the next recession might begin, two-thirds of the NABE economists saw one starting by the end of 2020, with 18 percent even more pessimistic, expecting the next downturn to begin by the end of 2019.

The current recovery, which began in mid-2009, is currently the second longest expansion in U.S. history and will become the longest if it lasts past June 2019.