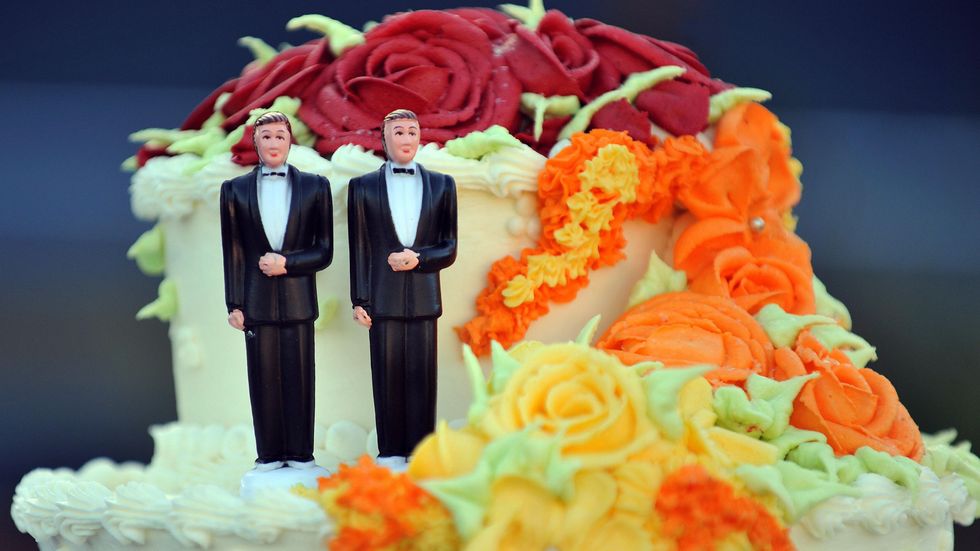 Today, in a 7-2 ruling, the Supreme Court sided with Christian bakers who refused to create custom wedding cakes for gay couples. While the decision itself will provoke anger, the reasoning that the Court gave could downright make progressive heads explode. Today’s progressives believe that they are on the right side in the battle against bigotry, and that conservatives, particularly President Donald Trump, are on on the wrong side.

Justice Anthony Kennedy, who has authored almost every past pro-gay-rights decision, wrote for the Court that the bakers win because the Colorado Civil Rights commission, who fined the bakers, are bigoted against Christians (see page 51 of the transcript). The evidence of bigotry? Commissioners’ statements comparing the bakers to anti-African-American segregationists.

That’s right – not only is refusing to bake a custom gay wedding cake NOT an example of bigotry, but comparing this refusal to segregation IS a form of bigotry, and in fact is such bigotry that it negates (to a certain extent) laws protecting gays from discrimination. Progressives have made multiple claims comparing the situation to Jim Crow laws. As of today, it is these progressives who are, by law, bigots.

The court went even further, stating on page one of the decision that opposition to gay marriage is a protected view; in other words, it is now, to a certain extent, illegal to discriminate against a person who opposes gay marriage. However, the court also was cautious in its wording, making sure to state that this ruling was not a license to eliminate all anti-discrimination laws.

For constitutional conservatives and classic liberals, this is a perfect ruling. It balances religious freedom with gay rights. More importantly, by showing progressives it is they who are bigoted and who have to change with the times, the ruling will hopefully cause progressives to honestly engage more with conservatives instead of calling them bigots.