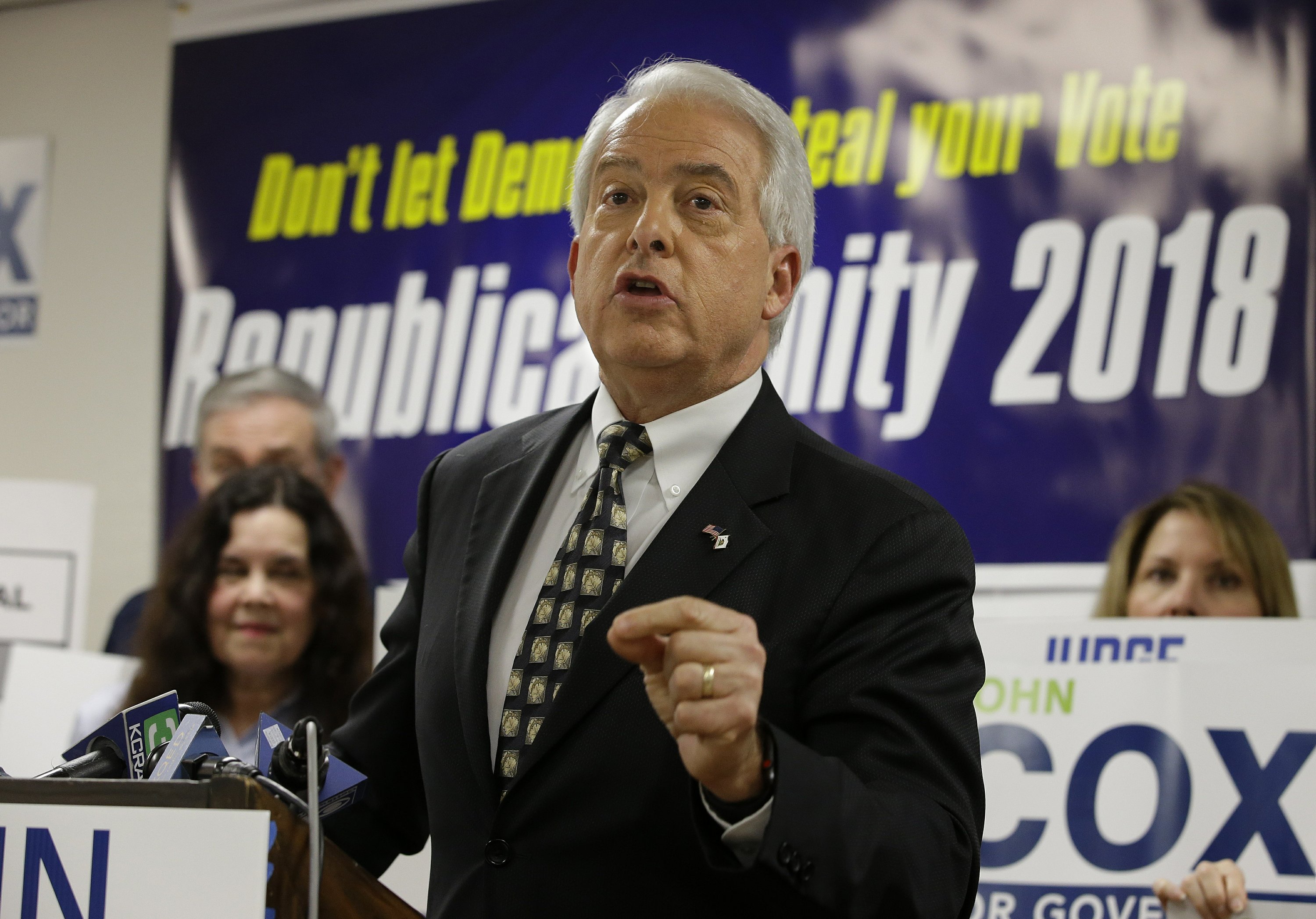 LOS ANGELES — For years sidelined on the national political fringe, California has lurched to the center of the fight for control of Congress.

No state will be more consequential in the success or failure of a prospective blue wave this fall. But before then, Democrats must avoid self-inflicted wounds in Tuesday’s so-called jungle primaries that feature a swarm of ambitious candidates who could cannibalize their own party’s chances. At the same time, Republicans face the embarrassing prospect of failing to nominate any candidates in marquee races for the U.S. Senate and governor.

California tops a list of eight states holding primary contests on Tuesday. Democrats and Republicans from Montana to Alabama and Mississippi to New Jersey will pick their nominees up and down the ballot to face off this November for the inaugural midterm elections of Donald Trump’s presidency.

With the possibility of a Democratic wave on the horizon, Tuesday’s contests will test voter enthusiasm, candidate quality and Trump’s influence as the 2018 political battlefield begins to settle.

“I look forward (to) watching the Democrats continue to nominate far-left progressives who are running to go to Congress to impeach the president and raise middle-class taxes,” said Corry Bliss, whose Congressional Leadership Fund will spend tens of millions of dollars to defend the House Republican majority this fall.

On the other side, Democratic strategists expect to see new evidence of an anti-Trump backlash, particularly in suburban districts across New Jersey and California, where many voters have soured on the Republican president.

“The California suburbs are the center of gravity for voters rejecting Republicans in the era of Trump,” said Democratic strategist Jesse Ferguson. “When you combine the Democratic energy with the suburban independent voters who want nothing to do with a Trump Republican, you create a toxic combination for a Republican member of Congress trying to get re-elected.”

Democrats must wrestle at least 23 seats from Republican hands to seize control of the House for the second half of Trump’s first term.

There is no more fertile terrain than California, which features seven Republican seats in districts won by Democratic presidential nominee Hillary Clinton in 2016. No other state features more than three such seats.

Under the system, all candidates appear on a single ballot, yet only the top two vote-getters regardless of party advance to a November runoff. In a crowded and competitive race — and there are many — it’s possible that two candidates from the same party advance to the runoff in some districts, leaving the other party with no candidate on the November ballot.

That’s a nightmare scenario for Democrats in particular, who claim momentum in some suburban districts but feature packed fields in many cases.

National Democrats have spent more than $7 million trying to avoid that fate in districts opened by Republican Ed Royce and Darrell Issa’s retirements and in the district where Republican Rep. Dana Rohrabacher is facing challenges from the left and the right. That’s money that Democrats would have preferred to save for this fall.

For Republicans, a California shutout is most likely in the governor’s race.

There is another kind of drama playing out in other states.

In New Jersey, Sen. Bob Mendez is expected to become the Democratic Party’s nominee for a third term despite being tainted by a hung jury in his recent federal bribery trial. Republicans hope to use the fallout to tar other Democrats in the state, including those fighting to defeat vulnerable GOP incumbents in suburban districts.

In Montana, Republicans will pick a candidate to take on Democratic Sen. Jon Tester, who is among the most vulnerable Democratic senators in the nation. The GOP struggled to recruit top-tier candidates, leaving the most likely nominees as State Auditor Matt Rosendale or retired judge Russ Fagg.

Democrats have aimed their most aggressive attacks at Rosendale, seizing on his background in Maryland and questions about his experience as a rancher.

Governor’s races will also take shape Tuesday in Alabama, Iowa, South Dakota and New Mexico, where Republicans in most cases are fighting to demonstrate their loyalty to Trump and Democrats are toeing the line, particularly in more conservative states.

That’s certainly the case for vulnerable Alabama Rep. Martha Roby, a Republican who faces a difficult primary challenge after becoming the first to withdraw her endorsement of Trump in 2016. She made the decision after the release of a 2005 “Access Hollywood” tape in which Trump bragged about grabbing women’s genitals. Roby’s top challenger is the man she beat to win the seat in 2010, former Democratic Rep. Bobby Bright, who switched parties to try to even the score.

Tuesday’s drama extends into South Dakota, where Rep. Kristi Noem’s bid to become the state GOP’s first female nominee for governor has opened the state’s only House seat. The race has drawn considerable attention from outside the state.

It may be a while before all of Tuesday’s contests are decided, particularly in California.

The state allows absentee ballots to be mailed through primary election day, meaning it’ll likely be days before the final votes are counted.