Melania Trump makes appearance after 24 days out of sight 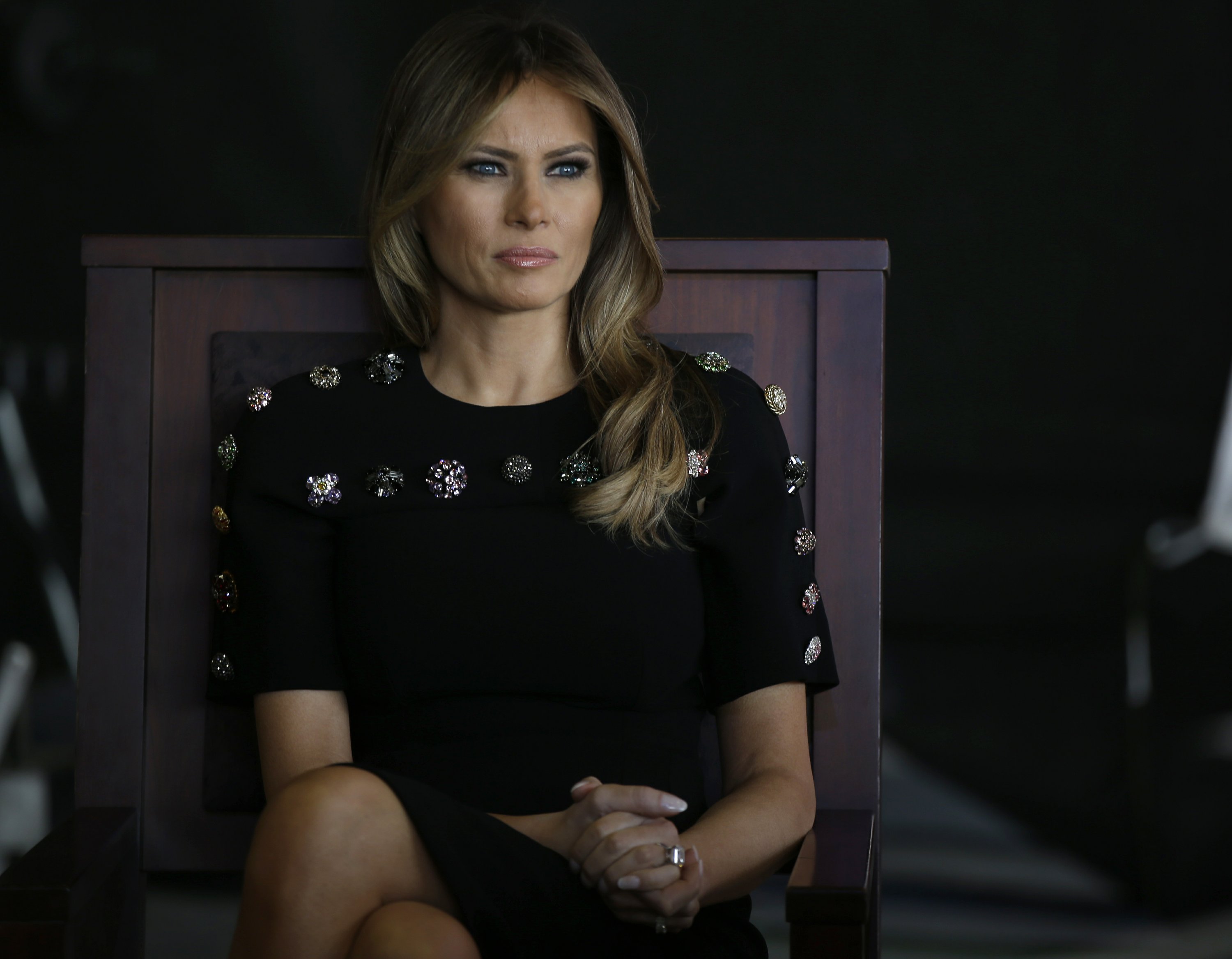 The first lady joined the president at a reception to honor families of those killed during military service. Out of respect for the families, the White House did not allow journalists to cover the event, meaning the first lady was seen in the flesh only by the families and administration officials who attended.

Others had to wait for photos and video to hit social media — and it didn’t take long before that happened.

Video posted on Twitter showed the first lady, who wore a black sleeveless dress, strolling into the East Room accompanied by President Donald Trump. The president showed her to a seat in the front row before he headed for the stage.

It’s the second year the Trumps have opened the White House to Gold Star families. The first lady said in a written statement after last June’s event that these families “are a unique and distinct category of individuals who should be cherished.”

Mrs. Trump had not been seen in public since the overnight hours of May 10 when she and the president traveled to a Maryland military base to welcome home three Americans who had been released from captivity in North Korea. Four days later, the White House announced that she had been hospitalized to treat a benign kidney condition.

The closest first lady parallel to Mrs. Trump’s time out of the public spotlight is Bess Truman, who did few events as first lady because of discomfort around the media, said Anita McBride, a veteran of three Republican administrations who last served as chief of staff to first lady Laura Bush. Mrs. Truman also spent a lot of time in Missouri with her mother.

Nancy Reagan spent several weeks out of public view after a mastectomy, but continued to meet with staff and do other work behind the scenes.

Public interest in and news media coverage of first ladies exploded during the Obama administration, the first White House to extensively use social media to spread its brand, McBride said. But first ladies are not elected and technically are still private citizens, and each one gets to tailor the job to suit her.

“She is going to do this job her way,” McBride said of Mrs. Trump. “It’s her style and we just have to accept that.”

Mrs. Trump stayed in the hospital for five days and has kept out of public view since returning home May 19. She has been meeting with staff and working on upcoming projects, according to spokeswoman Stephanie Grisham.

Grisham said the Gold Star families’ event is important to Mrs. Trump and has been on her calendar for some time.

It’s still unclear when the first lady will make an appearance in public. She’s not scheduled to accompany Trump to an annual world leaders’ summit in Canada this weekend, or when he meets with North Korea’s leader in Singapore next week.

Her absence has sparked all kinds of wild speculation, but the first lady has shown no interest in making an appearance just to knock down rumors.

She sent early signals that she will not bow to speculation or public expectations about what she should be doing.

Her first clue that she would be a different first lady came when she decided to continue living at Trump Tower after her husband took office in January 2017, citing a desire to maintain stability for her son’s schooling. She and son Barron officially moved to the White House last June.