50 years later: Why did RFK inspire so many Republicans? 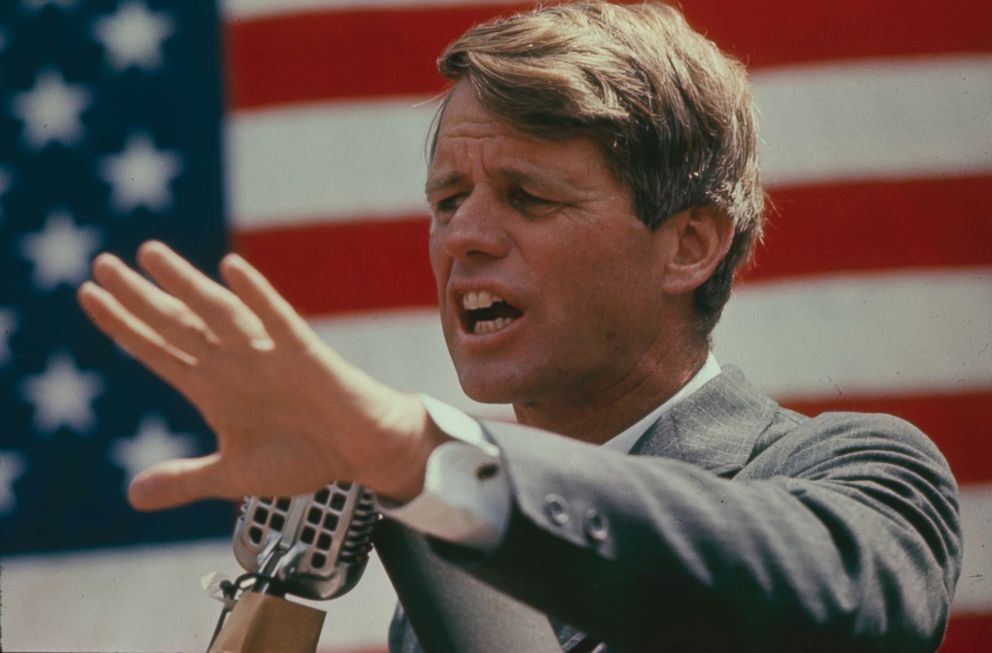 Wednesday marks the 50th anniversary of the death of Democratic Senator Robert F. Kennedy, who was shot by an assassin on June 5, 1968 and died the following day.

Why are so many people who worked for Senator Bobby Kennedy now Republicans or conservatives?

Maybe it is because America’s two political parties have changed so much in 50 years. A political scientist might note that 1968 was a realigning election, in which white working-class voters moved sharply to the Republican Party.

Or, it could be that individuals have changed; many a statesman, including President John Adams, have quipped that a man who is not liberal at 25 has no heart, but a man who is not conservative by age 40 has lost his mind.

I, however, want to believe that Bobby Kennedy inspired so many Republicans because his values were universal. Pundit Bill O’Reilly, comedian Dennis Miller, movie critic Michael Medved, football-player-turned-minister Rosey Grier and speechwriter Adam Walinsky all worked for Bobby Kennedy’s 1968 campaign.

Yet, today, all five of these men have very different political views from each other, let alone from those of the Democrats of the 1960s. O’Reilly is a Catholic right-wing populist. Miller is nearly the opposite, a socially-liberal, hawkish neoconservative. Medved and Grier are religious conservatives who preach traditional values, though of different religions — Medved is an Orthodox Jew and Grier is a Protestant minister. Walinsky, contra Miller, votes Republican because he feels the Democrats are too pro-war.

How could Bobby Kennedy unite these five men of disparate views?

It takes more than charisma. It was Kennedy’s strong stances on human rights and truth that united them.  Kennedy favored civil rights for blacks, Latinos and Catholics. He supported anti-Apartheid efforts in South Africa. His pro-human rights values led him to oppose the Vietnam War while supporting military aid to Israel, a stance that caused a Palestinian, Sirhan Sirhan, to assassinate him.

Kennedy’s 1948 reporting from the Middle East showed him, and the world, that the Jews were welcoming to Arab economic immigrants (now called the Palestinian people), while hostile foreign armies wanted to wipe out Jewish presence in the area. He saw the situation in Israel as it truly was, and not the way Soviet-backed propaganda portrayed Arabs as being oppressed by Israel.

Bobby Kennedy’s stance on truth and human rights united Americans of various political views. But it was these values that ultimately led to his assassination.

U.S. politics is sorely lacking an eloquent spokesman for these universal values.

We need another Bobby Kennedy.