China institutes on US campus: Fount of learning or threat? 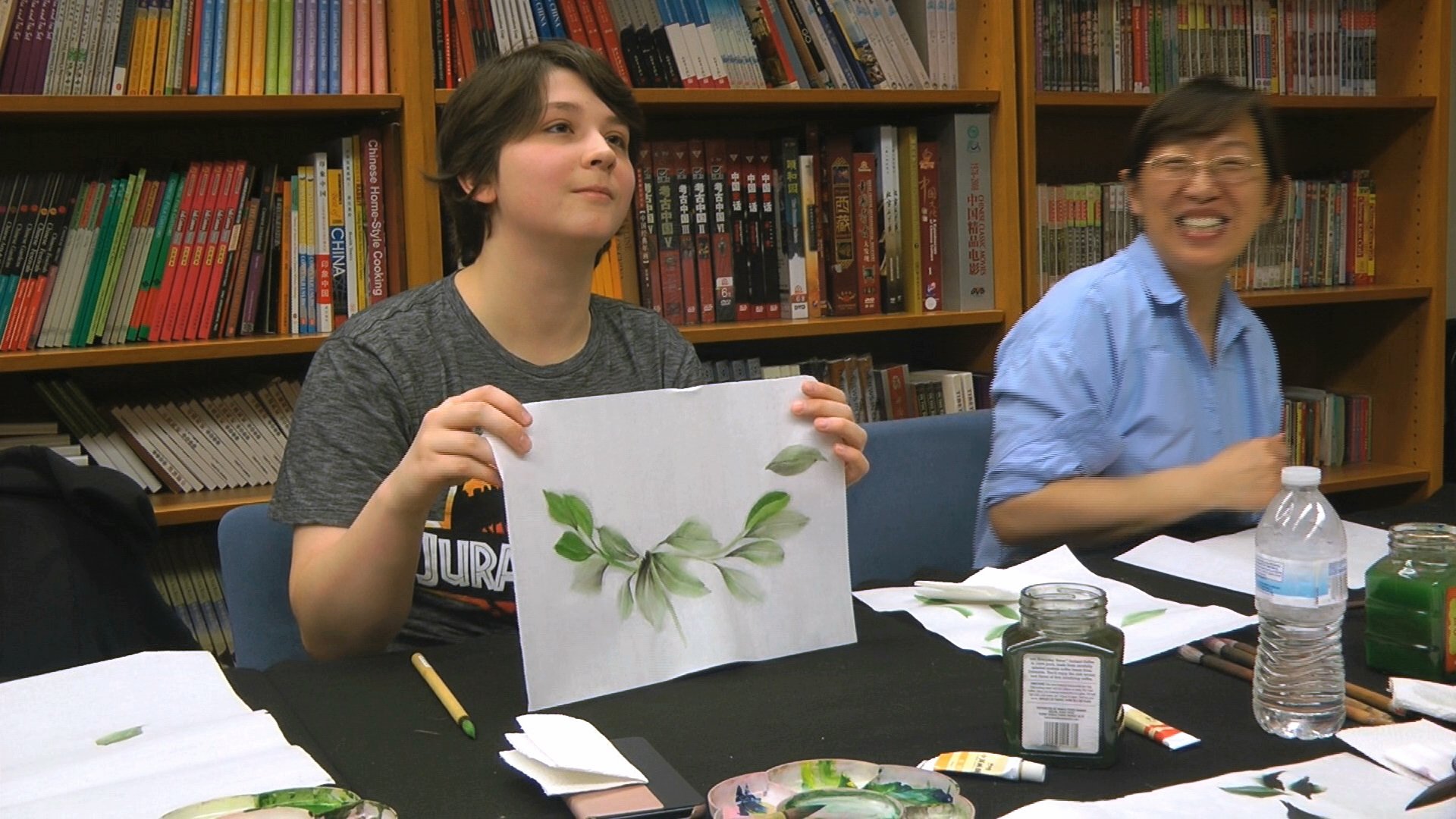 WASHINGTON — On college campuses in virtually every state across the U.S., the Chinese government supports more than 100 institutes that teach language and culture. For university students like Moe Lewis, they offer a chance to learn about Chinese art and pick up a few phrases in Mandarin. For critics, like Republican Sen. Marco Rubio, they present a threat to academic freedom and a spy risk.

As tensions between the U.S. and China rise over trade and security, perceptions vary wildly about educational exchanges that have thrived since diplomatic relations were normalized four decades ago.

Increasingly, U.S. authorities are concerned that Chinese professors and students could exploit access to universities to gather intelligence and sensitive research — an issue a Senate judiciary panel will address Wednesday. And while the China-funded Confucius Institutes that have mushroomed worldwide since 2004 focus on benign subject matter, U.S. lawmakers are pushing for them to be more tightly regulated or even shuttered.

“I think every college should be aware of what these institutes are used for and that they are in fact consistently been used as a way to quash academic freedom on campus at the behest of a foreign government,” said Rubio, R-Fla. “I would encourage every college in America to close them. There’s no need for these programs.”

The view from the George Mason University campus a few miles outside Washington is much different. While institutes have sometimes been accused of squelching anti-Beijing views on issues like Tibet, Lewis, an undergraduate studying animation, said she’s seen no sign of intentional bias. She said the institute is one of her favorite places on campus.

“I think that it’s nice to have a lot of multicultural experiences especially with countries that (we) have tensions with,” said Lewis, after painting peony leaves with watercolors at a weekly art session where most attendees were Chinese students and the painting teacher was an American. “It’s important to learn about those places.”

The debate over Confucius Institutes has become a testing ground for the American response to China’s growing global reach, and underscores anxieties over the more than 350,000 Chinese who study in the United States, more than one third of all foreign students. Only around 20,000 Americans study in China.

In February, FBI Director Christopher Wray voiced concern that China could be using professors or students to collect intelligence at universities naive about the risks. He also told a Senate intelligence committee hearing on worldwide threats that the FBI was monitoring Confucius Institutes, although he highlighted no evidence of wrongdoing.

Since then, universities have announced the closure of three institutes in Texas and Florida after pressure from lawmakers.

Rubio is co-sponsoring legislation that would require the institutes to register with the U.S. government as representing the interests of a foreign power. Currently, their academic activities exempt them from the Foreign Agents Registration Act, which requires disclosure by lobbyists and others advocating for foreign governments and organizations.

“To me as a person, it seems to be more about fear, an anti-China sentiment, rather than speaking of the truth,” responds Gao Qing, executive director Confucius Institute U.S. Center in Washington, who rejects allegations of espionage. “The problem I have with people who disagree with Confucius Institutes is that they haven’t visited them.”

Foreign government funding of educational programs in the U.S. is not uncommon. U.S. allies like Japan and South Korea, for example, fund courses in their nation’s language and culture. Saudi Arabia and other Mideast nations have supported research in Islamic and Mideast studies.

Political suspicion about the Confucius Institutes has been driven in part by their sheer reach, with more than 500 in 140 countries, and by China’s rise as a world power. In 2009, a top Chinese Communist Party leader described the institutes as “an important part” of the Asian nation’s overseas propaganda. The Chinese government contributes teachers, materials and funding.

America has been the biggest beach-head. But have threats to academic freedom — which forced the closure of institutes on campuses in Chicago and Pennsylvania in 2014 — been overblown?

Each institute has an American and a Chinese director, and according to Harvey Pearlman, a law professor at the University of Nebraska, the Chinese government agency that oversees the institutes, Hanban, has been flexible in amending contracts to make them subordinate to university rules. Their courses are tailored to the needs of the host university and have their own specialties, like Chinese theater and opera, traditional medicine and China’s financial system.

Former Republican lawmaker Matt Salmon of Arizona is “incredulous” that Chinese language training poses a security threat. He’s a Mandarin speaker and former chair of a House subcommittee on Asia — a longtime friend of Taiwan and critic of Chinese trade practices. He now works at Arizona State University, which hosts more than 4,000 Chinese students.

He said that the Defense Department awarded a three-year grant to Arizona State to promote Mandarin teaching in public schools that is conducted with its Confucius Institute. It helps design courses taught by local teachers for high school students taking advanced Chinese. The funding from National Security Education Program, which supports learning in strategically important languages, has totaled $450,000 in the past year-and-a-half, institute director Joe Cutter said.

“I believe very strongly that if the DoD felt there were some kind of a threat to the national security, it would have never given us that grant,” Salmon told The Associated Press.

Pentagon spokeswoman Maj. Carla Gleason said the institute is not a formal partner in Arizona or elsewhere — although it is mentioned in the language program’s annual report for 2017.

Rubio, a member of the Senate intelligence committee and one of the most outspoken critics of China in Congress, says such cooperation should end. He contends that Confucius Institutes are used to identify students who could become “agents of Chinese influence.” He warns that it is part of broader strategy by China’s ruling party to eclipse American power.

“It’s a new world we’re living in. A lot of the stuff sounds like Hollywood. But I wouldn’t waste my time on it if it wasn’t real,” he said.