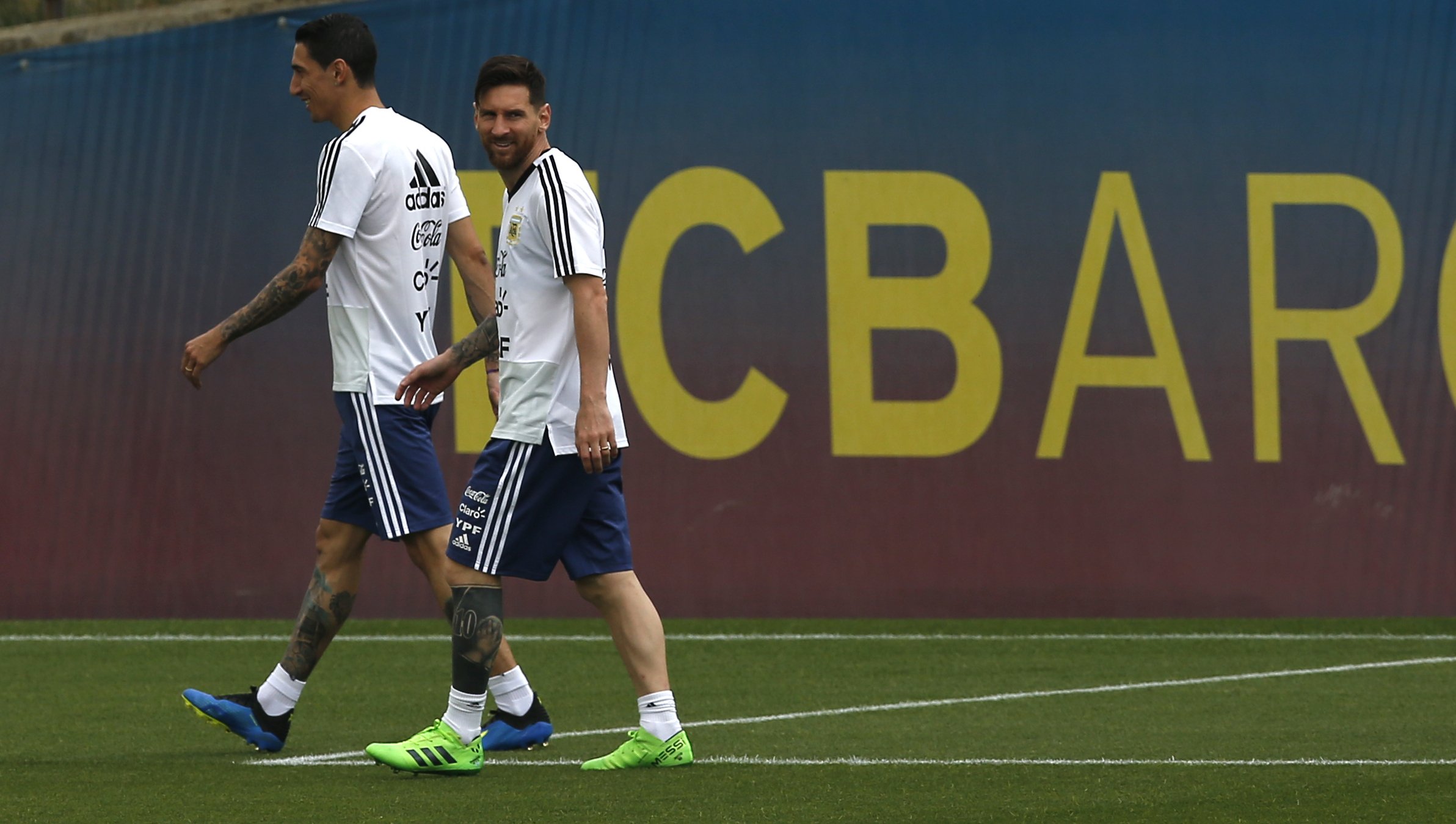 JERUSALEM — The sports-crazed nation of Israel was in uproar Wednesday over Argentina’s abrupt cancellation of a World Cup warmup match following pro-Palestinian protests, with some of the country’s leaders accusing Lionel Messi and his teammates of caving to terrorism.

Israel was eagerly awaiting the sold-out international friendly scheduled for Saturday night at Jerusalem’s Teddy Kollek Stadium and the arrival of some of the world’s best players. Argentina is one of the most popular national teams among Israelis and fans had been scrambling to get a chance to see Messi in person.

But after a fierce Palestinian campaign, which included images of Argentina’s white and sky-blue striped jersey stained with red paint resembling blood and threats to burn Messi posters, Argentina’s football federation announced it was skipping the event.

“In the end, they’ve done right thing, and this is behind us,” Argentina striker Gonzalo Higuain told ESPN. “Health and common sense come first. We felt that it wasn’t right to go.”

“It’s unfortunate the soccer knights of Argentina did not withstand the pressure of the Israeli-hating inciters, whose only goal is to harm our basic right to self-defense and bring about the destruction of Israel,” said Defense Minister Avigdor Lieberman. “We will not yield before a pack of anti-Semitic terrorist supporters,”

Israeli President Reuven Rivlin said it was a sad morning for Israeli sports fans, including his own grandchildren. “But there are values that are greater than even Messi. The politicization of the Argentinean move worries me greatly,” he said.

Opposition figures, however, accused Israel’s headline-seeking sports minister of bringing on the politicization of the sporting event by insisting on moving the game from Haifa to contested Jerusalem and by trying to orchestrate a politicized photo-op with Lionel Messi. Israel captured east Jerusalem, in the 1967 Mideast war and annexed the area in a move that is not internationally recognized. Israel considers the entire city to be its capital, while the Palestinians seek east Jerusalem as the capital of a future state.

Opposition leader Yitzhak Herzog called the snub a “spectacular own goal” by Regev that delivered victory to boycotters of the Jewish State. Labor Party leader Avi Gabbay called for a police investigation into Regev’s “corrupt conduct.”

“We just absorbed a shot in the face. This is not just sports,” he tweeted. “This, unfortunately, could start an international tsunami.”

Regev countered that terrorist groups had made threats against Argentina’s players and their families, sending them images of dead children. She accused members of the Israeli parliament, on Knesset, of backing the boycott advocates.

“Unfortunately, we have Trojan Horses in the Knesset who give headwind to terrorism,” she said.

Israel has largely fended off the boycott campaign, with only a small number of artists and organizations shunning the country. Argentina’s snubbing would appear to be the boycott movement’s greatest achievement thus far.

The grassroots movement advocates boycotts, divestment and sanctions against Israel in what supporters say is a way to promote Palestinian rights through nonviolent means. Israel says the campaign goes beyond Israeli occupation of lands claimed by the Palestinians and masks a deeper aim of delegitimizing or even destroying the country. It has formed a government ministry whose primary mission is to combat the boycott movement.

The Palestinians celebrated the cancellation as a major triumph.

The head of the Palestinian football association, Jibril Rajoub, had called on Arab soccer fans to burn Messi posters if he participated. He has long tried to get soccer’s world governing body, FIFA, and the International Olympic Committee to impose sanctions against Israel.

Israeli organizers said an offer had been floated to have the game played in Barcelona instead, but it was highly unlikely.

“I think sports should never be involved with politics,” said Shahaf Ashraga, a fan in Jerusalem. “It is just makes me sad to think that the game has to be cancelled because of the Palestinian pressure”

Argentina opens its Group D campaign in Russia against Iceland on June 16. It then plays Croatia on June 21 and Nigeria on June 26. It is unclear whether Argentina will play another warmup, or if it will arrive to Moscow ahead of schedule.