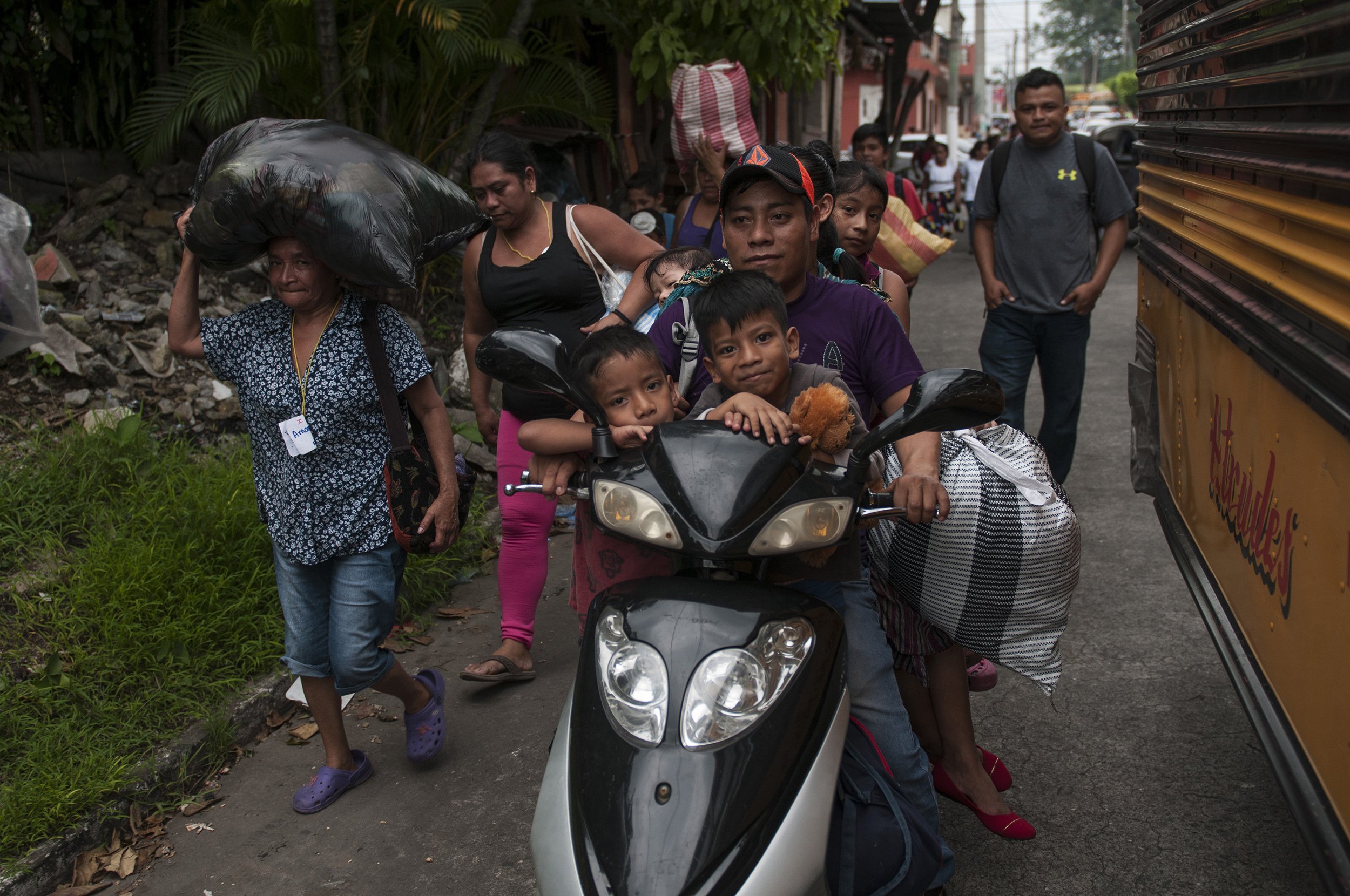 ESCUINTLA, Guatemala — Frightened people living near the Volcano of Fire fled with their children and few possessions when fresh flows of super-heated debris were announced, taking no chances after authorities gave them little time to evacuate before a deadly eruption over the weekend.

Traffic came to a standstill on choked roads Tuesday and those without vehicles walked, even in central Escuintla, which was not under an evacuation order. Businesses shuttered as owners fled, memories still fresh of Sunday’s blast, which left at least 75 people dead and 192 missing, and reduced a once verdant area to a moonscape of ash.

Mirna Priz, who sells tamales and chiles rellenos, wept as she sat on a rock at a crossroads, with a suitcase in front of her and her 11-year-old son, Allen, and their terrier mix Cara Sucia by her side.

“You feel powerless,” she said. “I don’t know where I’m going to go. To leave my things, everything I have.”

But after seeing what happened Sunday, she was afraid to stay.

A column of smoke rose from the mountain Tuesday afternoon and hot volcanic material began descending its south side, prompting new evacuation orders for a half dozen communities and the closure of a national highway. The country’s seismology and vulcanology institute said the smoke billowing from the volcano’s top could produce a “curtain” of ash that could reach 20,000 feet (6,000 meters) above sea level, posing a danger to air traffic. 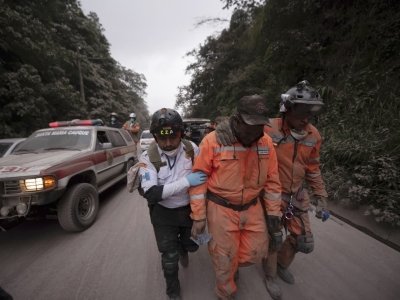 Rescuers, police and journalists hurried to leave the area as a siren wailed and loudspeakers blared, “Evacuate!”

Among those fleeing was retiree Pantaleon Garcia, who was able to load his grandchildren into the back of a pickup with a jug of water and some food. They were heading to the homes of relatives in another town.

“You have to be prepared, for the children,” he said.

When the panic set off by the new evacuations became clear, disaster officials called for calm.

In the community of Magnolia, which was under the new evacuation order, residents fled carrying bundles, bags of clothing and even small dogs in their arms.

Many walked along the side of the highway because vehicular traffic had stalled on the only road out.

By Tuesday the images of Sunday’s destruction were familiar to everyone. What was once a collection of green canyons, hillsides and farms was reduced to grey devastation by fast-moving avalanches of super-heated muck that roared into the tightly knit villages on the mountain’s flanks.

Two days after the eruption, the terrain was still too hot in many places for rescue crews to search for bodies or — increasingly unlikely with each passing day — survivors.

Lilian Hernandez wept as she spoke the names of aunts, uncles, cousins, her grandmother and two great-grandchildren — 36 family members in all — missing and presumed dead in the volcano’s explosion.

“My cousins Ingrid, Yomira, Paola, Jennifer, Michael, Andrea and Silvia, who was just 2 years old,” the woman said — a litany that brought into sharp relief the scope of a disaster for which the final death toll is far from clear.

A spokesman for Guatemala’s firefighters, said that once it reaches 72 hours after the eruption, there will be little chance of finding anyone alive.

At a roadblock, Joel Gonzalez complained that police wouldn’t let him through to see his family’s house in the village of San Juan Alotenango, where his 76-year-old father lay buried in ash along with four other relatives.

“They say they are going to leave them buried there, and we are not going to know if it’s really them,” the 39-year-old farmer said. “They are taking away our opportunity to say goodbye.”