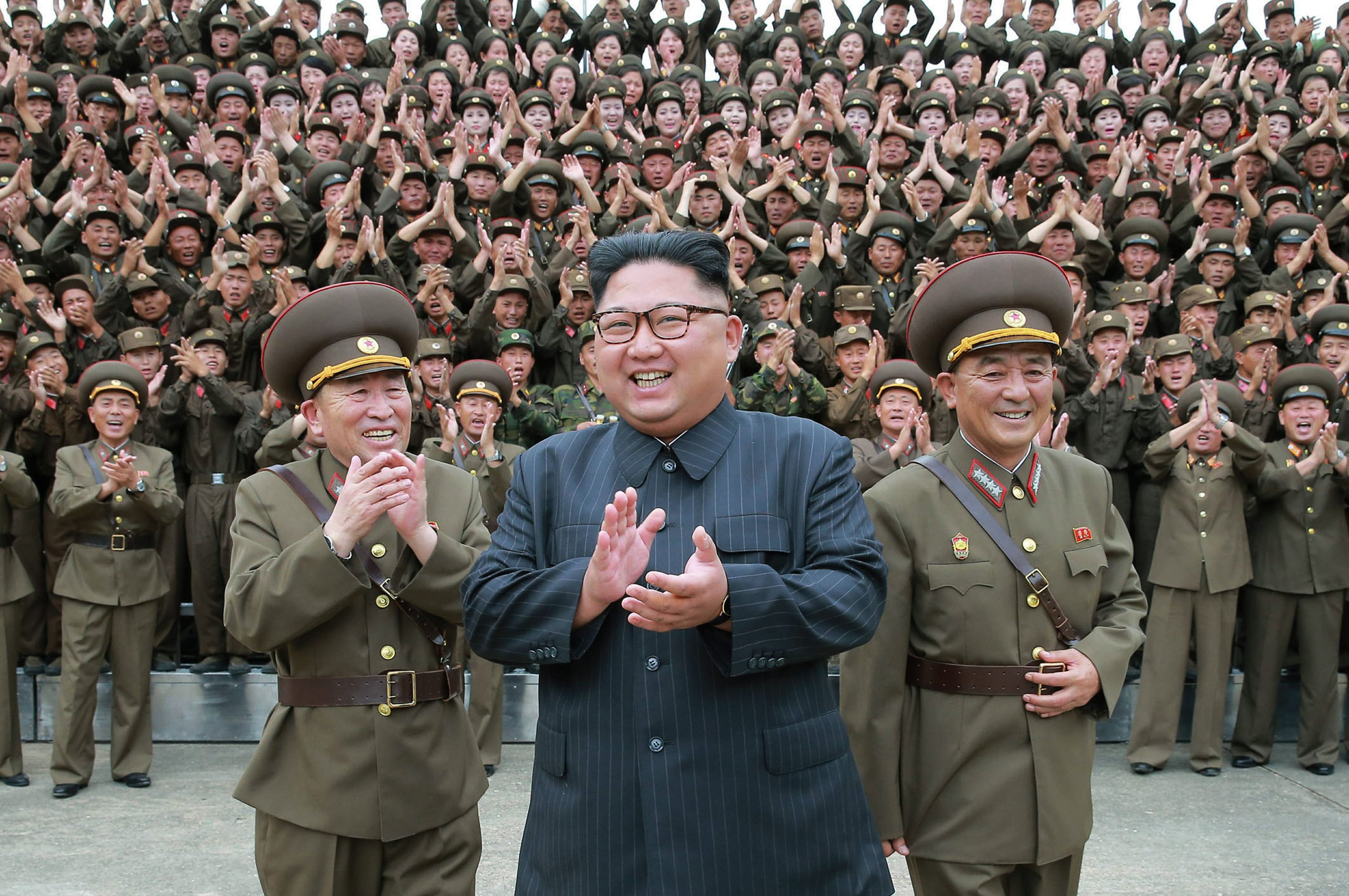 TOKYO — While raising hopes for denuclearization and a peace treaty to finally end the Korean War, North Korean leader Kim Jong Un’s newly found focus on diplomacy comes with an ironic flipside: It could be a godsend for his generals.

Kim’s thinking on how his military fits in to his plans to foster detente on the Korean Peninsula and negotiate security guarantees from Washington may become clearer when he sits down with President Donald Trump next week in Singapore.

But one thing is already clear. Kim cannot survive without his loyal troops. Whatever grand strategy he has in mind will strongly reflect their interests — and that includes the ability to make lots of money.

Along with the nuclear bombs and intercontinental ballistic missiles that have gotten the world’s attention, the Korean People’s Army is deeply involved in everything from raising mushrooms and apples to running its national airline and selling the country’s mineral resources abroad.

So they stand to benefit greatly if Kim succeeds in depleting support for sanctions by negotiating with Trump and the North’s affluent neighbors.

Rivaled only by the ruling party itself, with which it is carefully intertwined, the military is the biggest and most formidable organization in North Korea. It consumes roughly one-third of the country’s annual budget and employs 1 million-plus personnel, making its standing army one of the world’s largest despite the North’s small population of less than 25 million.

From the reign of Kim’s father, one of North Korea’s most important slogans has been “Military First.” And since he took power, Kim has set his sights on simultaneously developing the nation’s nuclear forces and its economy. His current diplomatic overtures to China, Seoul and Washington are based on his claim, laid out to party elites in April, to have already “completed” the development of his nuclear arsenal.

With the nuclear development mission accomplished, his argument goes, it’s time to adopt a “new strategic line” that emphasizes the economy and the strategic use of diplomacy.

That should not be seen as a move against his military.

Just as shifts in the economy since Kim assumed power in late 2011 have created a growing income gap in the civilian sector, so have they contributed to growing disparity within the military ranks, suggests William Brown, an adjunct professor at Georgetown University and former analyst with the U.S. State Department and CIA.

“Some units and some soldiers are making good money doing construction work and others are making essentially nothing doing their foxhole duty. Same for the officers,” he said. “Some are coming out of their 10-year tour of duty with marketable skills, like driving and fixing taxis, and others with no skills at all.”

Brown said that, in the long run, diplomatic success could free Kim to cut costs by reducing the military’s bloated ranks. But he stressed that for now “keeping soldiers happy when others seem to be getting rich is of paramount importance.”

“I get the sense that Kim is getting ready for another massive state wage increase to make state workers, including the military, a little more happy,” he said.

The military’s involvement in such a wide variety of side-businesses also means it is in its interest to see an increase in trade well beyond sales of nuclear technology or missile parts that will likely remain the target of international non-proliferation watchdogs no matter how well Kim’s talks go.

“They own a large number of enterprises, and their share in the mining sector is probably one of the largest. So they’ve definitely lost out as sanctions have made North Korean coal and mineral exports plunge,” said Benjamin Katzeff Silberstein, an associate scholar with the non-profit Foreign Policy Research Institute.

Silberstein added that the most important role of the military in the economy is its ability to readily provide manpower where needed, doing construction and road repair work, helping out with the harvest and working in the mines. “That role is hard to quantify,” he said, “but it is likely massive.”

Unconfirmed reports this week out of Seoul and Washington that Kim recently replaced his top three military officials could suggest he is already trying to ensure the military is properly positioned to handle more foreign investment and to toe his new line without being lured by an influx of money into corruption or insubordination.

Symbolic of the military’s dual role, one of the three new generals, Kim Su Gil, was at Kim’s side during a recent trip to the Wonsan-Kalma tourism zone, a massive development project along the east coast that Pyongyang hopes will become a major attraction for South Korean visitors if sanctions are lifted.

The area, crawling with troops known as “soldier-builders” erecting luxury hotels and paving new roads, was popular with South Korean visitors during a previous period of detente.

Its popularity ended abruptly when a North Korean soldier fatally shot a South Korean woman who strayed into a restricted area.