The Latest: Polls close in New Mexico in primary elections 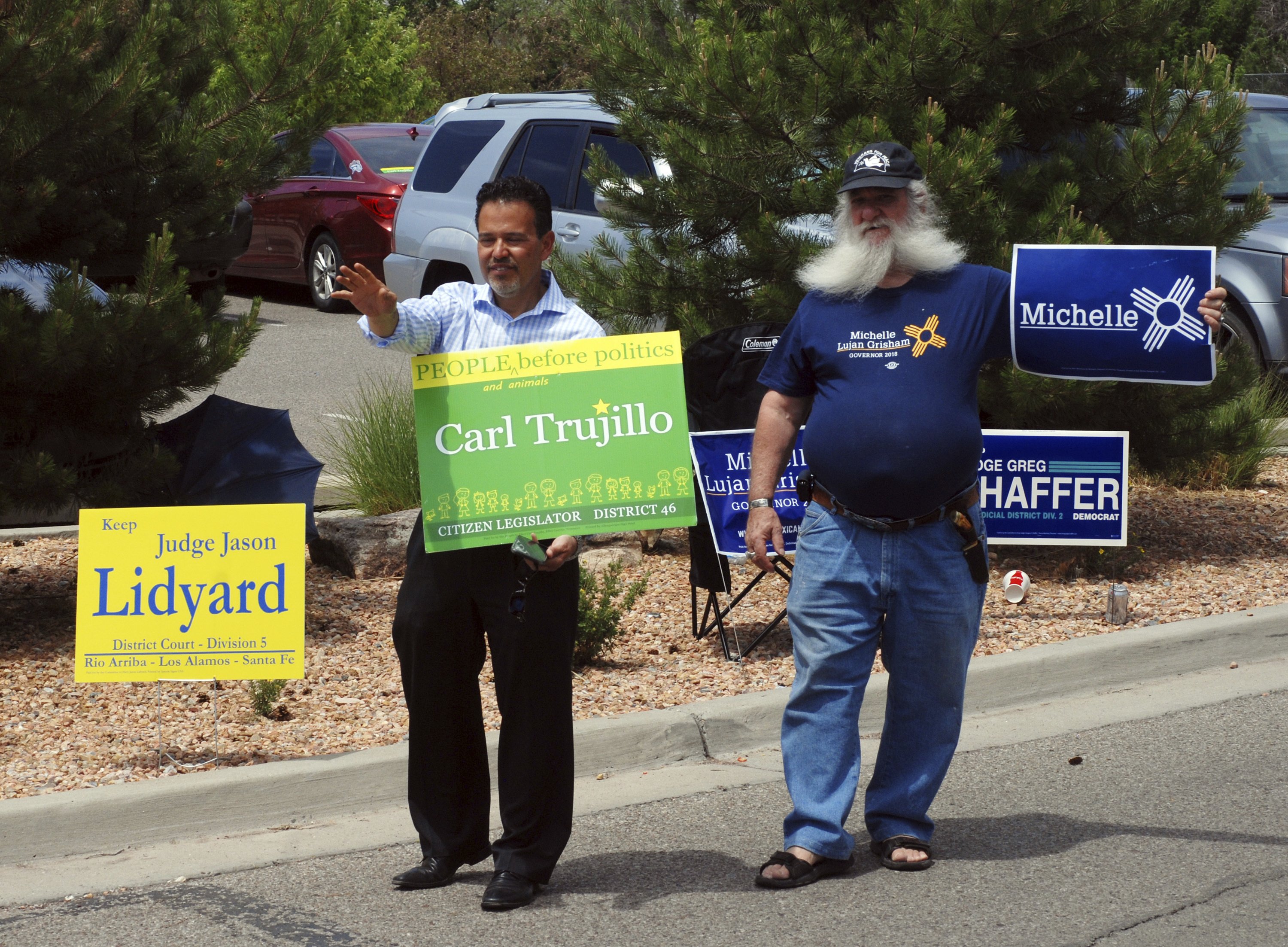 U.S. Sen. Bob Menendez has fended off a primary challenger and will be the Democratic nominee in New Jersey’s only statewide race this fall.

The 64-year-old on Tuesday defeated publisher Lisa McCormick in his push for a third term.

Menendez is heading into the general election after federal criminal corruption charges against him were dropped and he was rebuked by the Senate’s ethics panel.

Republican challenger Bob Hugin (HYOO’-gihn) has been pummeling Menendez over the allegations he accepted gifts in exchange for helping a friend with personal and business matters. A jury couldn’t reach a verdict on the charges last year, and federal prosecutors decided not to retry the case.

Menendez has denied he did anything wrong and has cast himself as a check against President Donald Trump in a year when the Senate could be up for grabs.

Los Angeles County officials say the names of more than 118,000 voters were omitted from voter lists because of a printing error, but residents can still cast their ballots.

They say the issue involves a total of 118,522 voters in Los Angeles County.

Officials say they are still working to identify what caused some names to not be included on printed lists of voters.

They say poll workers have been instructed to offer provisional ballots to every voter whose name doesn’t appear on the poll site’s roster.

The county says votes cast on provisional ballots will be counted once the voter’s registration is confirmed.

Democratic U.S. Rep. Adam Schiff tweeted Tuesday: “Don’t let this affect the election results. Make sure your vote is counted!” Democrats need a good day in California to have much hope of seizing the House majority this fall.

Polls are closing in New Mexico as voters decide on a Democratic candidate for governor and major-party nominees for two open congressional seats.

More than 92,000 votes were cast as the race narrows to succeed Republican Gov. Susana Martinez, who cannot run for a consecutive third term. In all, eight states are holding primaries Tuesday.

Bob Hugin defeated Brian Goldberg on Tuesday. Hugin ran Celgene until this year and is a first-time candidate spending millions of his own fortune to finance his race.

He says he’s running as an independent Republican in a state with roughly 900,000 more Democrats than Republicans.

Hugin barely concentrated on Goldberg, a former IT professional and construction firm executive.

Hugin’s entrance into the race buoyed Republicans, who have been on a downswing in statewide politics since Democratic Gov. Phil Murphy won last year.

Hugin has loaned his campaign at least $7.5 million and has pledged to restore dignity to the state.

Republican U.S. Sen. Roger Wicker of Mississippi has won his party’s primary, months after being endorsed by President Donald Trump.

Mississippi is heavily Republican. It last had a Democrat in the Senate in 1989.

Wicker said in a recent fundraising appeal that he wants to help the president “enact his America-first policies.” In Tuesday’s primary, he defeated one opponent, Richard Boyanton. Boyanton ran a low-budget campaign.

Wicker served nearly 13 years in the U.S. House before he was appointed to the Senate when fellow Republican Trent Lott resigned in late 2007.

Six people were competing Tuesday in Mississippi’s Democratic primary for Senate. They include state lawmakers David Baria and Omeria Scott and venture capitalist Howard Sherman, who is married to TV and movie actress Sela Ward.

Polls have begun closing in the eastern half of the United States as eight states hold primaries ahead of the November midterm elections.

Races were called at closing time Tuesday for candidates running unopposed in New Jersey, Alabama and Mississippi, and they advanced to the general election.

With primary elections across California and seven other states on Tuesday, the political battlefield will soon be set for the first midterm elections of Donald Trump’s presidency.

With the possibility of a Democratic wave on the horizon, the elections will test voter enthusiasm, candidate quality and Trump’s influence as each party picks its nominees to face off in November.

President Donald Trump is urging Californians to vote Republican in the state’s gubernatorial and congressional primaries.

Trump tweeted Tuesday: “In High Tax, High Crime California, be sure to get out and vote for Republican John Cox for Governor. He will make a BIG difference!”

Trump tweeted: “Keep our country out of the hands of High Tax, High Crime Nancy Pelosi.”

Pelosi, the House Democratic leader, hopes to reclaim the speaker’s gavel if her party regains control of the chamber in November.

Trump also encouraged voters in Mississippi to “get out and vote” for Sen. Roger Wicker. In a tweet, Trump said Wicker “has done everything necessary to Make America Great Again!”

For years sidelined on the national political fringe, California has lurched to the center of the fight for control of Congress.

No state will be more consequential to the success or failure of a prospective blue wave this fall. Before then, Democrats must avoid self-inflicted wounds in Tuesday’s so-called jungle primaries that feature a swarm of candidates who could cannibalize their own party’s chances. Republicans face the embarrassing prospect of failing to nominate any candidates in Senate and gubernatorial races.

With the possibility of a Democratic wave on the horizon, the elections from Montana to Alabama to New Jersey will test voter enthusiasm, candidate quality and President Donald Trump’s influence as the 2018 political battlefield begins to settle.