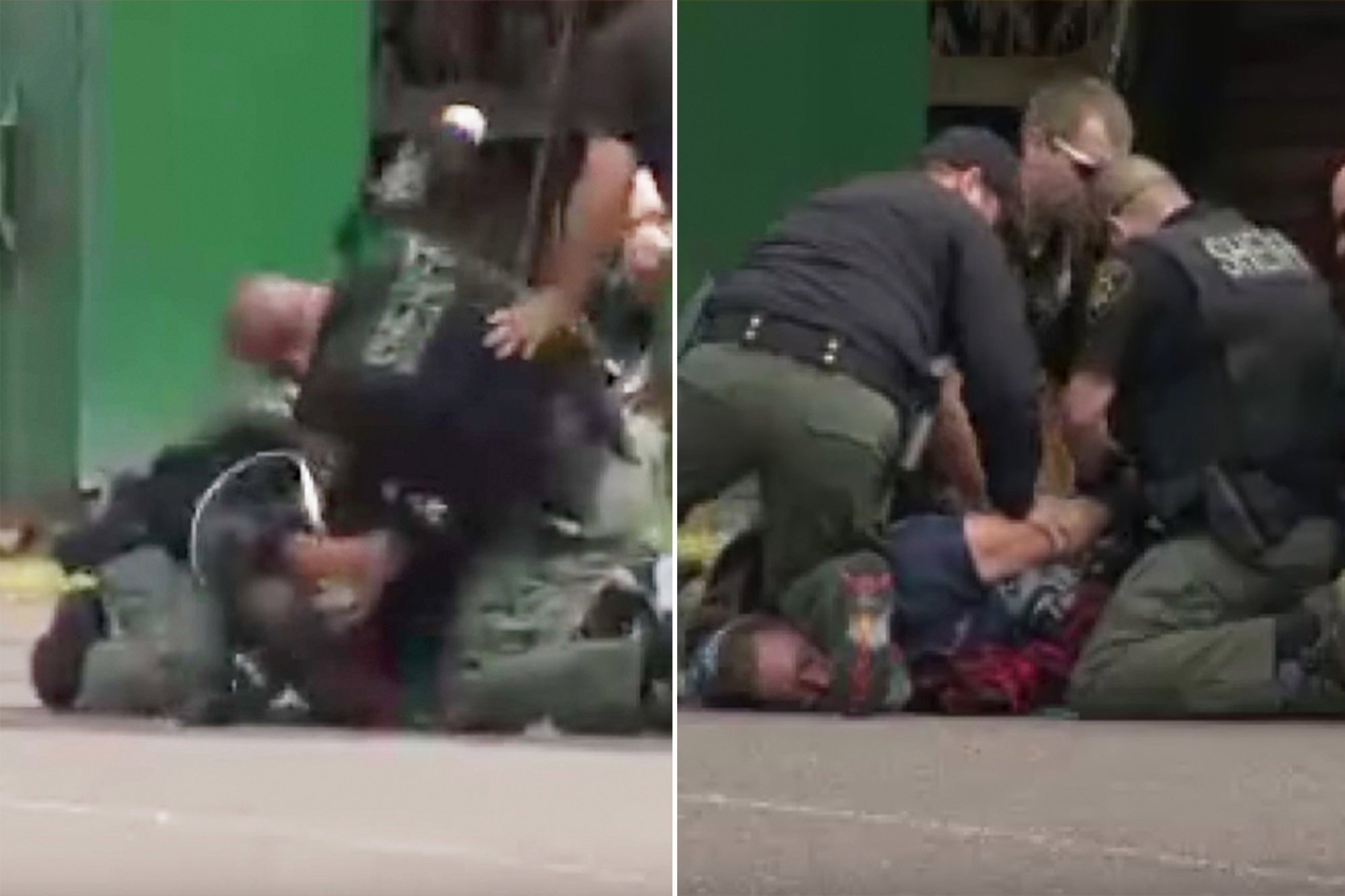 SALEM, Ore. — Civil rights groups in Oregon are calling for an investigation after a video showed police punching a prone man in the head at least 16 times.

The video shows four officers converging on a man standing on a street, then pulling him to the ground, with three officers holding his limbs and one straddling his back. As one officer appears to struggle to force one of the man’s arms behind his back, another begins punching him in the head.

Through the punches, the man, identified as 28-year-old Kevin Straw, repeatedly shouts “I am not resisting.” The video was shot by Portland, Oregon, TV station KGW.

The American Civil Liberties Union and the state chapter of the Council on American-Islamic Relations both called for investigations.

The Marion County Sheriff’s Office said the arrest happened Monday after Straw repeatedly shouted at officers involved in the search for two missing fishermen in the Detroit, Oregon, area. The sheriff’s office said it’s reviewing the officers’ use of force, and that an outside agency would perform an additional review.

The release also said Straw had been contacted earlier by crisis intervention specialists after reports he had been yelling at passers-by in the area.

In the video, an officer forces Straw’s right arm behind his back, and another grabs his left arm. But as the officers together lower the man’s face down toward the ground, Straw extends his left arm in front of himself. As Straw is punched, an officer can be heard saying, “get your hand behind your back.”

After the punches are delivered, a fifth officer jogs to the scene and puts his knee on Straw’s head.

Aside from extending his arm, Straw does not appear to struggle in the video, and is eventually handcuffed.

David Rogers, head of the American Civil Liberties Union in Oregon, said it wasn’t clear why the police used force on the prone man.

“It looked like they were in pretty complete control, and yet a deputy proceeded to punch this man in the face 14 or 15 times,” Rogers said. “It was incredibly disturbing.”

Amy Queen, a spokeswoman for the Marion County district attorney said the office is consulting with the sheriff’s department, but is not independently investigating the incident.