House GOP in eleventh-hour attempt for immigration accord 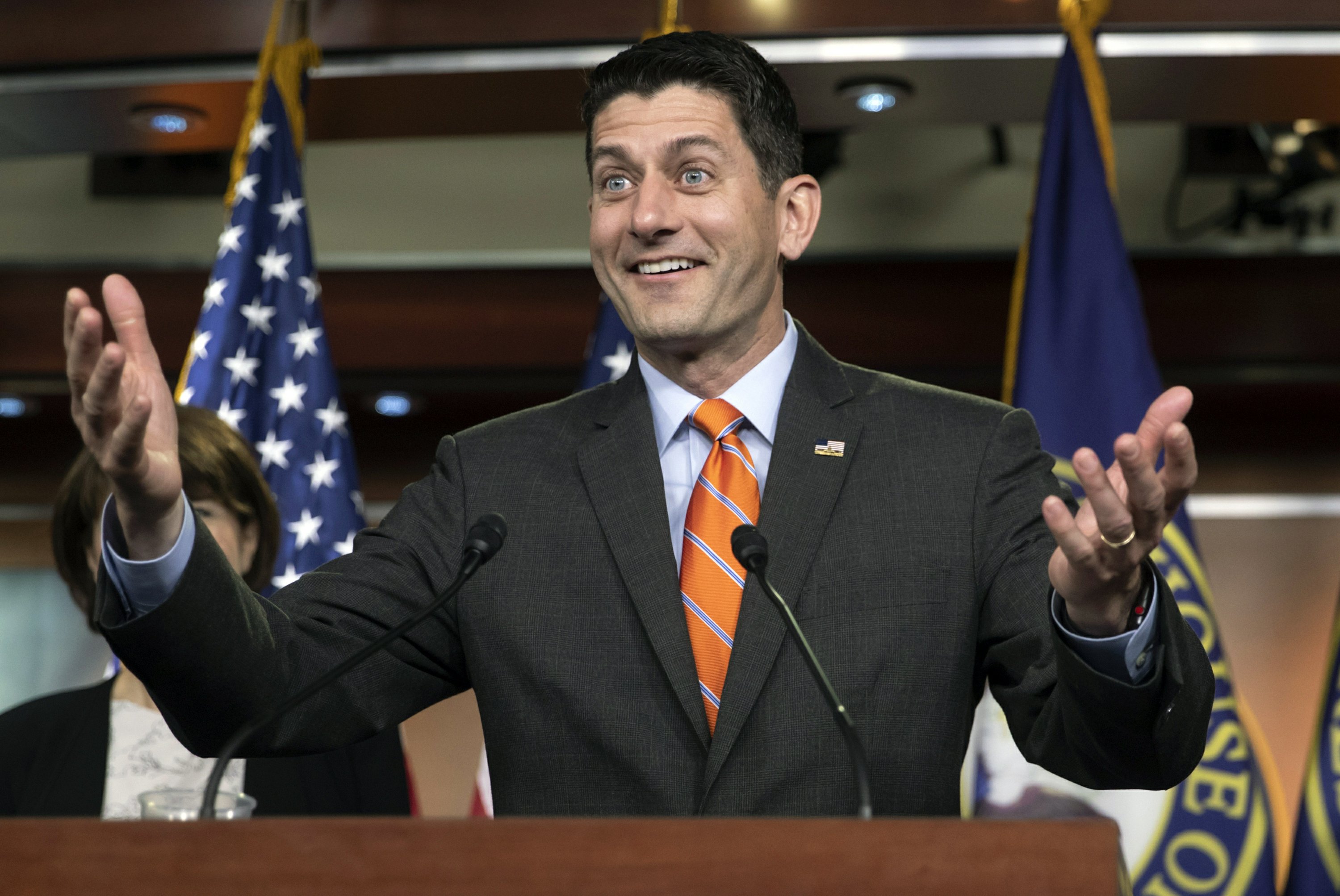 WASHINGTON — House leaders want to push fractured Republicans toward consensus on immigration, racing the clock as they seek to defuse a GOP civil war threatening to wound their hopes for keeping control of the chamber in November’s elections.

Republicans planned a closed-door meeting on the topic for Thursday morning. But there were no indications that a deal ending the party’s internal struggle over immigration was at hand and no definitive detail of where middle ground might be. If leaders fail to find a solution, that would give momentum to moderates seeking to stage election-year votes in just three weeks on the issue, a showdown that leaders want to head off.

GOP lawmakers emerged from the office of Speaker Paul Ryan, R-Wis., on Wednesday saying he would present the rank and file with broad ideas for resolving a dispute that has split Republicans for years, damaging the party with Hispanic and moderate voters.

“There’s some loose consensus right now,” said Rep. Carlos Curbelo, R-Fla., a leader of centrists threatening to force votes if they can’t strike a deal with conservatives. He said leaders would unveil “an outline of a potential bill,” while conservative leader Rep. Mark Meadows, R-N.C., said Ryan would present “concepts.”

Curbelo, Rep. Jeff Denham, R-Calif., and other moderates need just two more GOP signatures on a petition to require immigration votes, assuming all Democrats sign on. If Thursday’s meeting doesn’t produce an accord, the moderates could reach that threshold quickly.

The major hang-up in GOP talks has been how, as the moderates have demanded, to offer citizenship to young “Dreamer” immigrants brought to the U.S. illegally as children. Conservatives have opposed creating a special pathway for them to become citizens, calling it amnesty.

“We’ve got the rule of law in this country, and nobody gets special consideration,” said Rep. Scott Perry, R-Pa., a member of the conservative House Freedom Caucus.

Rep. Mark Walker, R-N.C., said a large group of conservatives he leads has discussed providing a pathway to citizenship to Dreamers in exchange for giving President Donald Trump nearly all the $25 billion he wants to build his proposed wall with Mexico. In addition, the conservatives want to end a lottery that grants visas to countries with few immigrants to the U.S. and curb the relatives who can be brought over by immigrants, Walker said.

Democrats and at least some moderates would likely oppose such measures, giving it little chance of surviving in the more centrist Senate.

Walker said the more Dreamers who’d be given an opportunity for citizenship, the tighter curbs on family-based migration would be. Roughly 700,000 people are protected under the Deferred Action for Childhood Arrivals program, or DACA, an Obama-era policy that Trump has halted. But by some estimates, 1 million or more other people qualify for that program but haven’t applied.

GOP leaders and conservatives say the votes the moderates would force would probably produce legislation that is too liberal, with all Democrats joining a handful of Republicans to push it through the House.

Senate Republicans would block such a measure, and Trump would veto it if it went that far. But such an outcome could alienate conservative voters, damaging GOP chances for holding the House.

Because of those divisions, averting the issue completely unless an agreement is reached has been the GOP leadership’s preference all year, until their hand was forced by moderates wielding the rarely used petition process.