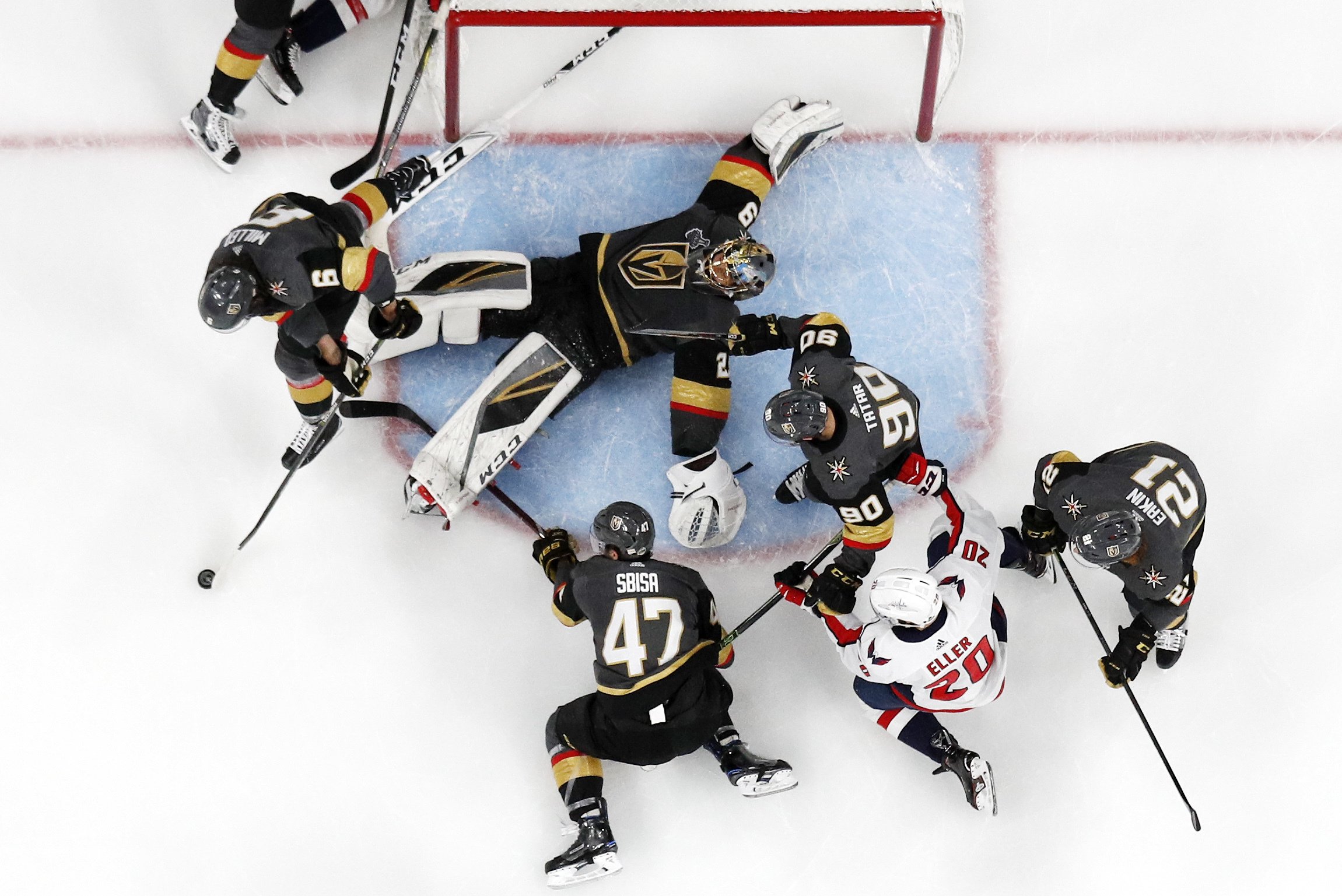 LAS VEGAS — After 43 seasons, the Washington Capitals are finally sitting on top of hockey.

Lars Eller broke a tie with 7:37 to play, and the Capitals raised the Stanley Cup for the first time in franchise history after a 4-3 victory over the Vegas Golden Knights in Game 5 on Thursday night.

Devante Smith-Pelly tied it with a full-stretch goal midway through the final period of the Capitals’ fourth consecutive victory over the Golden Knights, whose incredible expansion season finally ended in the desert.

So did the Capitals’ agonizing wait for their first championship since the franchise’s debut in 1974. After so many years of postseason flops and crushing disappointment, these Capitals won their fourth consecutive closeout game with a tenacious third-period comeback.

Captain Alex Ovechkin, who scored an early power-play goal and was the playoff MVP, and his teammates are Washington’s first championship hockey team — and the city’s first champion in a major pro sport since the Redskins won the Super Bowl in early 1992.

After Vegas won the opener, the Capitals capped their four-game surge by rallying from a third-period deficit in Game 5, banishing so many years of playoff failure with big goals and tenacious play across their lineup.

Ovechkin scored his franchise-record 15th goal of the postseason in a cathartic victory for the Capitals, who had never been this close to the NHL’s ultimate prize.

Braden Holtby made 28 saves in Game 5, outplaying three-time Stanley Cup champion Marc-Andre Fleury in the other net one final time.

The Caps couldn’t win a title without a little weirdness, however: The game clock stopped working on the T-Mobile Arena scoreboards during the final minutes, and the Capitals angrily protested while they played on. Vegas never got close to a tying goal.

Reilly Smith scored a go-ahead goal late in the second period for the Golden Knights, who won seven of their first eight home playoff games before dropping the last two.

Nate Schmidt and David Perron also scored in the second period, but Fleury’s 29 saves included a stopped puck that dropped underneath him where Eller swept it home for the Cup-winning goal.

Washington’s Cup-clinching win was its 10th on the road in this postseason, tying the NHL playoff record and illustrating the superior toughness of this team. While past editions of the Caps created their team’s reputation for postseason flops in part by losing five playoff series in which they had three of the first four games, Ovechkin’s latest group promptly closed out all four of its series this year on the very first try.

And the remarkable Golden Knights hadn’t lost four consecutive games in their entire inaugural season before the Caps rolled them.

The Capitals had thousands of red-clad fans in the Vegas crowd and a building full of supporters watching back home along with countless thousands outside in the crowded D.C. streets.