Guatemala town destroyed by volcano thought it was safe 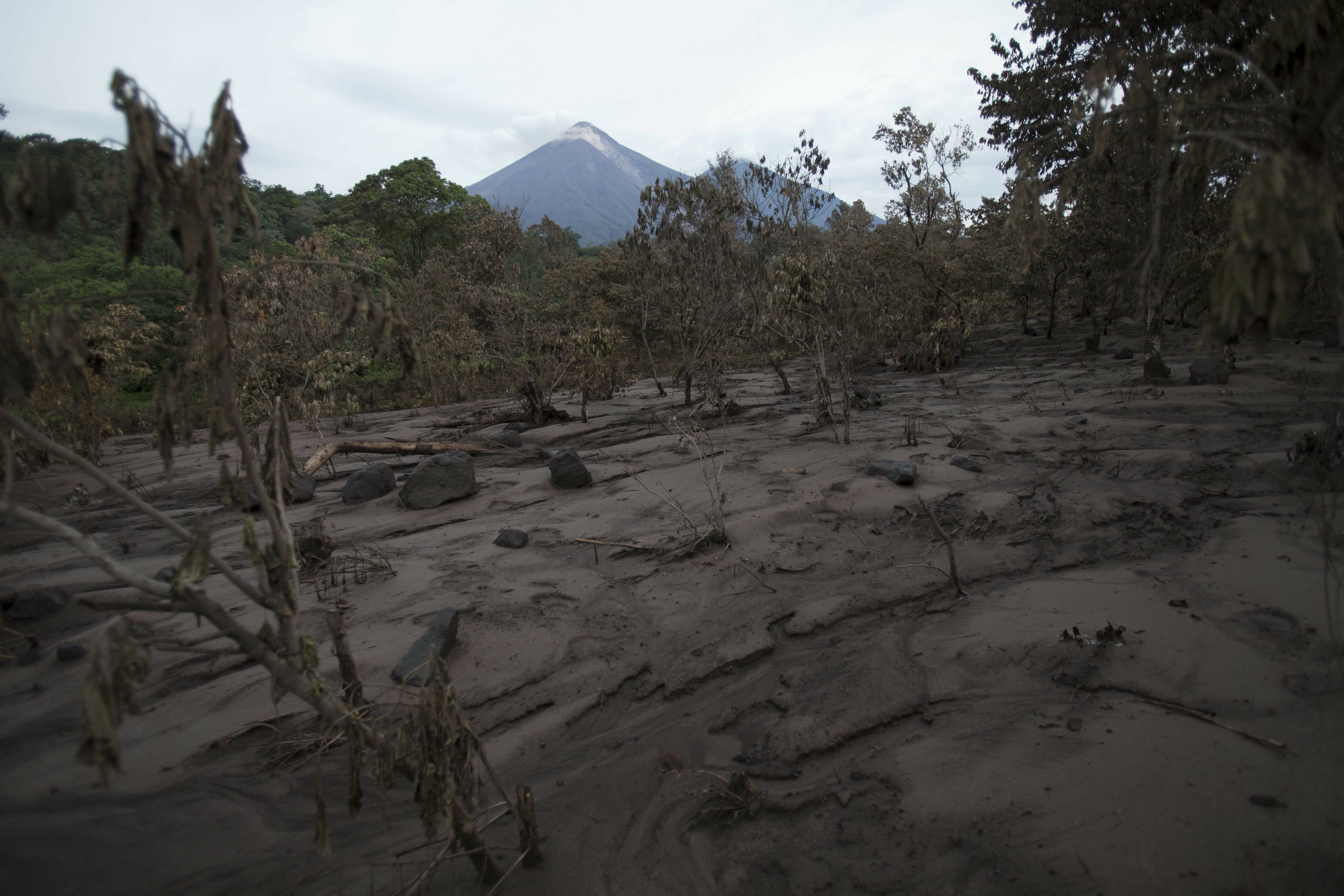 SAN MIGUEL LOS LOTES, Guatemala — Orlando Paez plans never to go back to his hamlet of San Miguel Los Lotes, where he narrowly escaped an onrushing river of superheated volcanic ash as his dying neighbors screamed for help.

“I don’t know what they are going to do with this land,” Paez said days after Guatemala’s Volcano of Fire violently erupted, “but please, nobody should ever be allowed to live there again.”

A good question is why authorities ever allowed it in the first place.

Nestled on the flanks of the extremely active volcano, the village was square in the path of a gulch that channeled the downhill flow of fast-moving hot rock, ash and debris when the mountain erupted Sunday, burying homes up to their rooftops.

At least 109 people were killed and nearly 200 remain missing, according to the most recent official toll.

While the volcano hadn’t produced a similar town-destroying outburst since 1974, it has been almost continuously active since 2002, and over the past year, it has repeatedly sent lava or superheated flows of ash and debris running down ravines on its flanks, sometimes for more than a mile (more than 2 kilometers).

Still, locals said that since the village was first settled in the 1950s as housing for coffee pickers who worked on local plantations, such rivers of ash and rock had never flowed through Los Lotes.

Residents thought they were safe.

“Not disaster officials, not anybody, nobody knew what was going to happen,” said Efrain Suarez, 59, a truck driver who lived in the neighboring village of El Rodeo and whose relatives lived in Los Lotes.

Locals said any ash flows normally would travel down a deeper gulch, called Las Lajas, just to the north.

But in the decades since the Volcano of Fire’s last major eruption, the government had built a bridge across the gully of Las Lajas.

Suarez believes that bridge — seen collapsing as the ash flow hit it in a video widely shared on social media — may have had fatal consequences.

The downward flow became blocked by the bridge and debris that piled up behind it, causing it to overflow into the narrow valley just to the south, where Los Lotes is located, he said.

“It changed course because the gully couldn’t hold the ash flow. It came too rapidly, and there was too much of it,” Suarez said.

Disaster preparedness officials did not respond to repeated requests for comment.

Enrique Godoy, the head of Propuesta Urbana, a nonprofit specializing in development issues, said Guatemala suffers from a triple problem: weak institutions; a huge amount of informal housing built by poor residents wherever they can; and a lack of land use and zoning regulations, which exist in only five of the country’s 340 townships.

The government technically has the power to declare an area high risk and order people to leave, he said, but “what do you do with the people living there? You can go and tell them to leave, but that becomes a very big social problem. Somebody has to relocate them, and who is going to pay for that?”

Paez was lucky. He lived in one of the homes on the far edge of Los Lotes, and he and his family were able to get out just in time. But all around them, he saw and heard people dying.

Paez’s family was typical of Los Lotes’ haphazard growth over the years, with five sons each building a dwelling on a plot their grandparents had settled.

The houses were at various stages of construction, some little more than tin-roof huts held up by poles, others of cinderblock or brick. The government built a brick school and a water cistern.

Now it all stands to be abandoned. Rainfall has turned the huge ash field into a hard, concrete-like terrain, and residents are increasingly convinced that those bodies still buried will never be recovered.

Another Los Lotes resident who survived the volcano, Alonso Castillo, estimated that more than 400 people lived in the town.

The government had also allowed a luxury golf course and housing development to be built near the volcano, and it too was ruined, though there were no reports of anyone killed there.

But 99 percent of natural disaster problems happen in poor, informally built communities, Godoy said, and one complicating factor for towns like Los Lotes is that they have existed for decades.

“Most of the people don’t want to relocate because, for example, there are people who have lived in Los Lotes for 50 or 60 years and they have never had a problem,” Godoy said. “If you come down as a public official and tell them there’s a potential risk, some guy who is 80 years old tells you, ‘I’ve lived here for 50 years and has nothing has happened.'”

Townships are responsible for issuing building permits, and ongoing prosecutions of local officials in Guatemala City for the 2015 Cambray mudslide — in which about 280 died on a hillside where housing should not have been built — could make authorities think twice.

“If the mayor is aware that he might be held criminally liable for authorizing the building of a house, he won’t authorize it,” Godoy said.