Scientists: No way to know when Hawaii eruption will end 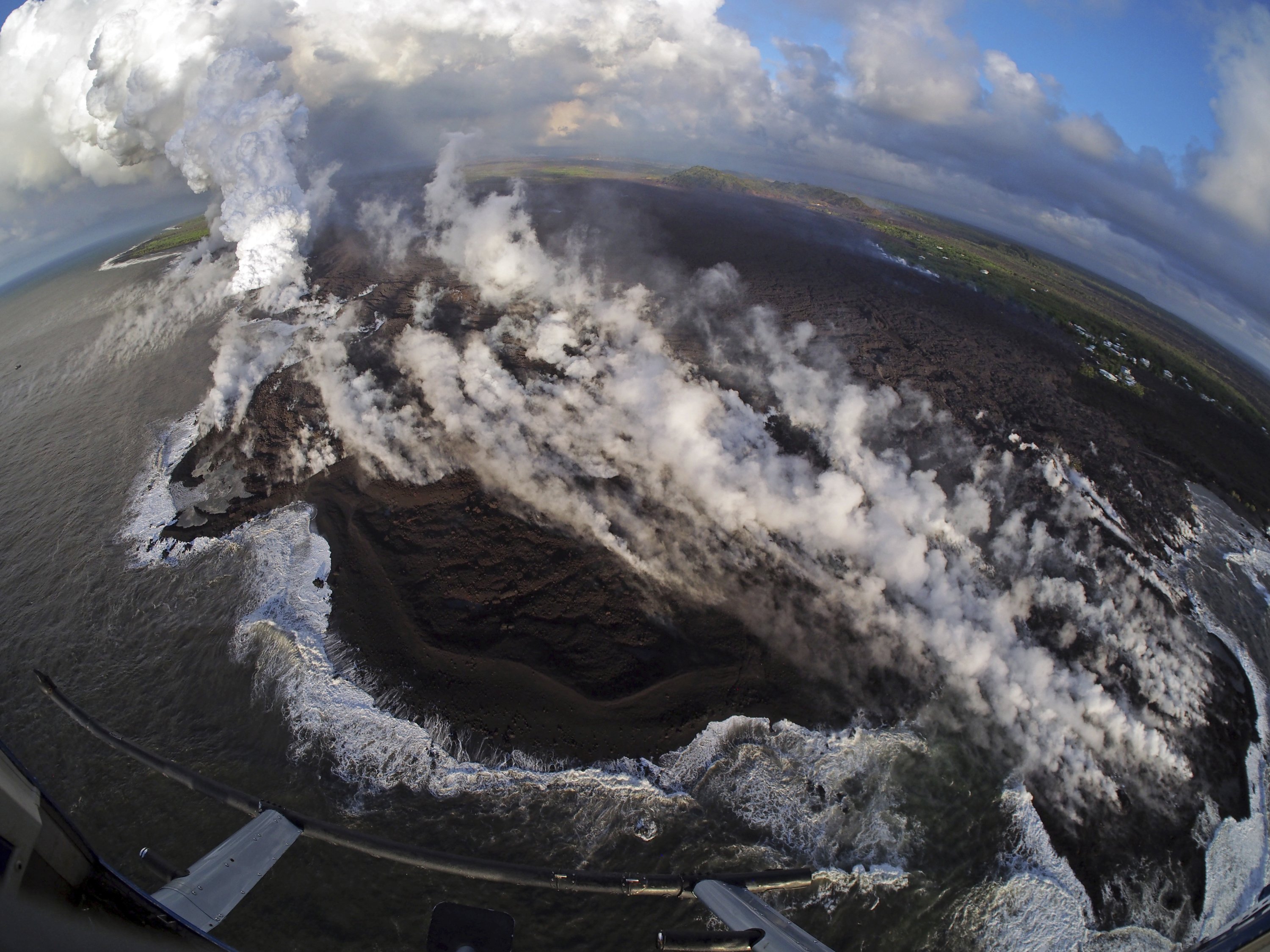 HONOLULU — Lava from the Kilauea volcano that flowed into Kapoho Bay has created nearly a mile of new land and officials with the U.S. Geological Survey said Thursday the flow is still very active and there’s no way to know when the eruption will end or if more lava-spewing vents will open.

The fast-moving lava poured into the low-laying coastal Hawaii neighborhoods in just two days this week, destroying hundreds of homes.

“Lava continues to enter the ocean along a broad front in Kapoho Bay and the Vacationland area and it continues to creep north of what remains of Kapoho Beach Lots,” said USGS geologist Janet Babb.

As the lava marched toward the bay, it vaporized Hawaii’s largest freshwater lake, which was hundreds of feet deep in some places. The new land in Kapoho Bay is now owned by the state, but the peninsula won’t look like the farmland that dominates that region of the Big Island anytime soon.

Depending on climate, rainfall and other variables, new vegetation could start growing soon, but it would take much longer for the fertile land and lush rainforests to build back up. 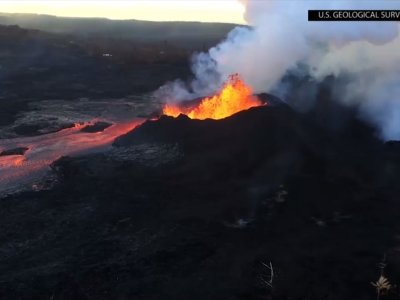 Hawaii’s Kilauea volcano may be disrupting life in paradise with its bursts of ash and bright-orange lava, but it also has scientists wide-eyed, eager to advance what’s known about volcanoes. (June 7)

“How soon vegetation comes back on a lava flow really depends on the type of lava it is, and how much rainfall there is in the area,” said Babb. “There are flows on the Kona side of the island that are much older than some flows on east Hawaii, they are much older but they have far less vegetation and that’s just a reflection of the difference in rainfall.”

A small ohia tree was observed by a National Park Service employee during of a tour of a two-year-old inactive flow in Kalapana last week.

“Rainfall really makes a difference,” said Hawaii Volcanoes National Park spokeswoman Jessica Ferracane. “A lot of ferns will pop up first. So, it’s usually ohia and ferns that are the first pioneers of those new lava flows.”

But the land is still highly unpredictable, and once the lava cools and hardens it will leave behind a jagged, scorched landscape with razor-sharp shards of volcanic rock.

Any new land masses that are formed by lava within the national park become federal land and any ocean entries outside the park becomes state land.

“A lot of the ocean entries are extraordinarily unstable,” Ferracane said. “The bench that was formed during 2016 and 2017 61G flow has already collapsed and fallen into the ocean, so nobody really owns that any longer.”

The lava, which has covered more than 5,000 acres (2023.47 hectares) in this latest eruption is not only expansive, but very thick. Scientists said that while the height of the lava is variable depending on the source and local topography, much of the area is covered in 10 to 20 feet (3 to 6 meters) of lava.

People that have private property in the affected areas will still own their land, though it will need to be reassessed once the lava stops flowing.

There are homes still standing in several subdivisions that have been inundated by lava, but many homeowners are unable to get back to those properties because the lava has already cut them off.

There are no homes left in the Vacationland subdivision and neighboring Kapoho has only a few homes left standing. They too are cut off and inaccessible.