A look at what to expect from the Kim-Trump summit 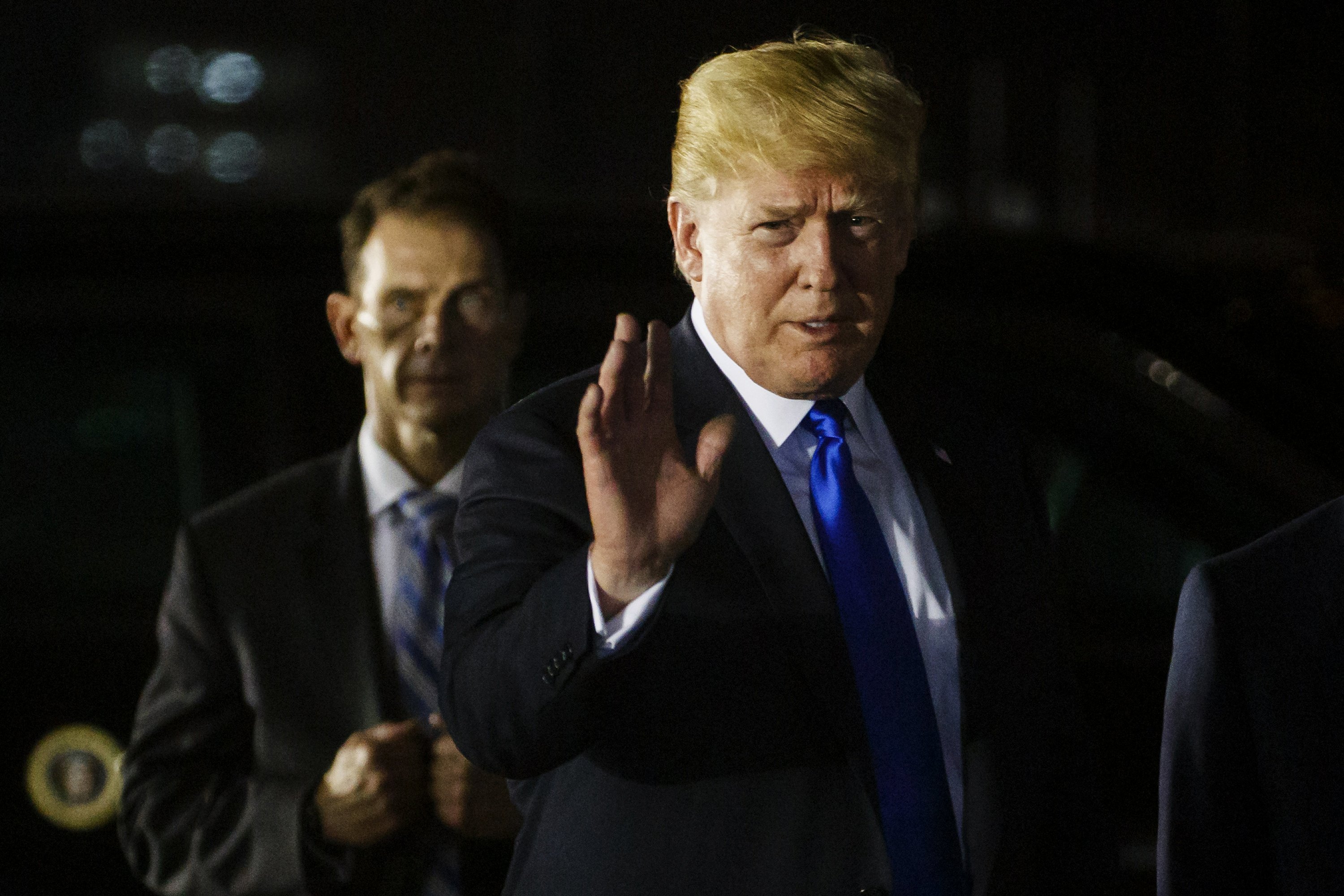 SINGAPORE — After a sudden and welcome turn to diplomacy following last year’s threats, insults and fears of war — remember “fire and fury” and “dotard”? — Donald Trump and Kim Jong Un are ready to shake hands, sit down face-to-face and … do what exactly?

Some observers insist that it’s the beginning of the complete denuclearization of North Korea. No, no, say others, you need to manage your expectations. This is just an elaborate get-to-know-you session, albeit between the two most famous leaders in the world, and nuclear armed at that.

Actually, says another group, there will indeed be disarmament, a peace treaty ending the Korean War and North Korea’s emergence as a contributing member of the international community — but just not right now.

Whatever the results, it will be one of the more unusual summits in recent history as a flamboyant, often erratic U.S. president gets a close-up look at a hereditary socialist despot who sits on a nuclear weapons program.

Here’s a look at how Tuesday’s first-ever meeting between the leaders of North Korea and the United States might turn out:

Success in Singapore would see Kim making a bold decision to exchange his nukes for economic support and security assurances, according to Ryan Haas, an Asia expert at the John L. Thornton China Center. Both leaders would offer “clear, specific, unequivocal statements” outlining a dismantlement of North Korean weapons, an inventory and removal of all nuclear fuel and an opening up to U.N. nuclear inspectors.

Trump has faced intense pressure to win something similar to this.

A group of opposition Democratic lawmakers in the United States said in a statement that if Trump, a Republican, wants approval for a deal that allows an easing of sanctions on North Korea, he needs to get the permanent dismantlement and removal of “every single one of North Korea’s nuclear, chemical and biological weapons,” end all military nuclear fuel production and missile and nuclear tests, and persuade Pyongyang to “commit to robust compliance inspections including a verification regime for North Korea’s nuclear and ballistic missile programs.”

This is a very high bar, and probably unrealistic after one meeting. Laboriously negotiated past nuclear deals, considered breakthroughs at the time, broke down on North Korea’s extreme sensitivity to allowing in outsiders to look at whether they’re dismantling their nuclear facilities, many of which are thought to be hidden.

“While a summit between Trump and Kim would be historic, it is unlikely to be decisive. This is not the fault of either Trump or Kim, but rather a reflection that intractable, decades-long strategic challenges rarely-if ever-get resolved in single encounters,” Haas writes.

SHOULD WE LOWER OUR EXPECTATIONS?

Probably. In fact, Trump has been doing quite a bit of this lately.

What was initially portrayed by the White House as a summit meant to completely rid the North of its nuclear weapons is now being cast as a chance to “start a dialogue” and for Trump the dealmaker to look into the eyes and take the measure of his nuclear-armed antagonist.

Ferial Saeed, a former State Department official, writes that the summit will be a “getting to know you meeting, ‘plus.’ That means, lower your expectations, and that the president is likely to lean toward keeping his own counsel and eschew a script. The ‘plus’ refers to discussions on ending the Korean War.”

China, both Koreas and the United States would have to sign off on any legally binding treaty, so it’s unlikely Kim and Trump will do more than express an intention to end the war.

Trump, after meeting recently with a North Korean envoy at the White House, said the summit will likely be part of “a process.”

“I told them today, take your time. We can go fast, we can go slowly,” Trump said.

“That is an extraordinary offer of flexibility, considering (North Korea) poses a direct security threat to the United States,” according to Saeed.

In part, these lowered expectations are a reflection of the extreme skepticism among many that the North can be persuaded to give up a nuclear program it has stubbornly built over the decades, often in secrecy and despite intense sanctions, international condemnation and widespread suffering among its people.

“There is no chance to make North Korean leaders … surrender their nuclear weapons,” Andrei Lankov, a Korea expert at Seoul’s Kookmin University, wrote recently on a Washington-based Asia newsletter. “They see denuclearization as a collective suicide (and they are probably right). However, now there are good chances to push North Korean nuclear/missile program back, for many years perhaps, and keep it that way for some time.”

WHAT IF THE SUMMIT FAILS?

If things fall apart, it could be because “Trump presents Kim with a hard-and-fast binary choice: relinquish nuclear weapons and live in peace and prosperity, or cling to them and risk the impoverishment of your people and the safety of your regime,” Haas said.

But a failure Tuesday doesn’t necessarily mean a return to the animosity of 2017.

That’s in part because of South Korea’s diplomatic outreach to the North, which was highlighted by two summits this spring between the rivals’ leaders.

If Trump and Kim fail in Singapore, “the result may be to enhance North Korean dependency on Seoul and Beijing as safety valves against the prospect of renewal of U.S.-(North Korea) confrontation,” according to Scott Snyder, a Korea expert at the Council on Foreign Relations. “This circumstance in and of itself provides a new buffer against the prospect of military escalation in Korea that was not present at the end of 2017.”