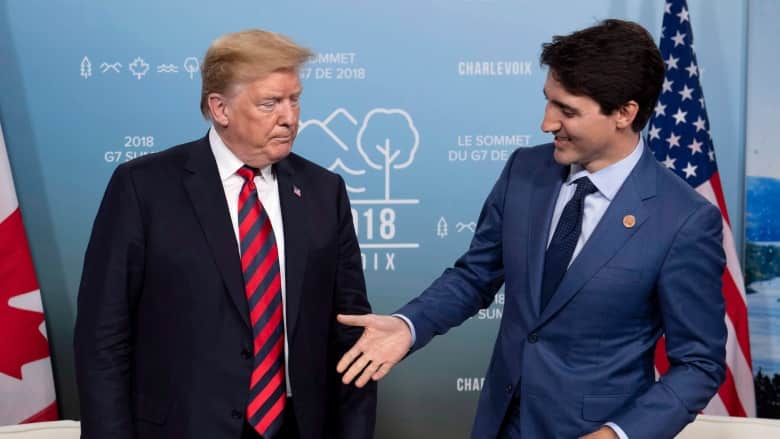 The G7 Summit ended this weekend in quite a fashion. Much of the mainstream media referred to the summit as the G6 +1 summit due to the hostility displayed toward the United States in retaliation to President Donald Trump’s recent implementation of tariffs on steel and aluminum on Canada, Mexico and the European Union.

But the hostility is unjustified. The United States has had the bad end of the bargain for too long.

President Trump finally decided that we will no longer continue to be conned and duped trade-wise. All he did was recognize reality.

While everyone thought the summit would be full of disaster because of the tariff implementations, it was not the case. In fact, all countries in attendance agreed on and signed a joint goal sheet, which Canadian Prime Minister Justin Trudeau announced on Saturday.

Everything looked good… until Trump left aboard Air Force One.

Once the summit was over, Trudeau said that Canada will “move forward with retaliatory measures” on July 1 in response to the Trump administration’s tariff decisions. “I have made it very clear to the President that it is not something we relish doing, but it something that we absolutely will do,” Trudeau said. “Canadians, we’re polite, we’re reasonable, but we also will not be pushed around.”

Obviously the United States does not want to start a trade war with its allies, but Trump’s reason for implementing the tariffs have merit. He is the first president to question the disproportional amount of aid the United States gives to its allies for nothing in return, and sent out a scathing tweet on Sunday evening:

Fair Trade is now to be called Fool Trade if it is not Reciprocal. According to a Canada release, they make almost 100 Billion Dollars in Trade with U.S. (guess they were bragging and got caught!). Minimum is 17B. Tax Dairy from us at 270%. Then Justin acts hurt when called out!

He added in further tweets: “Why should I, as President of the United States, allow countries to continue to make Massive Trade Surpluses, as they have for decades, while our Farmers, Workers & Taxpayers have such a big and unfair price to pay? Not fair to the PEOPLE of America! $800 Billion Trade Deficit… And add to that the fact that the U.S. pays close to the entire cost of NATO — protecting many of these same countries that rip us off on Trade (they pay only a fraction of the cost — and laugh!). The European Union had a $151 Billion Surplus — should pay much more for Military!”

Finally, Trump mentioned Angela Merkel’s Germany: “Germany pays 1% (slowly) of GDP towards NATO, while we pay 4% of a MUCH larger GDP. Does anybody believe that makes sense? We protect Europe (which is good) at great financial loss, and then get unfairly clobbered on Trade. Change is coming!”

It’s hard to argue that Trump is wrong in these tweets.

Trump’s presidential campaign was based on getting the best deals for Americans and fixing all the unfair trade deals that put the United States in a deficit. This is exactly what he is doing.

The allies who have long benefited from the United States’ deficits are just upset that Americans finally caught on.