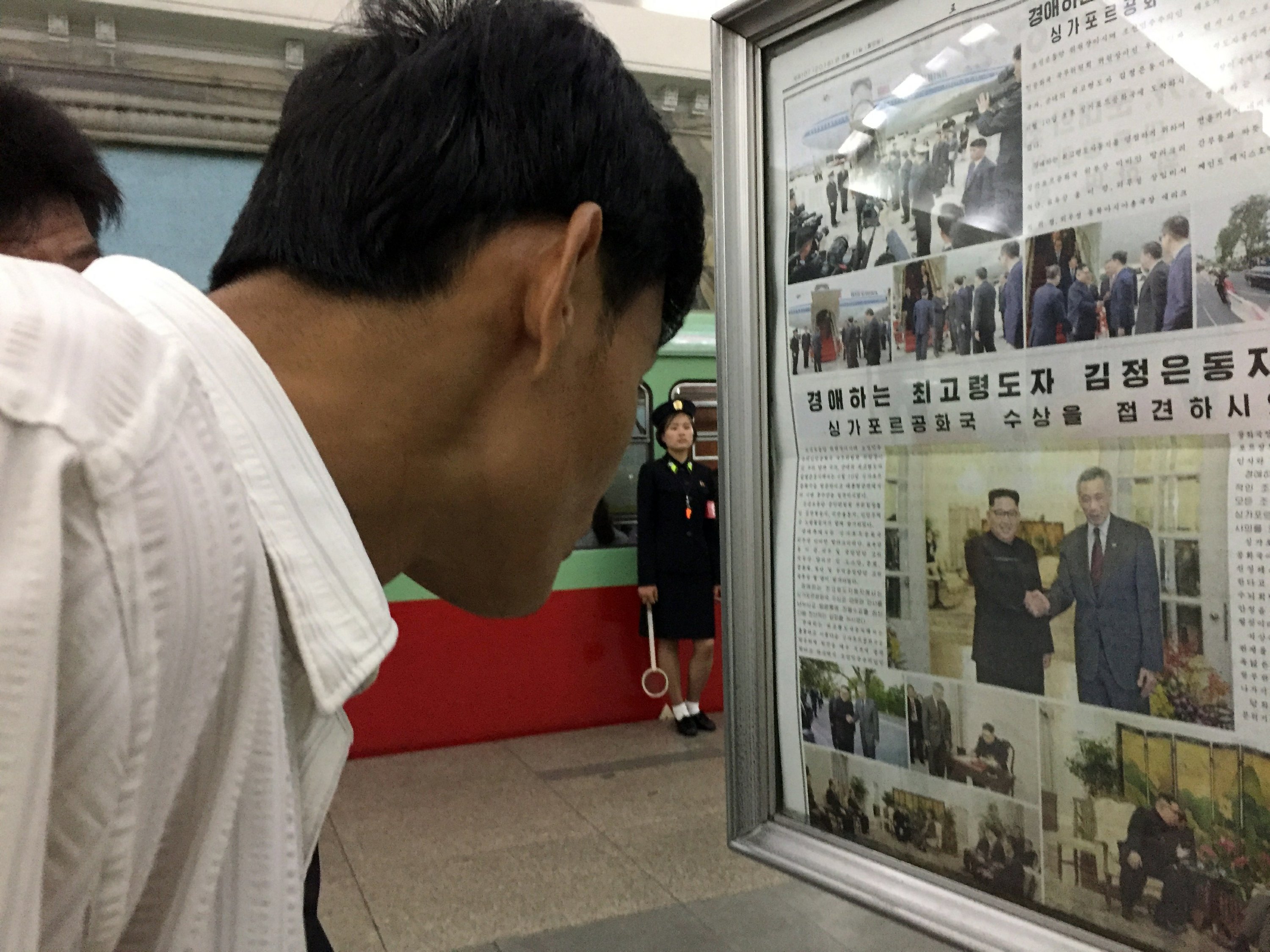 PYONGYANG, North Korea — North Koreans got their first big dose of news Monday that their leader Kim Jong Un had arrived in Singapore for what even the state-run media was calling a historic meeting with U.S. President Donald Trump.

The news covered the front page of the ruling party’s newspaper and was the top — and only — item on the first news broadcast of the day on Korean Central Television, which for many North Koreans is the only channel available.

People crowded around poster stands at subway stations around the capital to read the news and gathered at noon in front of the city’s main train station to watch a big screen display of images of Kim getting off the special Air China flight that took him to Singapore. 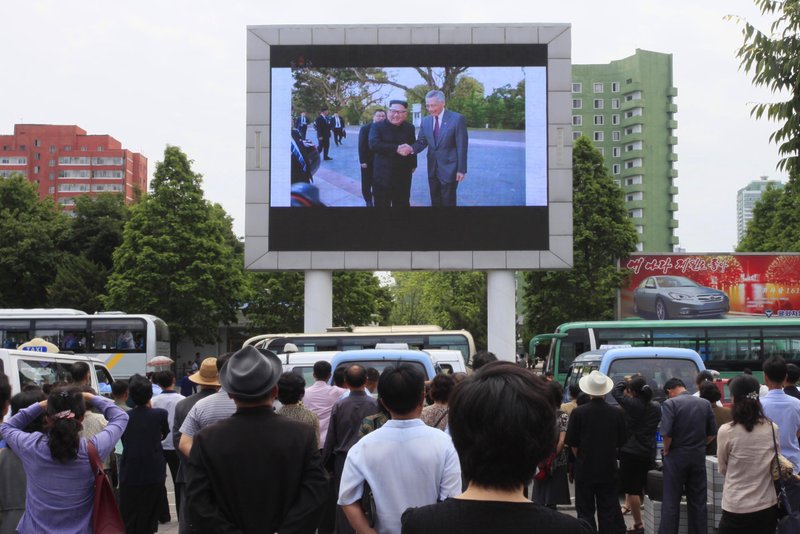 A report by the Korea Central News Agency said the summit would have “wide-ranging and profound talks” and noted that it is being held “under the great attention and expectation of the whole world.”

The relative speed with which the state media got the news of Kim’s arrival in Singapore out to the North Korean public suggests a certain level of confidence that the meeting will go well — or at least well enough. For the North, Kim Jong Un has already won a huge propaganda bonus by merely having the summit and sitting down as an equal with the U.S. president, an accomplishment his father and grandfather sought but could never realize.

By prominently showing the Air China jet that flew Kim to Singapore, the reports also made no secret of China’s important role behind the scenes. That might not bode so well for Trump, who has expressed some concern about China’s influence. 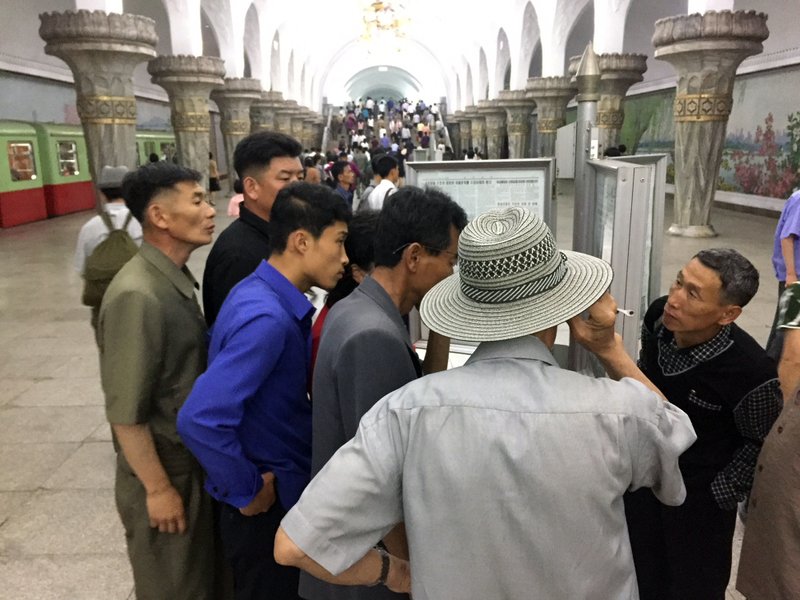 Even so, the summit continues to be a highly sensitive topic in North Korea and it is difficult — even more so than usual — to get people to express their opinions about it. The media reports Monday follow months of only the scantest of coverage of the plans for Kim to meet Trump, though his summits with South Korea’s President Moon Jae-in and China’s President Xi Jinping received major coverage soon after they had ended.

“When I woke up this morning I saw the news in the newspaper that our respected Marshal went to Singapore for the North Korea-U.S. summit,” said Han Il Gwang, a Pyongyang resident, displaying typical discretion when speaking to an Associated Press Television crew. “I know that Singapore is a very hot country so I wish that our respected Marshal stays healthy and comes back in good health.”

Such characteristic caution when speaking in public notwithstanding, there is no doubt the prospect of the summit is generating a good deal of interest, and probably astonishment, among average North Koreans.

North Korea has so far presented Kim’s sudden diplomatic overtures to his neighbors and to the United States as a logical next step following what Kim has claimed is the completion of his plan to develop a credible nuclear deterrent to what Pyongyang has long claimed is a policy of hostility and “nuclear blackmail” by Washington.

Those points were echoed in Monday’s media coverage, which stressed that the talks with Trump would be focused on forging a relationship that is more in tune with what it called changing times — most likely meaning the North’s new status as a nuclear weapons state — its desire for a mechanism to ensure a lasting a durable peace on the Korean Peninsula and, finally, denuclearization.

What exactly it has in mind for any of those broad topics remains to be seen.