The Latest: Trump thanks Singapore PM for hosting summit 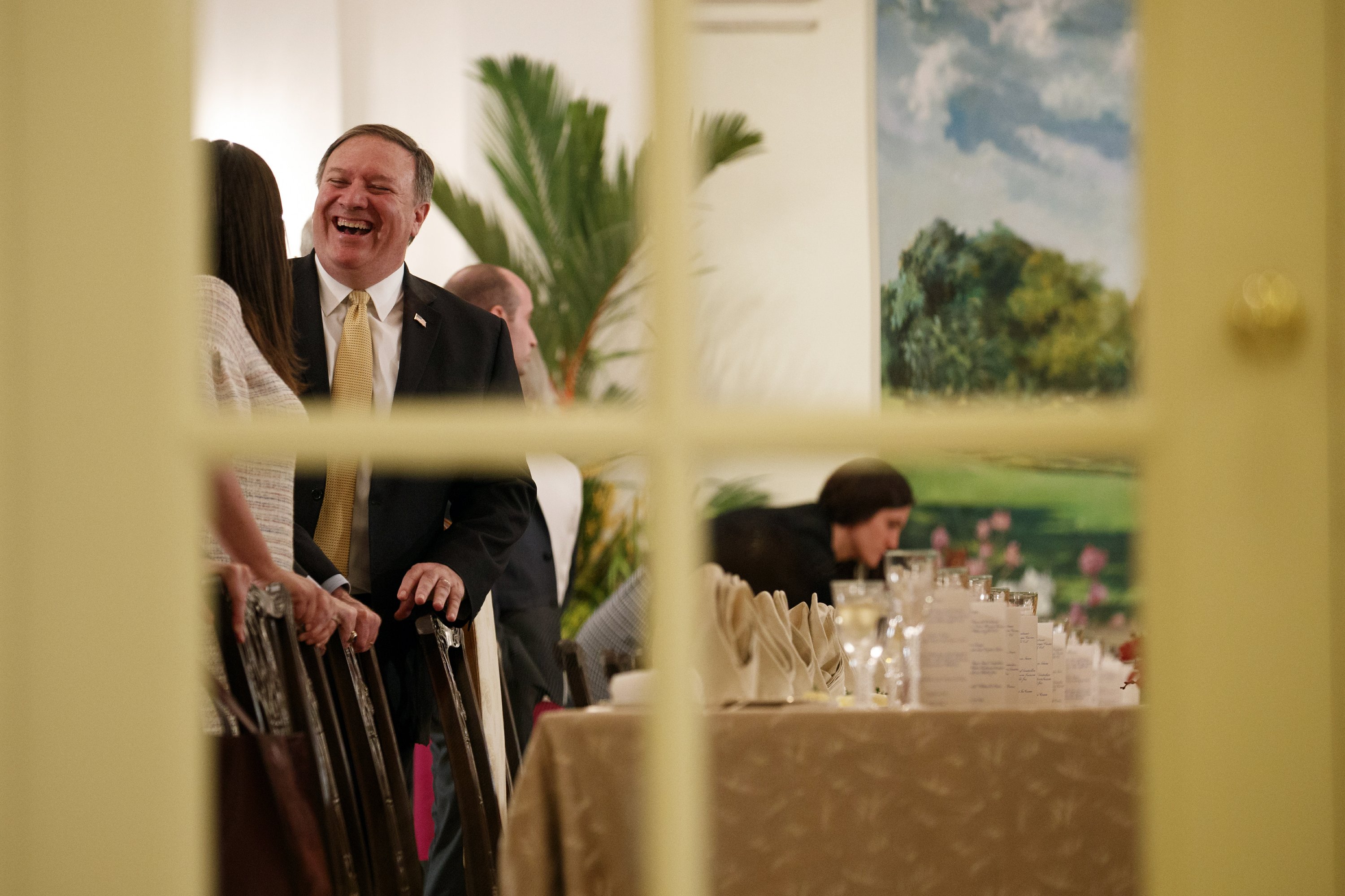 SINGAPORE — The Latest on a summit between North Korean leader Kim Jong Un and President Donald Trump in Singapore (all times local):

President Donald Trump says he thinks “things can work out very nicely” with North Korea on the eve of his historic summit with Kim Jong Un.

Trump says “we’ve got a very interesting meeting in particular tomorrow, and I think things can work out very nicely.” He also tells Lee the decision to hold the summit in the island city-state of Singapore was “made very consciously” and offers thanks.

Trump tells Lee that “we appreciate your hospitality and professionalism and your friendship.”

Trump told Prime Minister Lee Hsien Loong (lee haz-ee-en lahng) that it was a “real honor” to be with him. Trump commented as representatives from both countries took their seats for a working lunch at Singapore’s government house.

The discussions come on the eve of Trump’s historic meeting with Kim.

Trump and Lee shook hands for photographers after a one-on-one meeting and before they entered the room for lunch.

Among those representing the U.S. at lunch are Secretary of Secretary Mike Pompeo, White House Chief of Staff John Kelly and National Security Adviser John Bolton. 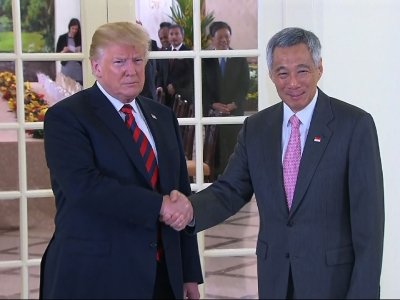 President Trump had lunch on Monday with Singapore’s Prime Minister Lee Hsien Loong. The President is in Singapore for his upcoming summit with North Korean leader Kim Jong Un. (June 11)

The U.S. ambassador to the Philippines, Sung Kim, plans another round of meetings Monday afternoon with North Korean officials as both sides continue to prepare for Tuesday’s summit in Singapore.

That according to a senior official in President Donald Trump’s administration. The official was not authorized to comment publicly about on internal deliberations and requested anonymity.

Trump is set to hold a historic summit Tuesday with North Korean leader Kim Jong Un on the island city-state.

Sung Kim has taken the lead on policy negotiations with North Korea. Sung Kim held an initial round of meetings with the North earlier Monday.

President Donald Trump and North Korea’s Kim Jong Un spent Monday huddling with advisers in luxury Singapore hotels less than half a mile apart, readying for a nuclear summit that could define the fate of millions, and their own political futures.

Both sides also worked to finalize preparations for the unprecedented summit.

The meeting was kicking off at 9 a.m. Tuesday with a handshake between Trump and Kim. A U.S. official says the leaders then plan to meet one on one, joined only by translators, for up to two hours before admitting their respective advisers.

The official was not authorized to speak publicly about internal deliberations and insisted on anonymity.

Tuesday’s summit will be the first between a North Korean leader and a sitting American president.