Trump takes more swipes at Canada after arrival in Singapore 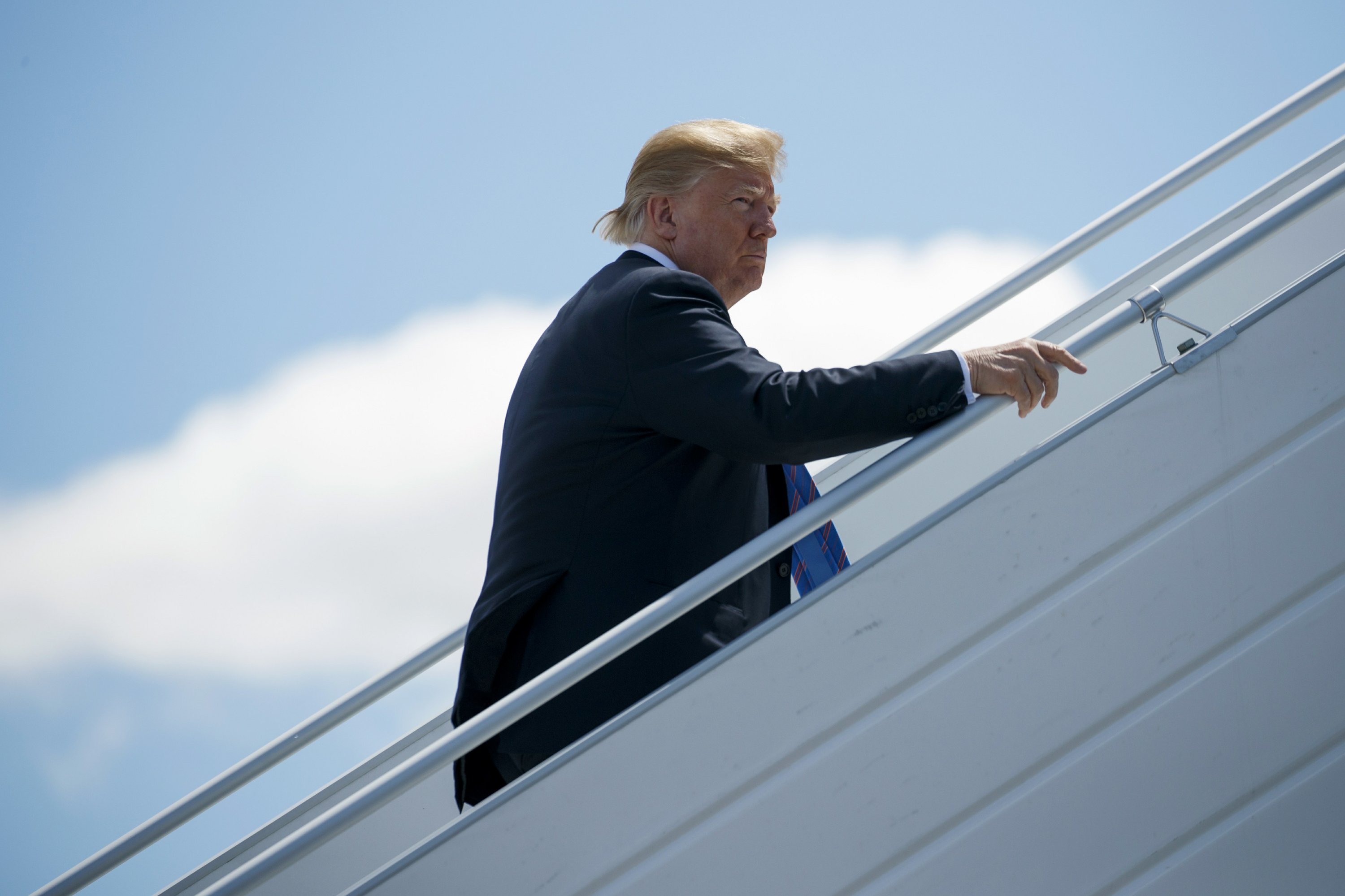 WASHINGTON — President Donald Trump took more swipes at Canada and its prime minister over trade issues as he settled in for a summit with North Korea in Singapore, contending that “Fair Trade is now to be called Fool Trade if it is not Reciprocal.”

Trump roiled the weekend Group of Seven meeting in Canada by agreeing to a group statement on trade only to withdraw from it while flying to Asia. He complained that he had been blindsided by Canadian Prime Minister Justin Trudeau’s criticism of his tariff threats at a summit-ending news conference. In tweets, Trump insulted Trudeau as “dishonest” and “weak.”

The attack on a longtime ally and its leader drew sharp criticism. German Chancellor Angela Merkel, who also attended the summit, told German public television that she found Trump’s tweet disavowing the G-7 statement “sobering” and “a little depressing.” She also said the European Union would “act” against the U.S. trade measures.

Unbowed, Trump tweeted anew Monday morning from Singapore, repeating his criticism of U.S. trade policies with Canada — he also took aim at Germany — in a multi-tweet rant that went beyond 200 words all told. At one point he wrote, “Justin acts hurt when called out!” 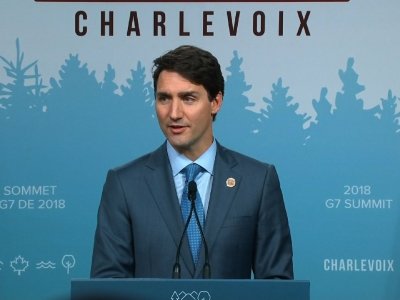 “Why should I, as President of the United States, allow countries to continue to make Massive Trade Surpluses, as they have for decades, while our Farmers, Workers & Taxpayers have such a big and unfair price to pay?” he tweeted.

Trump advisers had taken up the attack in appearances on Sunday’s news shows, leveling more withering and unprecedented criticism against Trudeau, branding him a back-stabber unworthy of Trump’s time.

“There’s a special place in hell for any foreign leader that engages in bad faith diplomacy with President Donald J. Trump and then tries to stab him in the back on the way out the door,” Trump trade adviser Peter Navarro said on “Fox News Sunday.”

Navarro said Trump “did the courtesy to Justin Trudeau to travel up to Quebec for that summit. He had other things, bigger things, on his plate in Singapore. … He did him a favor and he was even willing to sign that socialist communique. And what did Trudeau do as soon as the plane took off from Canadian airspace? Trudeau stuck our president in the back. That will not stand.”

Trump’s top economic adviser, Larry Kudlow, suggested Trump saw Trudeau as trying to weaken his hand before the summit with North Korea’s Kim Jong Un, saying the president won’t “let a Canadian prime minister push him around. … Kim must not see American weakness.” Trudeau pulled a “sophomoric political stunt for domestic consumption” that amounted to “a betrayal,” said Kudlow, who appeared on CNN’s “State of the Union” and CBS’ “Face the Nation.”

In response to the initial tweets critical of her country and prime minister, Canada’s foreign minister, Chrystia Freeland, said her nation “does not conduct its diplomacy through ad hominem attacks.”

Trudeau, who had said at the news conference that Canada would retaliate for new U.S. tariffs, didn’t respond to questions about Trump when the prime minister arrived at a Quebec City hotel Sunday for meetings with other world leaders. Freeland later told reporters that “we don’t think that’s a useful or productive way to do business.”

A Trudeau spokesman, Cameron Ahmad, said Saturday night that Trudeau “said nothing he hasn’t said before — both in public and in private conversations” with Trump.

And Roland Paris, a former foreign policy adviser to Trudeau, jabbed at Trump on Twitter: “Big tough guy once he’s back on his airplane. Can’t do it in person. … He’s a pathetic little man-child.”

Trudeau said he had reiterated to Trump, who left the G-7 meeting before it ended, that tariffs would harm industries and workers on both sides of the U.S.-Canada border. Trudeau told reporters that imposing retaliatory measures “is not something I relish doing” but that he wouldn’t hesitate to do so because “I will always protect Canadian workers and Canadian interests.”

The Americans’ criticism of Trudeau left a former Canadian prime minister, Stephen Harper, stumped. “I don’t understand the obsession with trade relations with Canada,” he said on Fox’s “Sunday Morning Futures,” given that Canada is the biggest single buyer of American goods and services in the world. From promoting democracy and to fighting terrorism, “we’re on the same page. We’re the closest partners in the world and you don’t want to see a dispute over one particular issue poison everything.”

Trudeau had said Canadians “are polite, we’re reasonable, but also we will not be pushed around.” He described all seven leaders coming together to sign the joint declaration despite having “some strong, firm conversations on trade, and specifically on American tariffs.”

In the air by then, Trump tweeted: “Based on Justin’s false statements at his news conference, and the fact that Canada is charging massive Tariffs to our U.S. farmers, workers and companies, I have instructed our U.S. Reps not to endorse the Communique as we look at Tariffs on automobiles flooding the U.S. Market!”

He followed up by tweeting: “PM Justin Trudeau of Canada acted so meek and mild during our @G7 meetings only to give a news conference after I left saying that, “US Tariffs were kind of insulting” and he “will not be pushed around.” Very dishonest & weak. Our Tariffs are in response to his of 270% on dairy!”

Lucey reported from Singapore and Gillies from Quebec City.