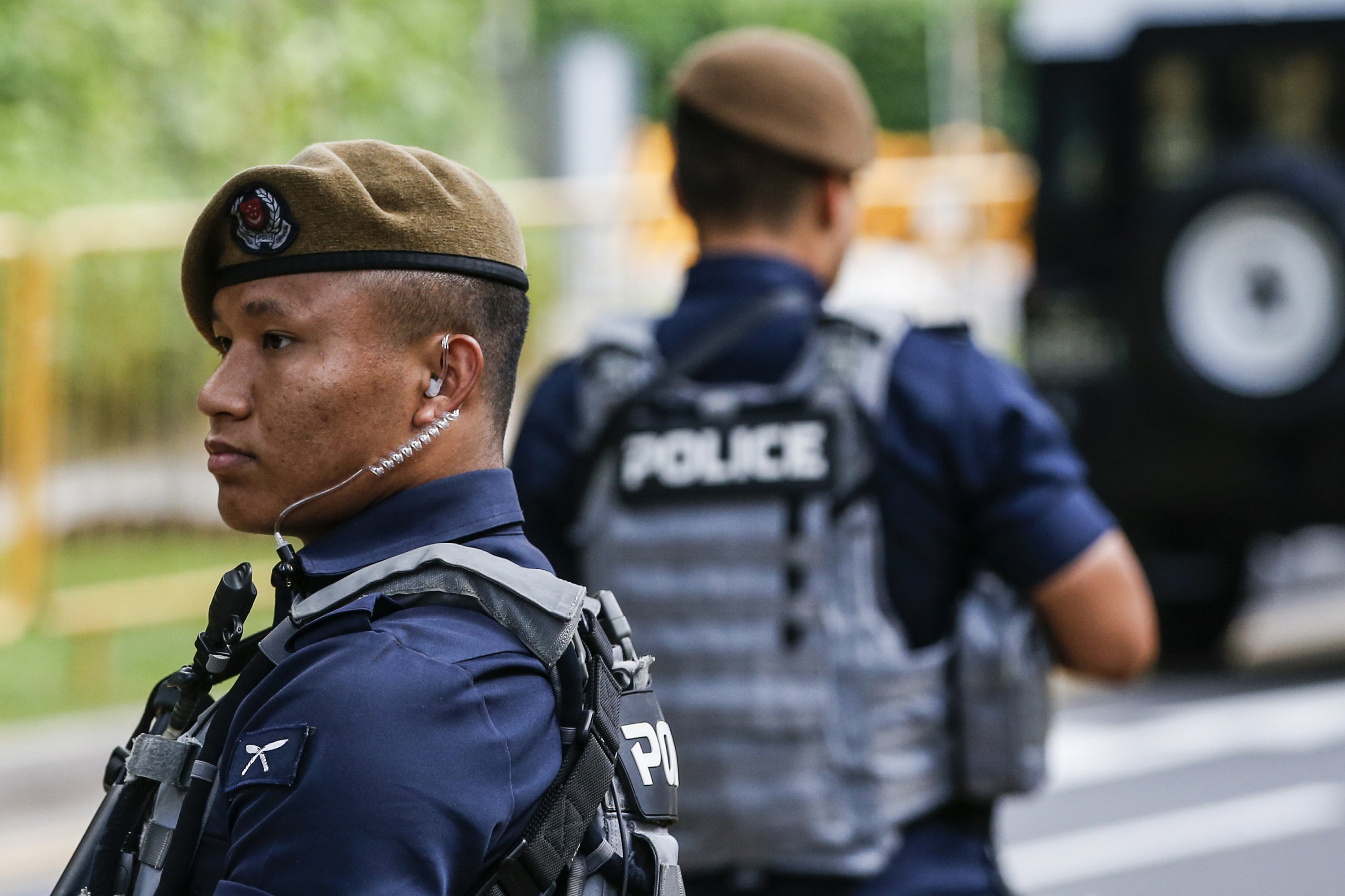 As President Trump and North Korean leader Kim Jong Un head into their historic meeting, Trump announced plans to leave early, raising questions about his aspirations for an ambitious outcome.

2. WHAT TO EXPECT FROM THE KIM-TRUMP SUMMIT

What the White House initially portrayed as a summit meant to completely rid North Korea of its nuclear weapons is now being cast as a chance to “start a dialogue.”

Word of the private tete-a-tete unleashes a torrent of criticism from national security veterans who say having aides present in high-stakes meetings provides protection and ensures no one can misrepresent what transpired.

4. WHO IS GUARDING TRUMP-KIM SUMMIT

Singapore has enlisted the help of renowned Nepalese Gurkha fighters whose large curved knives, according to custom, must “taste blood” whenever they’re drawn.

In a 5-4 vote, the Supreme Court rules that people who haven’t cast ballots in years can be removed from active voter lists.

The Garden state wagers that betting on pro football and other games will strengthen the state’s economy.

7. ‘THEY WANT TO INFLICT THEIR MORAL VALUES ON THE REST OF US’

Even as a Nevada brothel owner runs for state assembly, a coalition of religious groups and activists seek to ban legal prostitution in the state.

9. WE MAY DISTRUST TECH GIANTS, BUT STILL RELY ON THEM

Facebook, Google and Amazon have woven themselves into the fabric of our lives, making their services indispensable.

The Spanish language network and its leather-lunged broadcaster Andres Cantor hope to compete against Fox for soccer viewers.