A day of stunning images at US-North Korea summit 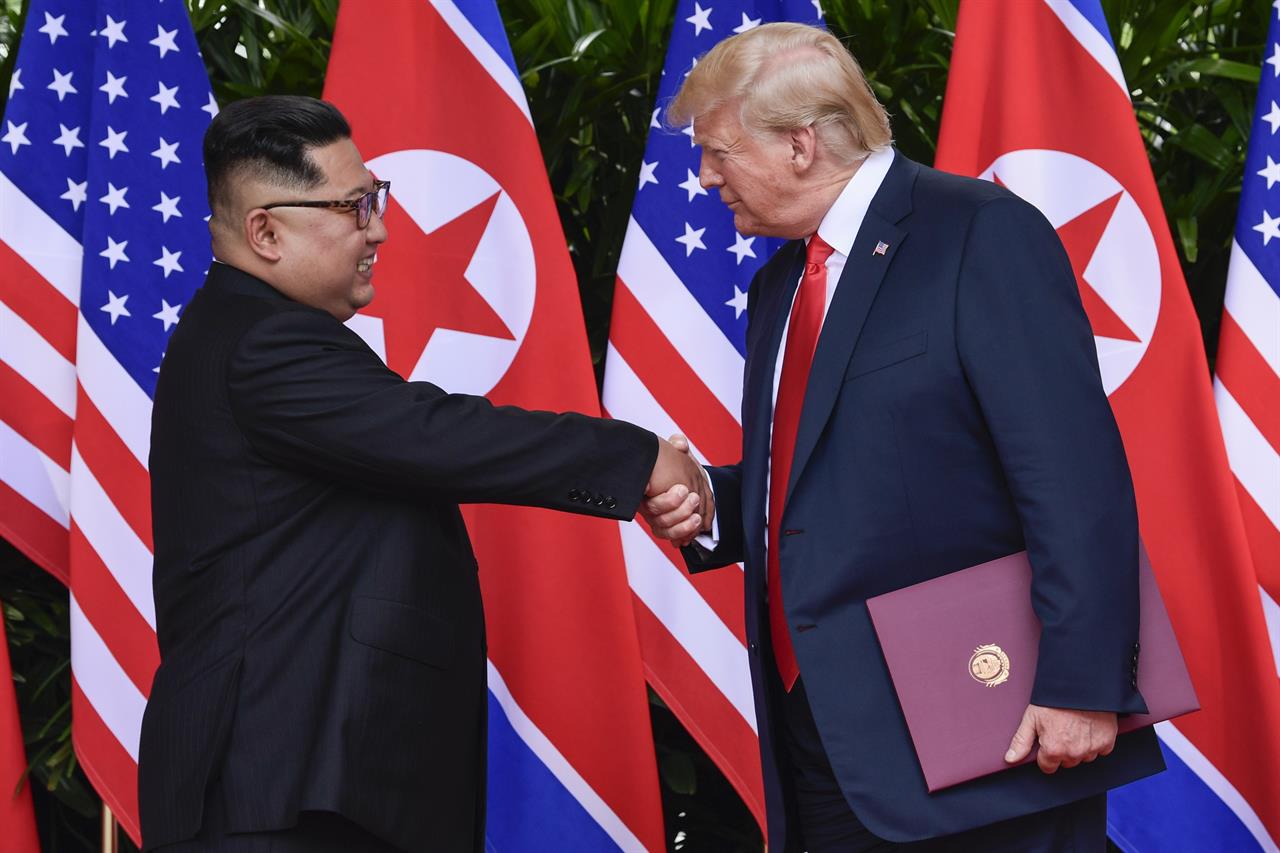 SINGAPORE — It was day of high symbolism: smiles, handshakes and side-by-side flags for the leaders of two countries that have remained at odds since the 1950-53 Korean War. For longtime watchers of the divided Korean Peninsula, the images of an American president and a North Korean leader standing, strolling and chatting together were stunning, even if expected. Whether President Donald Trump and North Korean leader Kim Jong Un can navigate their way to a peace treaty is a major unanswered question. For one day, though, they offered a glimmer of hope in a conflict-riven world.