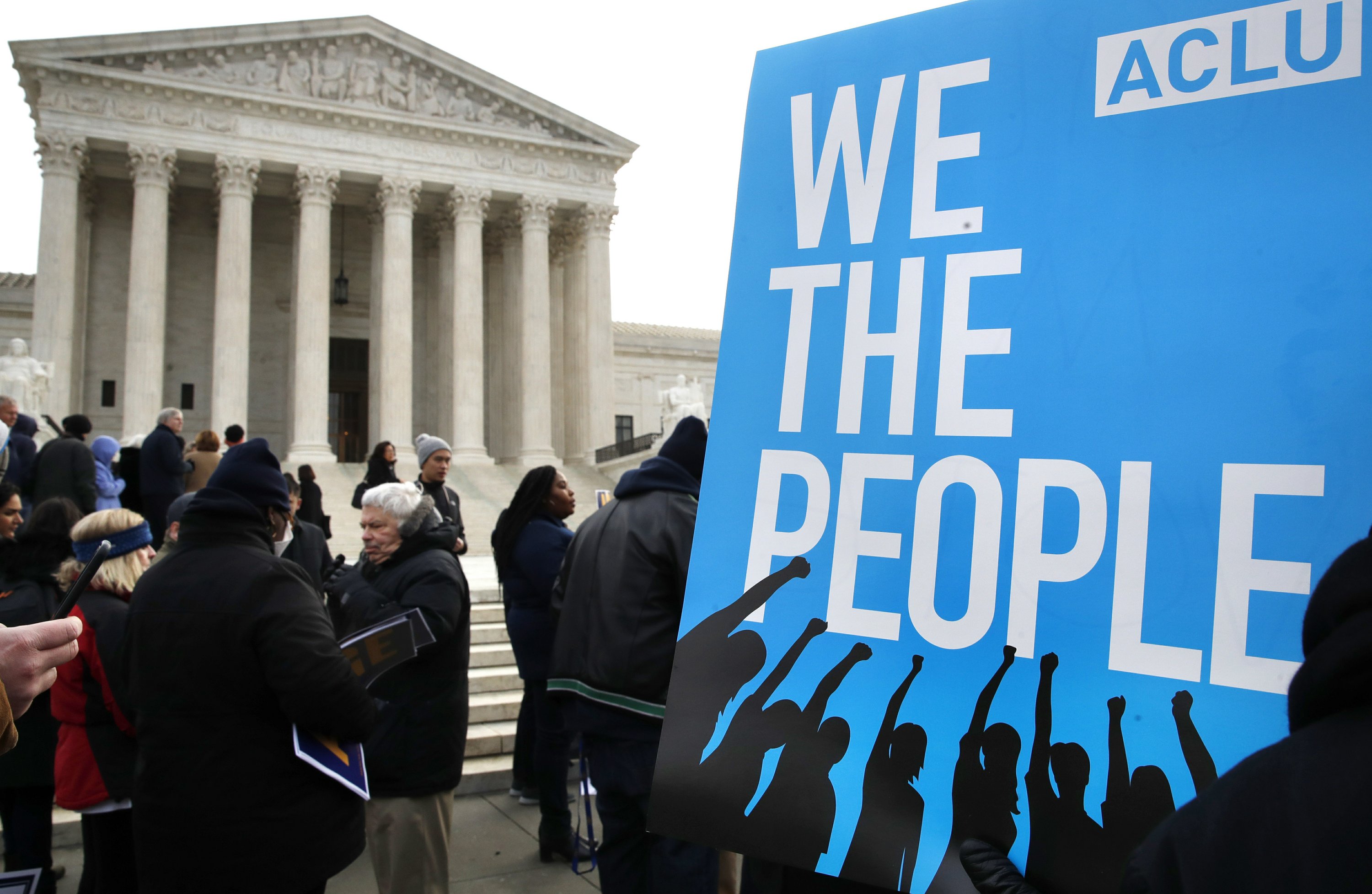 ATLANTA — A U.S. Supreme Court ruling has cleared the way for states to take a tougher approach to maintaining their voter rolls, but will they?

Ohio plans to resume its process for removing inactive voters after it was affirmed in Monday’s 5-4 ruling. It takes a particularly aggressive approach that appears to be an outlier among states.

“Our law has been on the books. It hasn’t changed, and it isn’t changing,” said Oklahoma Election Board spokesman Bryan Dean.

At issue is when a state begins the process to notify and ultimately remove people from the rolls after a period of non-voting. In most states with similar laws, that process begins after voters miss two or more federal elections.

In Ohio, under the current Republican secretary of state, it starts if voters sit out just one election. They are removed from the rolls if they miss three federal elections over six years and fail to return an address-confirmation card.

Oklahoma is among the states that send confirmation notices to voters who have failed to cast ballots in two elections. As in most other states, voters who fail to respond are made inactive or taken off the rolls altogether if they don’t cast a ballot in subsequent elections.

Opponents of the laws say their intent is to purge people from the rolls, particularly minorities and the poor who tend to vote Democratic. Supporters say voters are given plenty of chances to keep their active status and that the rules adhere to federal law requiring states to maintain accurate voter rolls.

Democrats and voting rights groups have expressed concern that other states will be emboldened by the ruling and adopt more aggressive tactics to kick voters off the rolls. In addition to Oklahoma, Georgia, Montana, Oregon, Pennsylvania and West Virginia have laws similar to Ohio’s.

But even Republican-led states where officials are concerned about voter fraud may be wary when it comes to following the Ohio model.

One hurdle is likely to come from local governments, where election administrators would have to deal with disgruntled voters and manage an increase in the number of people placed on inactive voter lists, said Myrna Perez, who has studied voter list practices in her role as deputy director of the Brennan Center’s Democracy Program.

“Using one election as an indicator is going to lead to a whole lot of false positives,” she said. “There are plenty of states that clean their voter rolls successfully without being as aggressive as Ohio.”

West Virginia is more lenient in targeting inactive voters than Ohio. Among other things, it requires counties in the year following a presidential election to mail an address confirmation to people who have not voted in any election during the previous four years.

Julie Archer of the watchdog West Virginia Citizen Action Group said the process appears to be working as it should.

“There is not a need to do something more aggressive,” she said.

The controversy over Ohio’s law arose from apparently conflicting mandates in the National Voter Registration Act, which became law in 1993. It requires states to maintain accurate voter registration lists but also says they should protect against inadvertently removing properly registered voters.

Ohio has used voters’ inactivity to trigger the removal process since 1994. Yet groups representing voters did not sue over the policy until 2016, after Republican Secretary of State Jon Husted tightened the approach of his predecessor, Democrat Jennifer Brunner.

Brunner’s policy was to wait for two missed federal elections — not just one — before sending the address notification to voters.

In Pennsylvania, the process isn’t triggered unless people have failed to vote for five years. The state has no plans to change that, Department of State spokeswoman Wanda Murren said.

The existing system hasn’t been drawing complaints, said Ray Murphy, a spokesman for Keystone Votes, a liberal coalition that advocates for changes to Pennsylvania election law. But he said the group will watch the Legislature closely for any signs that lawmakers will want to follow Ohio’s more stringent method.

Ballot access is a frequent battleground for Democrats and Republicans, but it’s not always a neatly partisan issue.

In Oregon, for example, Republican Secretary of State Dennis Richardson last year expanded the period for removing people from the rolls from five years of non-voting to 10 years.

“A registered voter should not lose their voting rights solely because they haven’t participated recently,” he said in a written statement following Monday’s Supreme Court ruling.