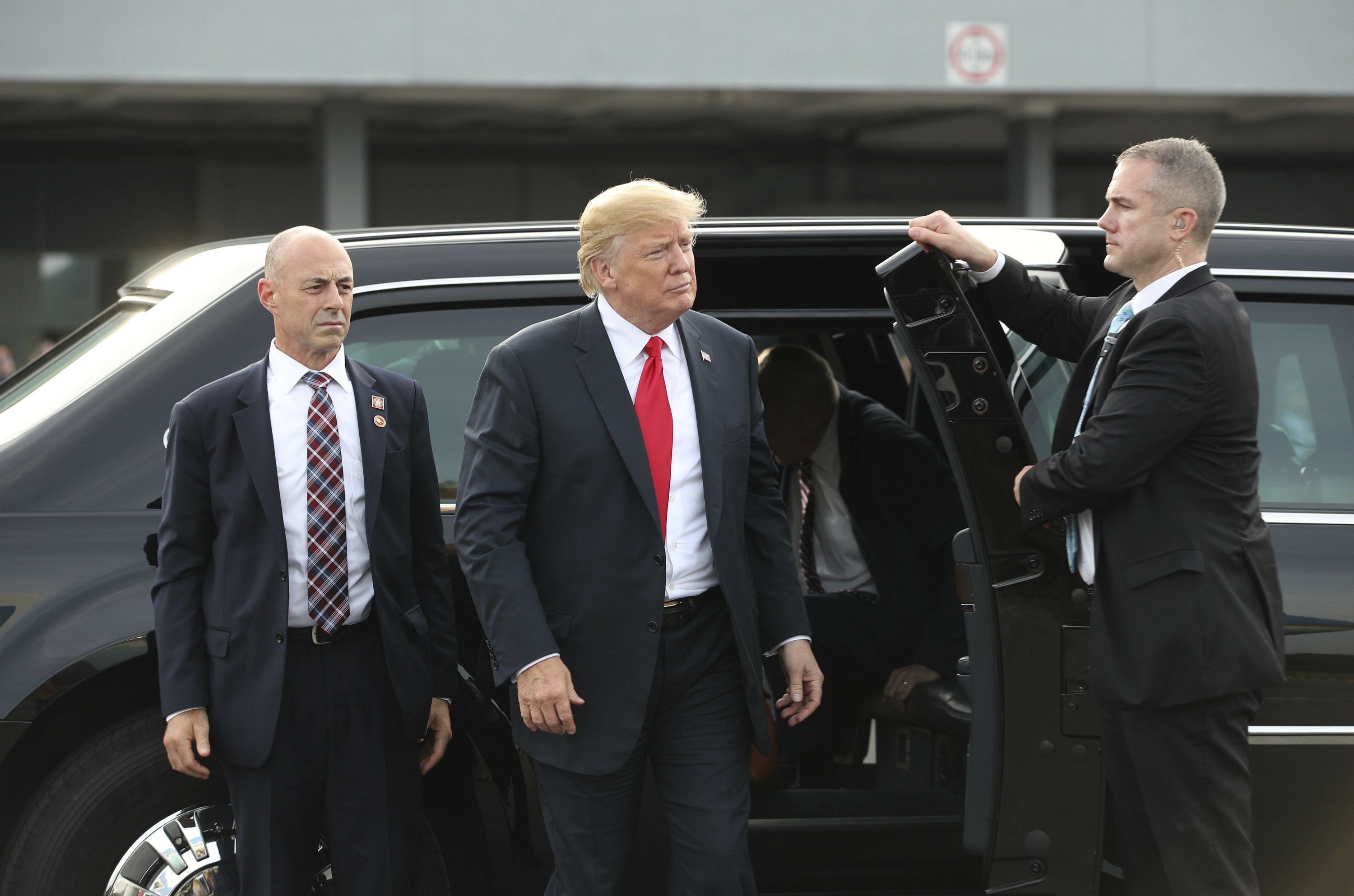 WASHINGTON — President Donald Trump’s triumphant assertions about the success of the unprecedented Singapore summit are being met with skepticism and outright derision from critics seizing on the contradiction between his withdrawal from the Iran nuclear deal and his willingness to accept vague pledges from North Korean leader Kim Jong Un.

White House officials have repeatedly stressed that this week’s meeting in Singapore is the beginning, not the end, of a process that Trump’s team argues could have only been jump-started with the face-to-face meeting. The Singapore summit set out broad goals to be met in the coming months while the Iran deal, signed by President Barack Obama in 2015 and approved by seven nations, was an imperfect end to 18 months of negotiations, they say. Criticism that Tuesday’s commitment does not include specifics on denuclearization and verification is too early, they argue.

“While I am glad the president and Kim Jong Un were able to meet, it is difficult to determine what of concrete nature has occurred,” said Sen. Bob Corker, R-Tenn., the chairman of the Senate Foreign Relations Committee. He said he wanted Secretary of State Mike Pompeo, who will lead the follow-on negotiations, to explain details of what the administration has in mind.

The top Democrat on that panel, Sen. Bob Menendez of New Jersey, who also opposed the Iran deal, took issue with Trump’s zeal as well as his announcement of the suspension of U.S.-South Korea military exercises.

“In exchange for selfies in Singapore, we have undermined our maximum pressure policy and sanctions,” Menendez said.

For Iran deal proponents, though, the Singapore summit was evidence of Trump’s lack of preparedness and poor negotiating skills. Iran deal opponents, meanwhile, seemed willing to wait and see.

Sen. Tom Cotton, R-Ark., a Trump advocate and fervent Iran deal foe, urged patience and sought to dispel suggestions that the president had unwisely plunged into a meeting with a dictator after having withdrawn from the accord with Tehran. He noted, as did other Trump allies, that North Korea already had nuclear weapons and the capability to deliver them whereas Iran did not.

“There is a school of thought that … the United States president should not sit down with two-bit dictators,” Cotton told conservative commentator Hugh Hewitt. “I think there’s some validity to that school of thought with the exception (of) once those dictators have nuclear weapons.”

“You know, countries like Iran and Cuba and other two-bit rogue regimes don’t have nuclear weapons, yet,” he said. “They can’t threaten the United States in that way. Once they have missiles that can deliver them to use, I would liken it to past presidents sitting down with Soviet dictators.”

Victor Cha, a Georgetown University professor and former National Security Council director for Asia in President George W. Bush’s administration, lamented that the summit results “left a lot to be desired.” But he also maintained that the Trump-Kim meeting had reduced the chance of conflict even if it was only a “modest start.”

“Despite its many flaws, the Singapore summit represents the start of a diplomatic process that takes us away from the brink of war,” Cha wrote in The New York Times in the immediate aftermath of the summit. “Mr. Trump’s unconventional approach leaves a lot to be desired in the foreign policy of the United States, but there was no other path to this less-than-satisfying but digestible outcome.”

“The vague language on denuclearization is not a breakthrough, it is a boilerplate reiteration of past statements,” she said, adding: “It is far too early in the process for Trump to declare success.”

In the case of the Iran deal, even the most generous assessors of the Singapore summit sought to remind the White House that intense diplomacy preceded the agreement with Tehran.

“Pompeo will now have to undertake the kind of arduous, multiyear negotiations with Pyongyang that former secretary of state John Kerry undertook with Tehran,” Cha and Koreas expert Sue Mi Terry said in a paper for the Center for Strategic and International Studies. “Trump has assailed Obama’s deal with Iran as the ‘worst ever,’ but he now faces substantial challenges to achieve as much as Obama did.”

Iran itself cautioned North Korea against taking Trump at his word.

“We are facing a man who revokes his signature while abroad,” the semi-official Fars news agency quoted government spokesman Mohammad Bagher Nobakht as saying on Tuesday.