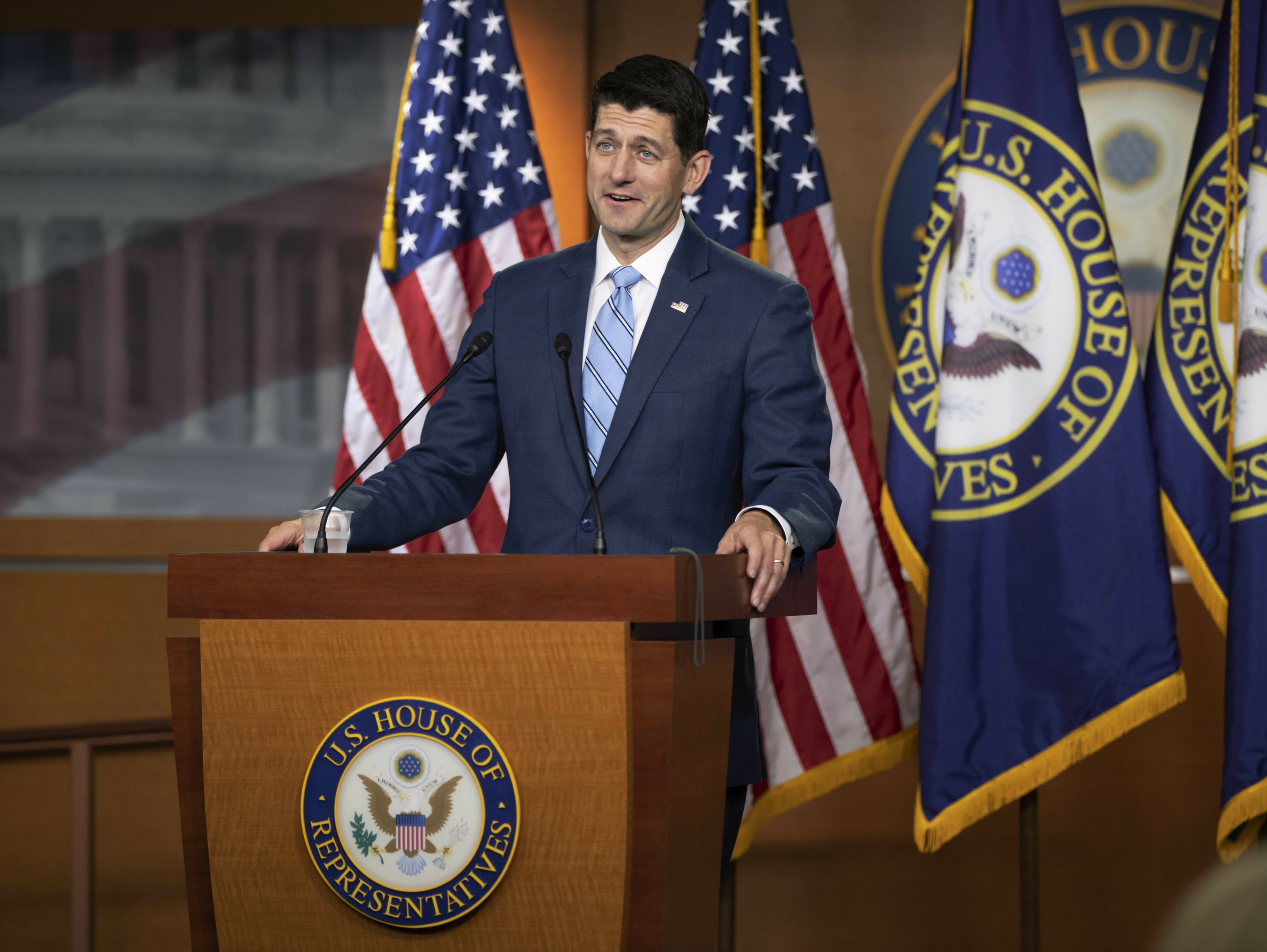 WASHINGTON — The House will vote next week on two Republican-written immigration bills, a top GOP aide said late Tuesday, as leaders sought to move past an election-year civil war they worry will wound the party’s prospects in November.

AshLee Strong, spokeswoman for Speaker Paul Ryan, R-Wis., announced the decision after a bargaining session among leaders and top conservative and moderate GOP lawmakers ended without agreement on a single package all sides could support. It was unclear whether either bill would clear the House, but both of the party’s factions would be able to show voters they backed legislation containing their priorities on the divisive issue.

For weeks, the party’s two wings have hunted ways to provide a route to citizenship for “Dreamer” immigrants brought illegally to the U.S. as children and also bolster border security. They have failed to find middle ground.

The House ended Tuesday’s session as moderates fell short of their stated goal of having 218 signatures — a majority of the chamber — on a petition that would force votes on other immigration bills that GOP leaders oppose. They had said they would do that by Tuesday, which would have triggered those votes later this month.

Instead, the centrists accumulated the names of all 193 Democrats but just 23 Republicans — two short of the number required — after party leaders’ efforts against them proved effective.

GOP leaders have strongly opposed the rarely used petition tactic, asserting those votes would probably produce a liberal-leaning bill backed by Democrats and just a smattering of Republicans. They’ve actively lobbied other moderates to not sign the petition, and in talks bargainers have sought legislation both sides could back or alternatively a way for each faction to get a vote on legislation they could support.

Strong said the decision to consider two bills will avert the petition “and resolve the border security and immigration issues.” She said GOP lawmakers would discuss the plan at a closed-door meeting Wednesday.

Rep. Carlos Curbelo, R-Fla., a leader of the moderates’ petition drive, gave his group credit for the planned House votes. GOP leaders had resisted holding those votes, wary of the GOP divisions they would highlight, until the petition neared the required signatures.

“Our goal has always been to force the House to debate and consider meaningful immigration reform, and today we’re one step closer,” Curbelo said.

Strong did not describe the two bills. But Rep. Mark Meadows, R-N.C., who leads the hard-right House Freedom Caucus, said one would be a strongly conservative measure that does not give the young immigrants a way to become citizens.

The alternative measure is still under discussion, Meadows said. But a Republican familiar with the discussions said it would likely be based on a proposal by moderates that would grant the Dreamers a chance for citizenship but also provide all $25 billion President Donald Trump wants for his wall and impose curbs on legal immigration that conservatives want. That Republican spoke on condition of anonymity to describe private talks.

The conservative measure seemed certain to be defeated in the GOP-run House. If the second bill resembles the moderates’ proposal, it too seems likely to lose from opposition by a combination of conservative Republicans and the chamber’s Democrats.

“If Republicans plan to use Dreamers as a way to advance @realDonaldTrump’s xenophobic, anti-immigrant agenda, they will get a fight from House Democrats,” House Minority Leader Nancy Pelosi, D-Calif., said in a tweet.

The moderates’ proposal would have accepted conservatives’ demands including limiting the relatives whom immigrants can bring to the U.S. and ending a lottery that provides visas to people from countries with low immigration rates, Republicans said.

Three Republican aides said that as part of their effort to derail the moderates’ petition, party leaders promised votes later this year on a bill dealing with migrant agricultural workers and requirements that employers use a government online system to verify workers’ citizenship. The Republicans spoke on condition of anonymity to describe private talks.

Meadows told reporters that the vote on the second immigration bill might not occur until later this month.

No law requires those children to be taken from their parents. A 2-decade-old court settlement requires those who are separated to be released quickly to relatives or qualified programs. Republicans are seeking language to make it easier to keep the families together longer, said several Republicans.

Trump last year terminated the Deferred Action for Childhood Arrivals program, or DACA, though federal court orders have kept the program functioning for now. Hundreds of thousands of young immigrants have benefited from DACA or could qualify for it, and moderates want legislation that would give these so-called Dreamers a way to become legal residents and ultimately citizenship.

Conservatives have derided that step as amnesty for lawbreakers and have resisted providing a special pathway to protect them.