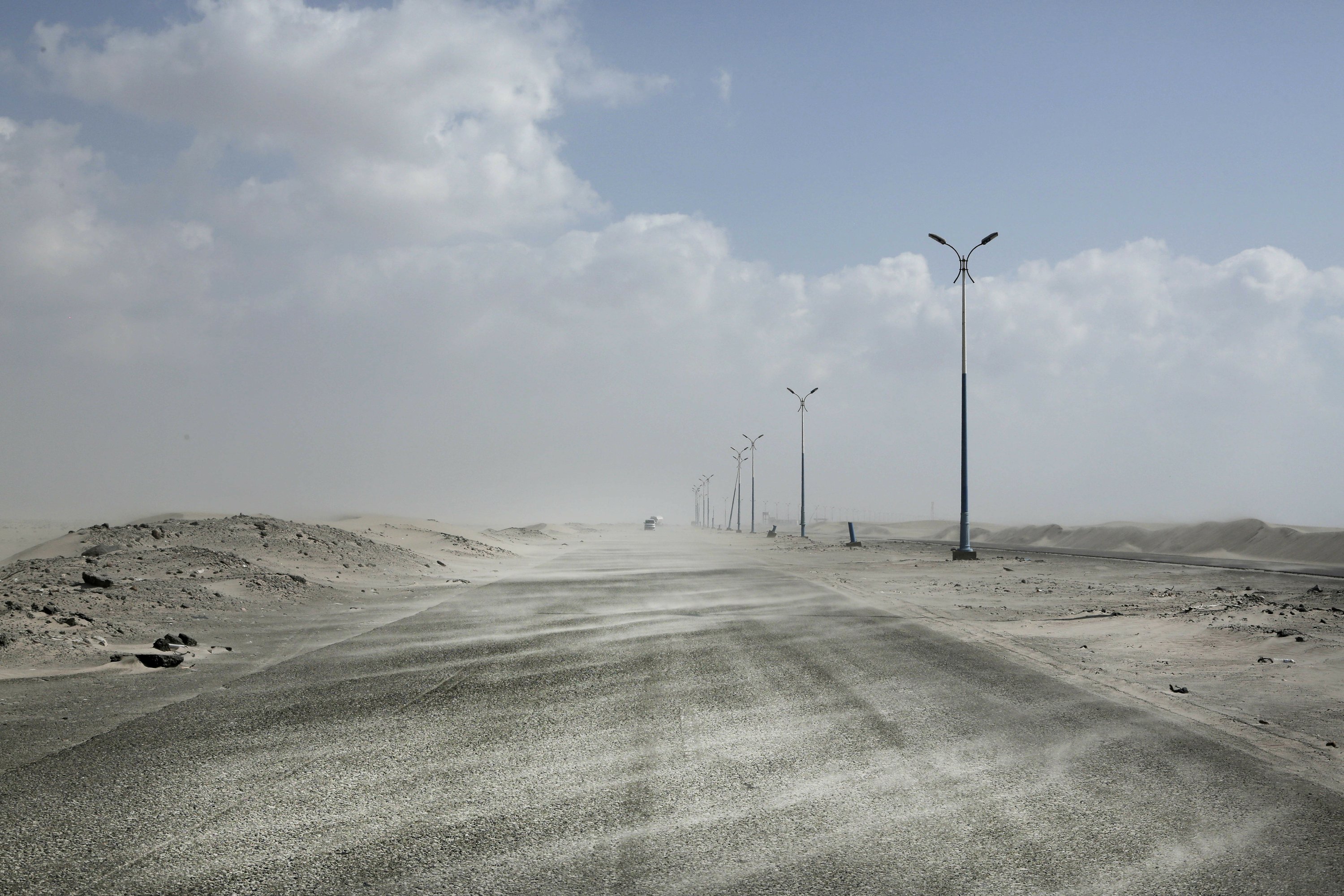 ADEN, Yemen — The mood is eerie on the mostly empty streets of Aden, Yemen’s southern port city and designated seat of government that has suffered three years of civil war.

Damaged buildings are hollowed-out versions of their former selves, a testament to past lives and aspirations of inhabitants who now scrape by on aid handouts and the bare minimum for survival. Shot-up storefronts and apartment blocks, carcasses of burnt-out armored vehicles and signs marking minefields now define the cityscape along the sea.

Violence, famine and disease have ravished the country of some 28 million, which was already the Arab world’s poorest before the conflict began. The conflict pits a U.S.-backed, Saudi-led coalition supporting the internationally recognized government, which has nominally relocated to Aden but largely lives in exile, against rebels known as Houthis.

Crumbling, empty billboards line Aden’s rubble-strewn streets. An old Mercedes-Benz dealership, once a peg in a thriving commercial center that sprang up under colonial rule, sits empty and pockmarked with bullet holes. Its damaged sign now stands over bay windows boarded up by people sheltering inside. With the war still raging, nothing is being rebuilt.

Since the Saudi-led coalition began its bombing campaign against the rebels in 2015, the U.N. estimates that some 10,000 civilians have been killed. Millions need humanitarian assistance and have been forced to flee their homes.

On the beach, old pleasure venues also lie empty, broken and deserted. A shattered night club and a vacant children’s theme park are ghostlike reminders of generations past.

Even with a civil war in full swing, people seek some simple recreations and acts of normal life — young men get haircuts and women visit salons where a blow-dry costs 200 Yemeni Riyals ($0.80).

Wedding boutiques are open till late at night, salesmen inside chewing stimulant qat leaves to pass the time. “Women come in and look at some dresses, but they are expensive for people now, so it’s hard to sell,” said one clerk.

“I am engaged and want to get married but how can I in this situation when I do not have a job?” said a nearby youth, who like most young men here has recently taken part in the fighting.

The AP’s reporting on the war in Yemen is supported by a grant from the Pulitzer Center on Crisis Reporting.