What to know about Yemen’s yearslong war 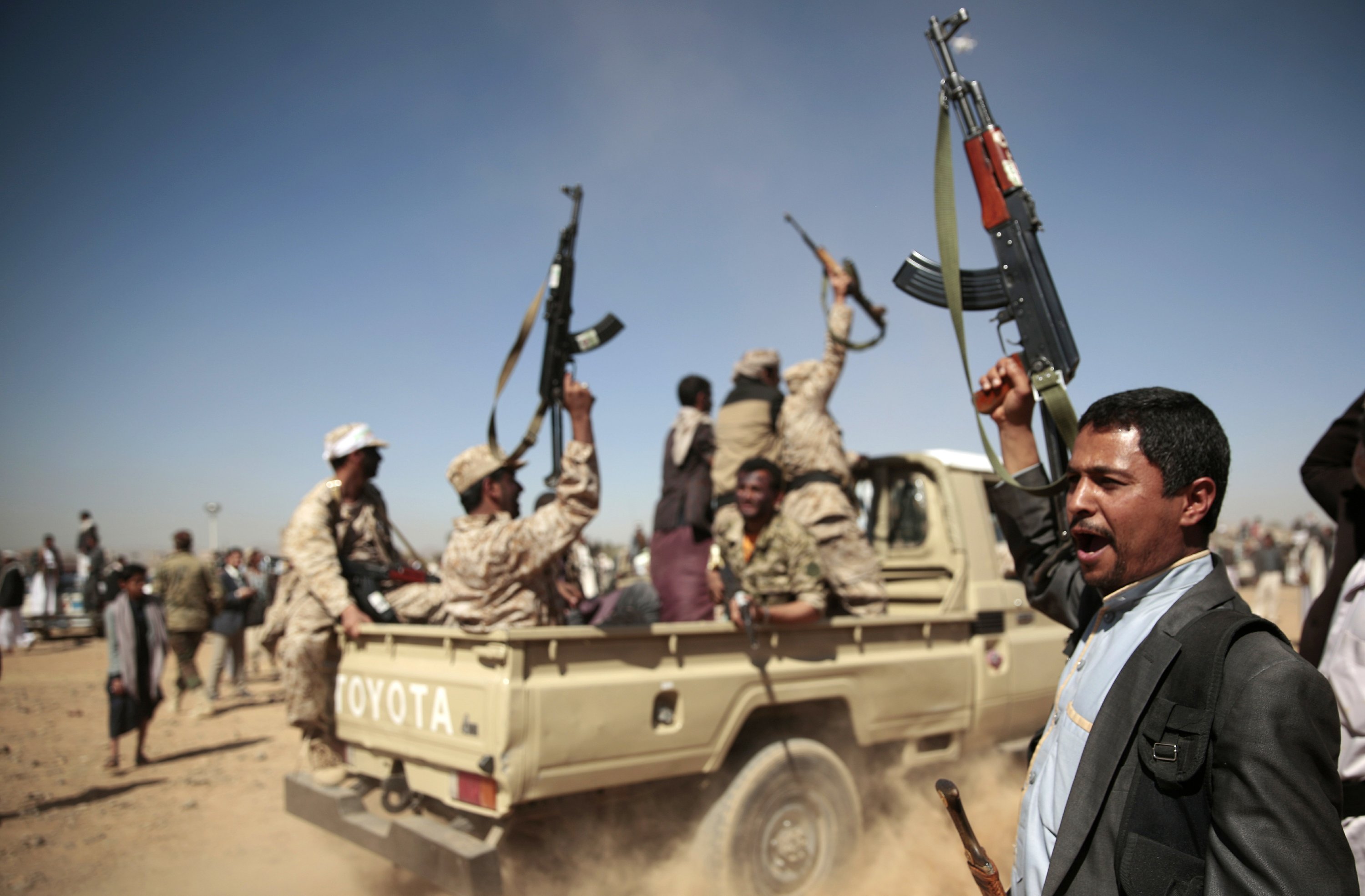 DUBAI, United Arab Emirates — Yemen’s yearslong war between Shiite rebels and a Saudi-led coalition backing its exiled government has escalated with an assault on the insurgent-held port city of Hodeida.

Here’s a look at Yemen, its tangled history and the combatants involved in a war that’s sparked what is now the world’s worst humanitarian crisis.

Yemen is an arid nation on the southern tip of the Arabian Peninsula, just a little larger than Spain. Its coasts run along the Gulf of Aden and the Red Sea, as well as a crucial chokepoint between the two bodies of water called the Bab el-Mandeb strait. The strait is one of the world’s busiest shipping corridors and leads to the Suez Canal. It also narrowly separates Yemen from the African nations of Djibouti and Eritrea.

Unlike neighboring Saudi Arabia to the north, Yemen has little oil and natural gas reserves. Yemen also is one of the most water-scarce nations on the planet even in peacetime. Three-fourths of its 22 million people now need humanitarian assistance to survive. Nearly 80 percent live on less than $3.20 a day, according to the World Bank.

Yemen has seen decades of war, first with the 1960s civil war that ended North Yemen’s monarchy. Fighting between Marxist South Yemen and the north followed. Yemen unified in 1990, but resentment persisted under 22 years of kleptocratic rule by Ali Abdullah Saleh.

Saleh served as a somewhat-trusted U.S. ally in the wake of the 2000 al-Qaida bombing of the USS Cole as it refueled off Yemen’s port city of Aden, killing 17 sailors. He allowed American forces to deploy to Yemen and conduct drone strikes on suspected al-Qaida militants, which also killed civilians. However, many Americans long suspected duplicity on the part of Saleh, who once described the challenge of navigating Yemen’s complicated tribal politics as “dancing on the heads of snakes.”

Yemen’s 2011 Arab Spring protests ultimately forced Saleh to resign, but he continued to wield power behind the scenes and maintained the loyalty of many armed forces commanders. In 2014 he formed an alliance with a group of Shiite northerners called Houthis — who he had gone to war with in the past — and helped them capture the capital, Sanaa.

As the Houthis and their allies marched south and then threatened to capture the port city of Aden, Saudi Arabia announced in March 2015 it would lead a coalition of Arab nations to join the conflict. The kingdom soon hosted President Abed Rabbo Mansour Hadi and his government in exile in Riyadh, the Saudi capital.

The coalition divided responsibilities, as the United Arab Emirates worked in southern Yemen to organize loyalist and irregular forces, while Saudi Arabia ran a campaign of airstrikes and fought border skirmishes with the Houthis to the north. But soon, trouble began.

A United Nations report said coalition airstrikes were responsible for 60 percent of civilian deaths over a yearlong span starting in July 2015. Saudi airstrikes hit civilian markets and hospitals, sparking international outrage. A coalition decision to block ports in Yemen, a nation reliant on food imports, pushed the country to the brink of famine, according to aid groups.

The UAE has set up secret detention centers in southern Yemen where prisoners were reportedly tortured, something denied by the Emirates. The UAE has worked with secessionists in south Yemen who have engaged in deadly clashes with Hadi’s forces. Most recently, the UAE faced anger for deploying troops to the Yemeni island of Socotra in the Arabian Sea.

The Houthis meanwhile have laid land mines killing and wounding civilians, targeted religious minorities and imprisoned opponents. They also killed Saleh, who survived an earlier assassination attempt in 2011, in December 2017 when he appeared to have switched sides to back the Saudi-led coalition.

The Saudi-led war shows the neoconservative policies of Saudi Crown Prince Mohammed bin Salman, the son of King Salman and the architect of the coalition intervention in Yemen, and Abu Dhabi’s powerful Crown Prince Mohammed bin Zayed Al Nahyan. The two rulers view the Houthis as direct proxies of an Iran emboldened by its battlefield successes in Iraq and Syria. The U.N. and Western nations say Iran has supplied the Houthis with weapons, from assault rifles to the ballistic missiles they have fired deep into Saudi Arabia, including at Riyadh. Meanwhile, an affiliate of the Islamic State group has conducted a series of bloody attacks in Yemen amid the chaos.

The U.S. is not directly involved in dropping bombs in the conflict, but has aided the Saudi-led coalition. It has offered targeting information in hopes of protecting civilians, while also offering refueling for coalition aircraft. It has, however, fired shots in anger in the conflict. In October 2016, the American destroyer USS Mason came under missile fire twice in the Red Sea from Houthi-held territory in Yemen, according to the U.S. Navy. In response, the Navy said it fired Tomahawk missiles at three coastal radar sites held by the Houthis — the first direct American attack in the war.

The U.S. also kept up its campaign of drone strikes targeting al-Qaida. In January 2017, a U.S. raid led to the death of a U.S. Navy SEAL and 30 other people, including women, children and an estimated 14 militants. It marked the first military action in Yemen under President Donald Trump.

Amid the Hodeida campaign, the U.S. “does not command, accompany, or participate in counter-Houthi operations,” said Marine Maj. Adrian J.T. Rankine-Galloway, a spokesman for the U.S. military’s Central Command.

“We do not provide or vet coalition targets and there are currently no plans to provide offensive targeting support of any kind,” Rankine-Galloway said.