10 Things to Know for Friday 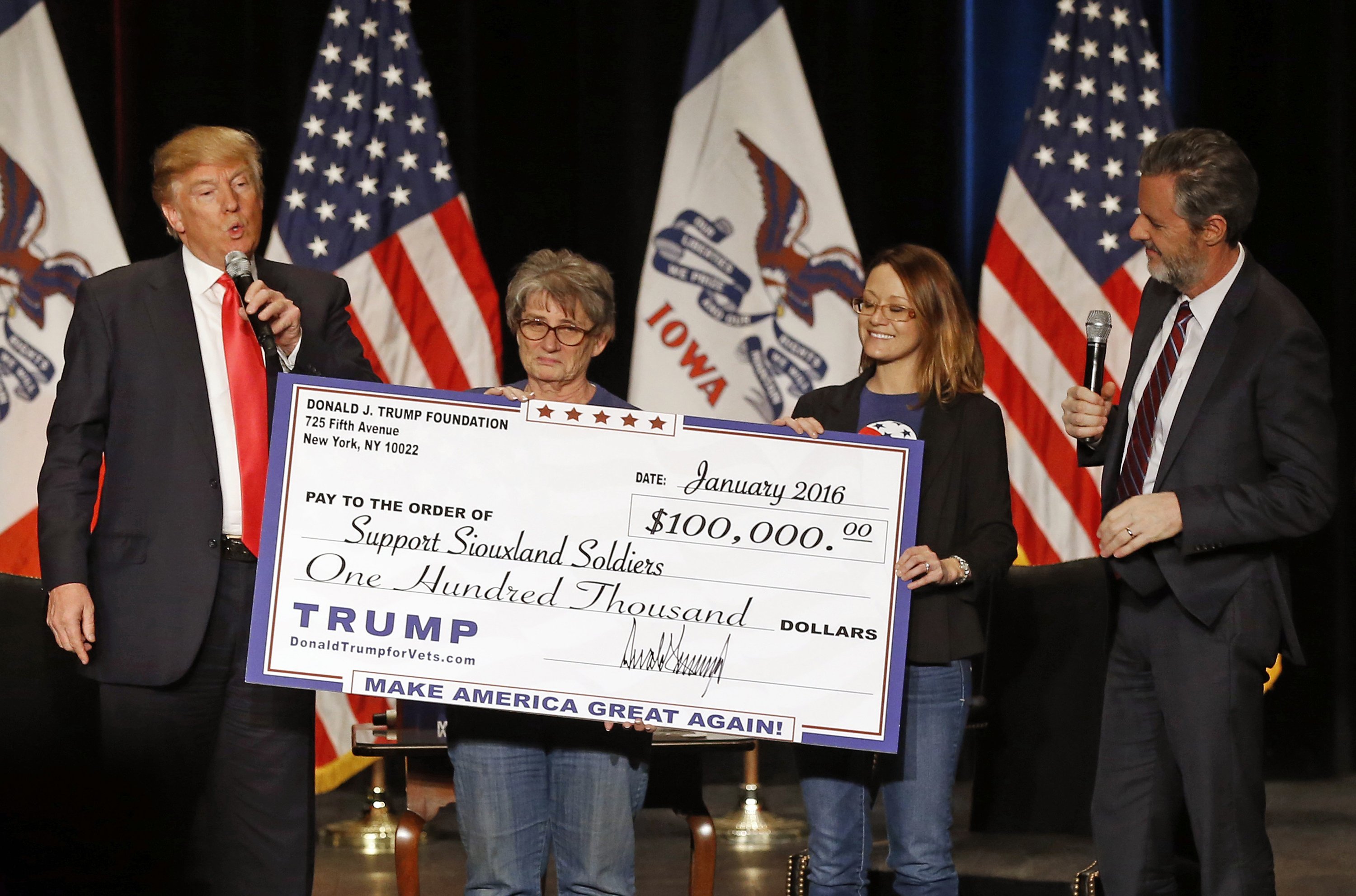 Your daily look at late-breaking news, upcoming events and the stories that will be talked about Friday:

New York’s attorney general filed a lawsuit accusing Donald Trump of illegally using money from his charitable foundation to settle disputes involving his business empire and to burnish his image during his run for the White House.

In a stinging report, the Justice Department watchdog said that former FBI Director James Comey was “insubordinate” in his handling of the Hillary Clinton email investigation during the 2016 presidential election, but found no evidence that Comey was biased.

Congressional Republicans distanced themselves from the Trump administration’s policy of separating children from their parents at the southern border even as the White House cited the Bible in defending its “zero tolerance” approach to illegal border crossings.

4. TRUMP’S HALT OF ‘WAR GAMES’ COULD WEAKEN DEFENSES IN KOREA

President Trump’s decision to suspend major U.S. military exercises in South Korea could weaken allied defenses, depending on the length and scope of the hiatus. But the potential for diplomatic damage seems even greater.

5. WHERE FIGHTING BETWEEN SAUDI-LED TROOPS AND YEMEN REBEL FORCES HAS EXPLODED

The Saudi-led coalition backing Yemen’s exiled government captured a town south of a key port city, on the second day of an offensive to capture the strategic harbor that is the main entry point for food in a country teetering on the brink of famine.

San Francisco’s incoming mayor knows the yawning gap between rich and poor firsthand, having been raised by her grandmother in the city’s drug- and violence-riddled projects. Now London Breed must unite a wealthy but conflicted San Francisco, where homeless tents and human waste fester on sidewalks.

7. WHAT US TEENS ARE DOING LESS OF

Fewer U.S. teens are smoking, having sex and doing drugs these days. And they’re drinking less milk, too.

8. WHY MANY ANIMALS ARE SHIFTING FROM DAY TO NIGHT

A study shows that besides becoming more vigilant and reducing time spent looking for food, many mammals may travel to remote areas or move around less to avoid contact with people.

9. WHO IS LOOKING FOR ANOTHER BITE OF THE WORLD CUP

Uruguay forward Luis Suarez, condemned for biting an Italian opponent at the last World Cup, is looking for redemption this time in Russia.

D.J. Fontana, a rock ‘n’ roll pioneer who rose from strip joints in his native Shreveport, Louisiana, to the heights of musical history as Elvis Presley’s first and longtime drummer, has died at 87.