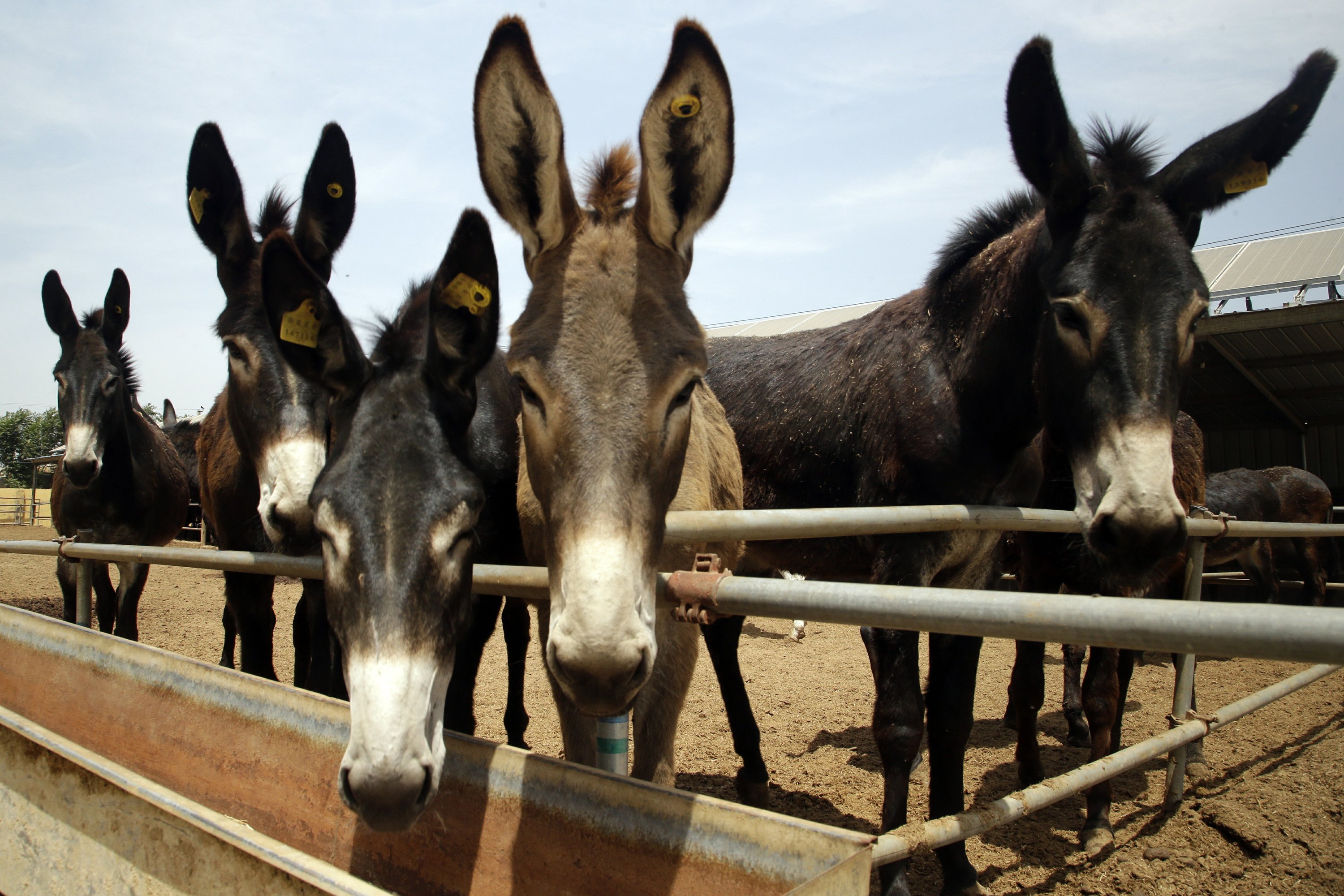 NAIROBI, Kenya — Dawn was just beginning to break when Joseph Kamonjo Kariuki woke to find his donkeys missing. The villager searched the bush frantically for the animals he depends on to deliver water for a living, but they were nowhere to be found.

It was the village’s children who led Kariuki to the ghastly remains: three bloody, severed donkey heads lying on the ground.

“I was in shock,” said Kariuki, 37, who is known in his Kenyan village of Naivasha as “Jose wa Mapunda” — “Joseph of the Donkeys” in Swahili.

Kariuki believes his donkeys were the latest victims of a black market for donkey skins, the key ingredient in a Chinese health fad that’s threatening the beasts of burden many Africans rely on for farm work and transporting heavy loads.

From Kenya to Burkina Faso, Egypt to Nigeria, animal rights groups say, agents are seeking to feed China’s insatiable appetite for a gelatin they call ejiao (pronounced “uh-jee-ow”), made from stewed donkey skins that purports to provide health benefits.

Shrinking donkey herds in China have driven ejiao producers to seek out donkey skins from Africa, Australia and South America, threatening the world’s donkey population and driving violent crime and protests across Africa, the activists say.

Kariuki founded a protest group “Tunza Punda Wako” or “Take Care of Your Donkey” in Swahili. They’ve picketed the abattoir in Naivasha, accusing it of driving the skin thefts.

“At this rate we will tell our children that donkeys once existed,” he said.

Fourteen African governments have banned the export of donkey skins, according to the U.K.-based animal welfare group Donkey Sanctuary.

In Kenya, the donkey population has fallen in the past nine years by a third — from 1.8 million to 1.2 million. Kenya’s three licensed slaughterhouses butcher 1,000 donkeys a day to supply skins to China, said Calvin Onyango, program development manager of the Donkey Sanctuary Kenya.

“We do not have many donkeys and most people do not want to sell their donkeys. So to keep supplying these slaughterhouses, we have ended up with businesspeople or brokers stealing other people’s donkeys to supply the slaughterhouses,” Onyango said.

Onyango said that the rate at which donkeys were being slaughtered meant that there could be none left in five years.

From Kenya, the donkey hides travel thousands of kilometers (miles) to China. Many of them end up in an eastern town called Dong’e, where most of the world’s ejiao is made.

On the road into Dong’e, billboard after billboard proclaims the purported curative powers of the gelatin.

“Ejiao, eat for a long life, lose weight, and get more energy,” reads a slogan printed on the side of a hotel dedicated to gelatin tourism.

Farmers raise hundreds of donkeys in metal-roofed dirt paddocks surrounding the town. Most donkeys at three farms The Associated Press visited were tagged with the initials of the Dong’e Ejiao Corporation Limited, or DEEJ, the nation’s largest producer of donkey gelatin.

The company processes about 1 million skins a year and makes up 63 percent of the ejiao market, according to the Forward Industry Research Institute, a Chinese market research firm. DEEJ says in its latest annual report that its profits rose 10 percent to $313 million last year.

DEEJ president Qin Yufeng declined to be interviewed but sent a statement to the AP saying ejiao has benefited more than 20,000 poor households in 1,000 towns.

Qin said the soaring demand for ejiao isn’t the reason that donkey populations are shrinking. Rather, fewer donkeys are being bred, he wrote, because they’ve been increasingly replaced by machines on farms.

Guo Fanli, an economist in the southern city of Shenzhen, said Qin and DEEJ have inflated ejiao’s value by marketing what was typically used for what was believed to be its blood-boosting properties as something with far wider benefits to body health and beauty.

“By enriching the cultural meaning of ejiao, and overstating its actual effects, the company has successfully made it into a health product with multiple uses that can be bought as a gift,” Guo said.

“The more it has been hyped, the more miserably it could fall,” he said.

Others have echoed skepticism of ejiao’s uses. China’s government health agency said ejiao marketing was based on “superstitious concepts.”

“Donkey hide is just ‘boiled donkey skin,'” the commission said in a February statement on the micro-blogging site, Sina Weibo. The commission took down the post after an uproar among traditional medicine enthusiasts.

One such advocate is Fu Yanlin, a professor at Beijing University of Chinese Medicine, who says he often prescribes ejiao to the 100 patients he sees a week for urinary, cardiovascular, gynecological and other ailments.

In response to the surging demand, state-built donkey abattoirs have sprung up in the African nations of Namibia, Tanzania, Kenya, Ethiopia and Botswana. Niger’s hide exports tripled. Botswana slaughtered 3 percent of its total donkey population in six months, according the Donkey Sanctuary.

More than 2 million of the world’s 44 million donkeys are killed for their skins every year, according to Donkey Sanctuary.

In rural parts of western Zimbabwe, there are often more donkeys than cars on the roads. Farmers like the Chingodza family are resisting market pressure to sell their donkeys, vital for farm work and transportation to the biggest nearby town, Seke, about 40 kilometers (25 miles) outside of Harare.

“I like my donkeys. They help a lot and are dear to me,” said Jeffrey Chingodza, 65, as he put a yoke on a donkey. “I won’t sell for export to Chinese abattoirs,” he said.