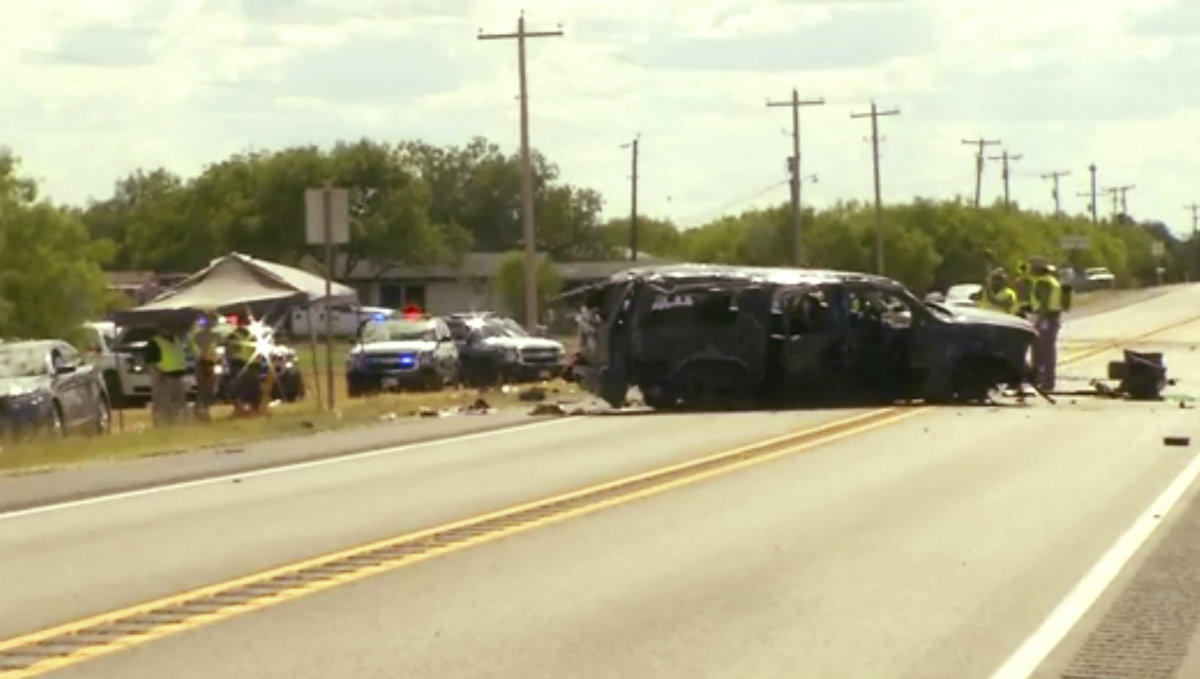 BIG WELLS, Texas — At least five people were killed and several others hurt Sunday as an SUV carrying more than a dozen people crashed while fleeing from Border Patrol agents in South Texas.

The SUV went out of control at more than 100 mph and overturned on Texas Highway 85, ejecting those inside, Dimmit County Sheriff Marion Boyd said.

Four victims were dead at the scene, according to the Texas Department of Public Safety. A fifth person died at a hospital.

“This, I think, is a perfect example, of why are borders need to be secured,” Boyd said.

Some injured were taken by helicopter to San Antonio, about 90 miles (144.83 kilometers) northeast. Dimmit County is directly north of Webb County and east of Maverick County, which border Mexico.

The incident comes amid heightened tensions over the treatment of immigrants at the southern border. The Trump administration has said tougher immigration policies — even separating children from their parents — are needed to deter immigrants from coming to the country illegally. Over a six-week period ending in May, about 2,000 children had been separated from their families, administration officials said Friday.